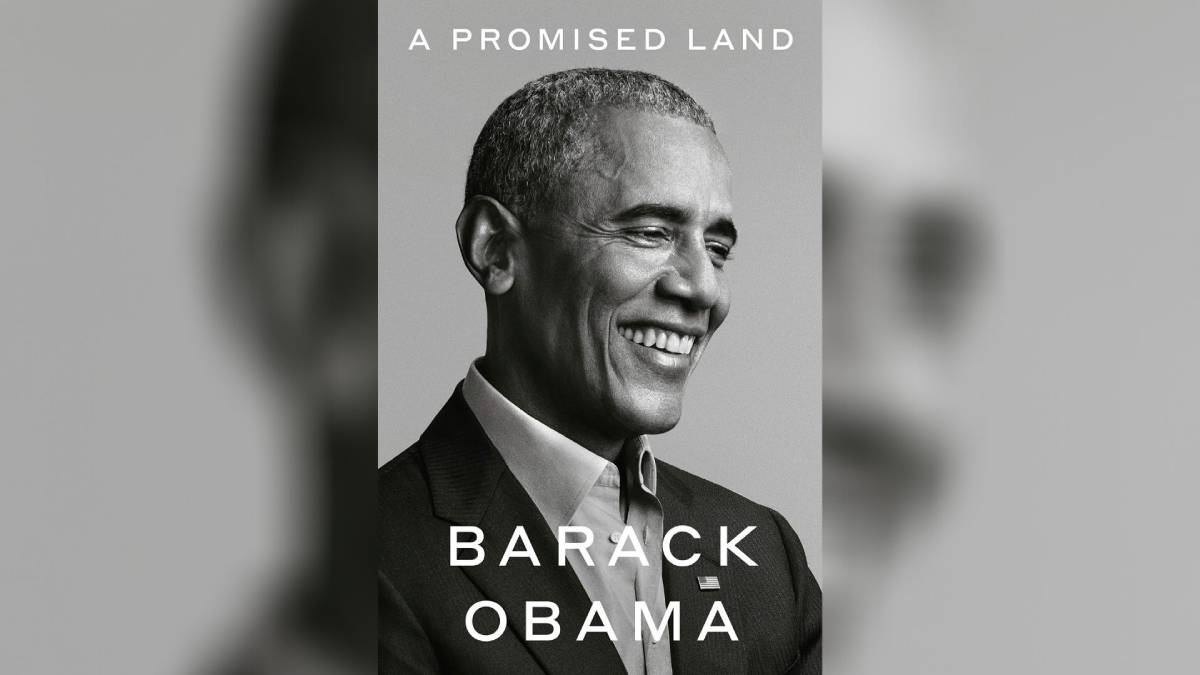 Courtesy of Crown Publishing Group
In his memoir, “A Promised Land,” President Barack Obama had the potential to come to terms with the shortcomings of his administration, but instead he creates an idyllic image of himself. The book is well written for a political memoir, but it is not truthful.
By Elijah de Castro — Staff Writer
Published: December 9, 2020

Former President Barack Obama is having an existential crisis.

The vision of the future that won him the White House in 2008 and the America he lives in today are phenomenally — almost pricelessly — different. So, in the midst of the Frankenstein’s monster that is 2020 American politics, Obama released his memoir, “A Promised Land,” in hopes to find out who he is and where his seat in history will be.

However, for readers to open “A Promised Land” expecting a tell-all story about Obama’s presidency, warts and all, would be dangerous. Readers will only see Obama how he wants them to see him, regardless of how many pretenses and watered-down excuses he makes in the process.

The very beginning of the book, in which Obama describes his early life, is charming and inoffensive. Perhaps the best part, Obama shares charmingly nostalgic stories of his life as a young college student, reading Fyodor Dostoyevsky and talking with friends about his love for the potential of America. The sweet Obama vibe that readers would hope for is present in the early chapters, this makes the rest of the book all the more disappointing.

As Obama grows older and enters politics, the many problems with the book begin to arise. It’s not that the quality of Obama’s writing is particularly bad. For a political memoir, “A Promised Land” is actually pretty well written. Rather, it’s that Obama picks and chooses what events to include, and when he does choose to include something damaging to his image, he diminishes it with bureaucratic justifications.

Eventually, the charismatic Obama magic begins to fade. Obama’s time as a senator, his primary against former Secretary of State Hillary Rodham Clinton, and his eventual election was historically dominated by the George W. Bush administration. So when Obama begins to criticize the Bush administration’s foreign policy, the hypocrisies begin.

While writing about his early years as a U.S. senator from Illinois, Obama writes, “Flying back to the United States, I couldn’t shake the thought of those kids paying the price for the arrogance of men like Dick Cheney and Donald Rumsfeld, who’d rushed into war based on faulty information and refused, still, to fully consider the consequences.”

Obama of course, granted immunity to the George W. Bush administration for the Iraq War and its torture program that included waterboarding, the same torture technique that America prosecuted Japanese war criminals for after the Second World War.

There is no shortage of excuses, either. Later on in the book, Obama describes why he sacrificed fighting for his campaign promise of universal health care in order to preserve his image as president.

“‘So what are we saying here?’ I asked. ‘That despite having the biggest Democratic majorities in decades, despite the promises we made during the campaign, we shouldn’t try to get health care done?’ [Rahm Emanuel, former White House chief of staff,] looked to [political consultant David Axelrod] for help. ‘We all think we should try,’ Axe said. ‘You just need to know that if we lose, your presidency will be badly weakened.’ … I stood up, signaling that the meeting was over.”

Most of the book, with the exception of the first few chapters, feels like an elaborate scheme for Obama to weasel his way out of the truth. When Obama includes a story that could be misconstrued as something that could tarnish his image, he includes slippery rationalizations that make the book frustrating and deceitful.

So, in many ways, the book cannot be trusted. If readers are looking for a factual account of the events of Obama’s administration, they are not going to find it in “A Promised Land.”

Obama addresses “A Promised Land” to the “next generation” that wishes to “remake the world.” The “next generation” that Obama is referring to is the skull-cracking, social-media-toting activists of Generation Z, who have responded to the failure of the administration that Bush, Obama and President Donald Trump have preserved. Obama trying to butter up young readers with platitudes and excuses will come across as slick and dishonest.

Despite being 768 pages and approximately $50, “A Promised Land” is what it is: a blank slate in which readers can project their previously existing feeling’s about Obama onto the page for validation. Perhaps the memoir’s second volume will include honesty and lack the political jargon present in “A Promised Land.”

So, until then, to be continued.