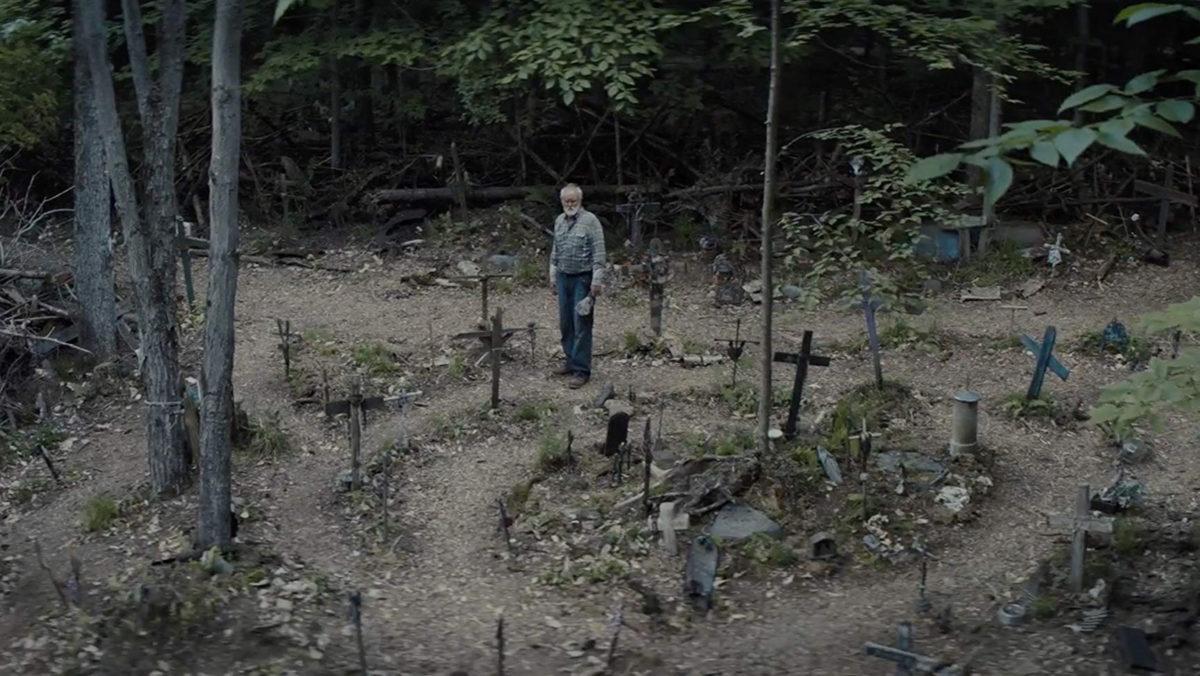 Di Bonaventura Pictures
"Pet Sematary" offers up true creepiness, especially through the camera work. The movie as a whole lacks a personality and direction but the combination of dread and aesthetic makes up for some of the flaws.
By Tyler Obropta — Staff Writer
Published: April 15, 2019

If an ominous phantom tells you not to mess with the barrier between life and death, you’d think you should listen to him. But this is “Pet Sematary,” a film in which little girls run into the woods unattended and otherwise rational people ignore obvious warning signs.

Reinterpreting Stephen King’s novel after the campy 1989 adaptation, directors Dennis Widmyer and Kevin Kölsch change the wallpaper of this movie but keep the structure: an overworked ER doctor (Jason Clarke), his wife (Amy Seimetz), daughter (Jeté Laurence) and son (Hugo and Lucas Lavoie) move into a house in the woods, where trucks scream down the nearby highway. The kids and the cat get a little too close to the road, and an eerie pet cemetery lurks in the woods while an even more unsettling place resides beyond it — basically, everything that “The Cabin in the Woods” parodied eight years ago.

But the slickly produced remake compels one to forget that this has all been done before in countless other horror films, probably with fewer horn-honking, truck-related jump scares. As much as it regurgitates horror tropes, “Pet Sematary” is effectively chilling.

Clarke excels as Louis the sympathetic doctor, proving he’s better in films where not much is expected of him. Playing the terrified wife, Seimetz doesn’t get much to do besides gape and scream, and their daughter, Ellie, is similarly prop-like. Their well-meaning but ominous neighbor, Jud Crandall (John Lithgow), elevates the film, his grandfatherly warmth and scruffy charm toward Ellie tempering its more sadistic elements.

Lithgow and Clarke revel in King’s characteristic flannel shirt erudition. Lines about the sourness of the earth and the stoniness of a man’s heart land heavy with portent, not with a nudge and a wink.

“Pet Sematary” heaps on the dread, particularly in the first half, when the line between reality and fantasy blurs. From the discovery of the gravesite in the woods — founded by children, hence the perturbingly misspelled signs for the “Pet Sematary” — the film is watch-between-your-fingers scary, and not just for spelling fanatics.

Most of that creepiness is due to the camerawork from Laurie Rose. Every frame leaves enough empty space and shadows in the corners that any number of undead creepies could be prowling around back there. Nothing ever pops out — the film isn’t smart enough for that — but it’s properly frightening nevertheless.

Ultimately, this is popcorn horror, lacking the nuance of recent genre touchstones like “The Witch” and “Hereditary.” It’s more accessible, sometimes to a fault. “Pet Sematary” is B-grade material woven from A-grade King, tossing out most of the book’s slow-burn pacing and exploration of trauma. This isn’t “The Haunting of Hill House,” where the writers have 10 hour-long episodes to unearth all manner of family agonies and tragedies — “Pet Sematary” restricts itself to a tight hour and 41 minutes, prioritizing scares and atmosphere over all else, characters be damned.

Consequently, Clarke and Seimetz are eventually turned into wayfaring grief machines by a film that seems in a hurry to get itself over with. “Pet Sematary” stops being shocking and starts being fun when they’re given less complicated stuff to work with, when their suffering is taken out of the spotlight.

Save for that deliciously, ferociously frightening final reel, there’s little personality to the direction. Scenes feel hollow and wooden, and everything looks over-designed. Even the moonlit swamp in the woods looks sterile and flat.

Of course, the otherworldly space beyond the cemetery — where the soil can bring the dead back to life — is an ancient Native American burial ground. Cutting so heavily from the novel means details like the natives’ backstory get excised. Perhaps King addressed it more tastefully there, but in 2019, to make a Native American burial ground the mystical catch-all behind the supernatural goings-on feels like a privileged author’s massaging of his white guilt. Colonizing Americans slaughtered native people by the millions, and King’s story turns their suffering into otherworldly retribution. Perhaps King could just write a novel about Native American experiences instead of tokenizing their trauma so a white guy can bring his cat back to life.But if the cat doesn’t get reanimated, the ball wouldn’t be rolling for one of the more fun and creepy — albeit disposable — big-studio horror films of recent memory. Sometimes dead is better, but it’s fortunate that “Pet Sematary” was able to come back.