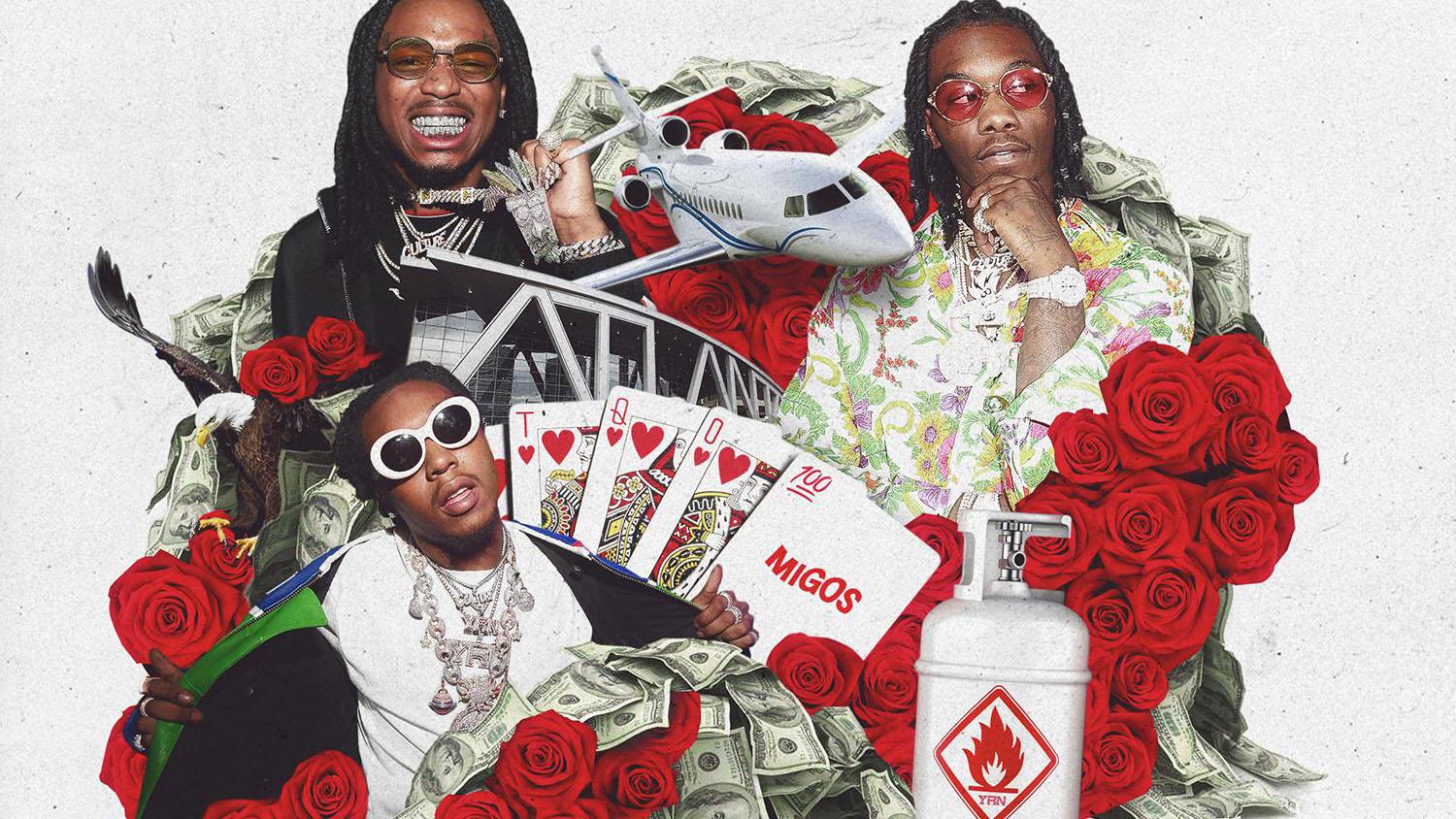 A three-man rap group plus a 24-song album plus 10 features from different artists equals almost two hours of trap music that repeats itself.

In January 2017, Atlanta rap trio Migos, consisting of rappers Quavo, Offset, and Takeoff, set the world on fire with its second studio album, “Culture.” A year later, it released “Culture II,” looking to build on the success of its predecessor by addressing many of the same topics, including “trapping,” a slang term for drug dealing, spending money and “doing it for the culture.”

The end product is a 1-hour–and–45–minute–long behemoth that overindulges in the same ideas and drags on endlessly. Many of the songs are good on their own but struggle to create a successful album. There is no progression because all the songs sound the same.

The first single off the album is “MotorSport,” a catchy track anchored by a smooth beat. It features Quavo rhyming the word “sport” with itself, surrounded by seemingly nonsensical lyrics, such as “Xans, Perky, check, Bill Belichick,” in which Quavo relates Xanax and Percocet to the head coach of the NFL’s New England Patriots.

A major disappointment from the album is “CC,” a song featuring fellow Atlantan Gucci Mane. Collaborations between Gucci Mane and Migos had proven fruitful in the past. However, “CC” lacks the electricity that normally builds when these artists join forces. Unlike their other collaborations, “CC” lacks a compelling hook that keeps the listener interested throughout.

Luckily, the next song “Stir Fry” washes away the mediocrity of “CC” with its creativity. Its rhythmically compelling samples feature creative rapping from all three members of the group. In the third verse, Takeoff switches from a staccatolike rhyme scheme to a smoother, elongated flow.

The fame of featured artists on “Culture II” is emblematic of the success Migos has amassed. Drake, Big Sean, Post Malone, 21 Savage and 2 Chainz leave their marks throughout the album with varying success. Post Malone shines in the chorus of “Notice Me,” a slower song where Quavo takes a backseat to his counterparts. The song presents many of the same “trap” ideologies, such as when Offset raps “Run to the money, we tryna get fitted,” but is layered on top of a delicate, stripped-down beat. This is a change from many of the bass-heavy sounds the group tends to use.

The group swung for the fences on the song “White Sand” with features from Travis Scott, Ty Dolla $ign and Big Sean. The song has the classic structure of a radio hit, with a combination of an upbeat chorus and short verses. It didn’t hit a homerun, but the song’s fast pace is a change from much of the album. It is one of the shorter songs on the album at three minutes and 23 seconds and comes right after “Gang Gang,” another short song and one of the standouts from the album. “Gang Gang” is a smooth, romantic track that feels like a rhythm and blues song at times. It is a different sound for the group that is executed well. Together, the two songs bring the album to life during the repetitive portion of songs in the middle of the album.

“Culture II” exemplifies that Migos is at its best when it breaks the mold of traditional trap music in songs such as “Gang Gang” and “Stir Fry.” However, the album fizzles out well before its end is in sight and does not have enough firepower in the second half to lift up an otherwise average album.