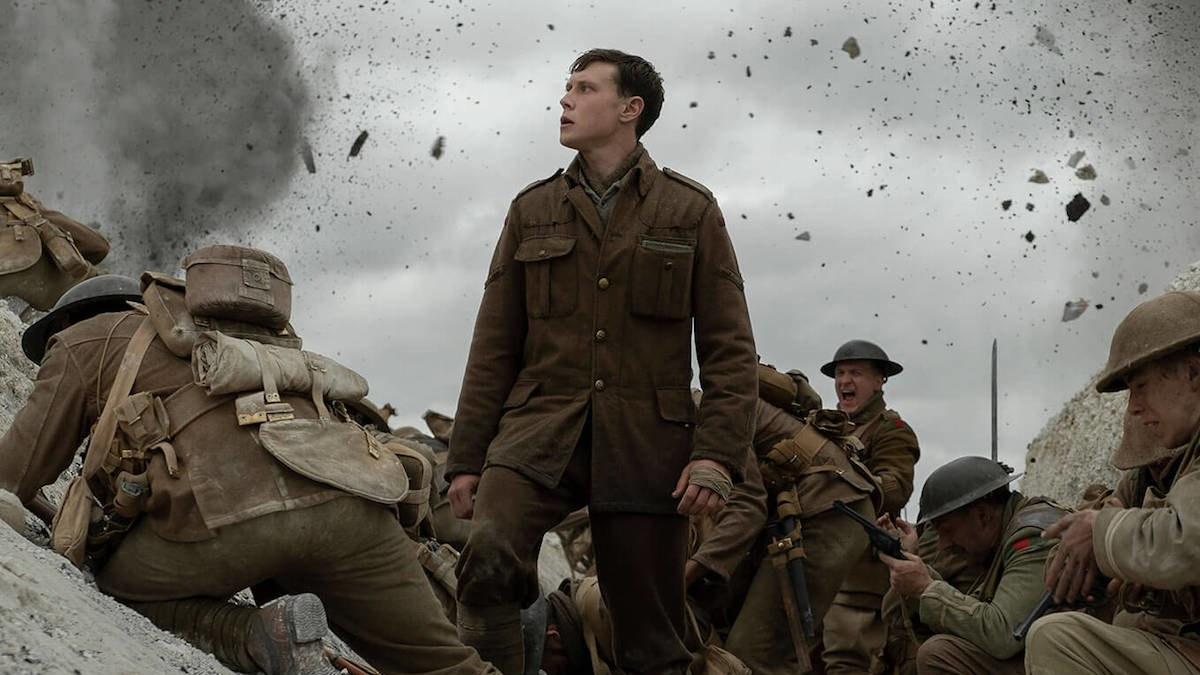 Set during World War I, “1917” is a grand-scaled epic directed and co–written by Sam Mendes. Mendes based the premise of the story loosely on a tale his grandfather told him when he was a boy. The story Mendes creates follows two young British soldiers, Schofield (George MacKay) and Blake (Dean-Charles Chapman), who are sent on a mission to travel across enemy territory to deliver an important letter. The message would ultimately prevent a battalion of 1,600 men from walking into a trap set by the Germans.

Mendes never expands past this premise, leaving a scenario that’s easy for the audience to understand. Because the story is so straightforward, the viewer is able to digest it quickly and take in the high stakes of the situation. The film does not waste much time giving the audience an exposition on Schofield or Blake. It gives the minimum elements of their backstories, allowing their charismatic performances to sell themselves. Precisely, the film’s main focus is to produce a visceral experience made possible by top-notch visual effects. The filmmaking techniques Mendes uses make the viewer feel like they are following the two soldiers on their mission across the battlefield.

Fear and anxiety fill the two soldiers’ heads as they cross no man’s land, which is the unoccupied land between each sides’ trenches. Whether it’s climbing through barbed wires, navigating around corpses or hiding from the enemy, Schofield and Blake come across dreadful obstacles they must overcome. There is a sustained tension throughout the film, and the story continues to find different ways to make the viewer nervous. Certain events, like collapsing bunkers or a German plane crashing onto a farm, build suspense effectively. Between the incredible production design and captivating performances, it is difficult to not feel terrified for these soldiers during every step they take.

The film “1917” separates itself from the typical blockbuster by pushing the boundaries of modern filmmaking, notably in the film’s cinematography by Roger Deakins. For the film, Deakins filmed a series of uncut takes and edited them together in a way that makes the whole film look like one seamless, continuous take. This technique, also used in other films, like “Birdman,” makes the events of the movie feel as if they are moving in real time. The camera often follows behind Schofield and Blake as they walk through areas and pick up items that will be useful later on in the mission.

The nail-biting visuals of terror and destruction appear gloomy and negative. But there is almost a poetic relationship between what is seen on–screen and the film’s themes of love and humanity. These subtle messages actually highlight the positive aspects of these soldiers’ humanity. Rather than just showcasing the mean and tough faces advertised by most war films, the film shows the love and empathy a lot of these soldiers had for each other. By choosing to show the motives that kept these two characters marching on, viewers are given even more reasons to care about the soldiers’ perilous situation.

The goal of cinema is to allow audiences to immerse themselves in another reality. Moving into a new decade, this film serves as a promising example of how filmmakers are still passionate about finding new ways to tell stories. Mendes constructed a film that is not only meant to see in theaters but to make viewers feel like they are experiencing the setting — in this case, the trenches — in real time. Hopefully Mendes’ film will serve as an inspiration to continue to push the boundaries of practical filmmaking.