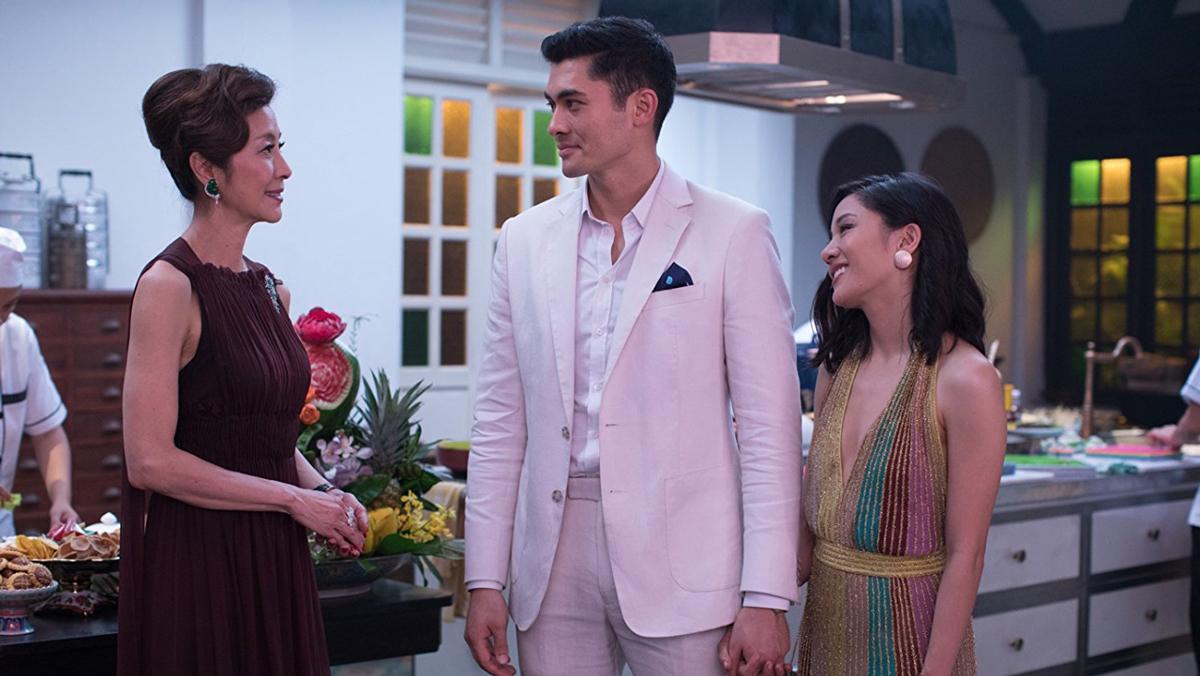 The flashback scene that opens “Crazy Rich Asians” shows an Asian family being denied entry to their hotel room by three white employees due to their race. Little did the hotel managers know that they were discriminating against the Young family, one of the richest families in Singapore, and that they had just bought the entire hotel. This scene is full of symbolism, almost as if the white hotel workers are Hollywood and the Young family represents the rise of Asian-American representation.

Based on the 2013 novel by Kevin Kwan, “Crazy Rich Asians” is the first major Hollywood film to feature an all-Asian cast since 2000’s “Crouching Tiger, Hidden Dragon.” The plot revolves around Rachel Chu (Constance Wu), an Asian-American economics professor at New York University who was raised by Kerry Chu (Tan Kheng Hua). She is asked to travel to Singapore by her longtime boyfriend, Nick Young (Henry Golding), to meet his family and attend his best friend’s wedding. Not only did Rachel suddenly find out that her boyfriend’s family is extremely wealthy, but also that they are strict and traditional. It’s a cliched rom–com premise, but the film doesn’t get bogged down by the more trite plot elements. Nuanced characters, charming performances and well-realized production design help make “Crazy Rich Asians” a delightful viewing experience, despite its lack of originality.

The most intriguing conflict in the film is between Rachel and Eleanor (Michelle Yeoh), Nick’s oppressive mother, who clearly wasn’t a fan of Rachel from the very beginning. In fact, many of Nick’s extended family act very judgmental toward Rachel simply because she was not born and raised in China but in America. This was one of many ways “Crazy Rich Asians” challenged the audience’s racial expectations. Most films focus on one race discriminating against another race, mainly white versus black. This movie further explores the cultural tensions between native Chinese and Chinese Americans.

If anything, the cast is what makes this movie stand apart from the average romantic comedy. Wu and Golding’s strong leading performances particularly stand out as they have amazing chemistry. Both characters face real-world problems, resulting in two relatable and charming protagonists. Peik Lin Goh (Awkwafina) and Wye Mun Goh (Ken Jeong) are two of the funniest personalities who populate the film; they help keep the tone from becoming too serious. Serving as the comedic reliefs, both characters have some stand-out moments that truly improve the film. Astrid Young Teo (Gemma Chan) is the strongest secondary character in the film. Her subplot focuses on her troubled marriage and her complicated relationship with affluence. She is a strong, independent and charismatic woman who will more than likely play a larger role in future sequels.

Beyond the complex themes and representation that this film presents, “Crazy Rich Asians” is a solid film on its own. On its surface, the film can feel very familiar and predictable at times as it follows the textbook rom-com formula. It’s not an innovative story, but it is a well–told one. The cliched plot elements are overshadowed by the lavish visuals and charming characters. For a 30–million–dollar budget, the sets, the costumes and the entire production design are fantastically bright and vibrant. Between the stunning scenery of Singapore and the gorgeous wedding set pieces, it’s hard to be disappointed with the enticing luxury and wealth the film displays.

After directing “G.I. Joe: Retaliation” and multiple Justin Bieber documentaries, director Jon M. Chu finally found his footing. Chu also added some fun artistic elements that differentiate his film from other romantic comedies. One of the best examples of this is Chu’s animated montage that shows how quickly gossip travels. Text messages and social media posts pop up on screen and trace a conversation from a New York bar to a Singaporean estate. It’s a visually rich scene that showcases Chu’s visual flair. From a charming cast to a heartwarming story featuring some gleeful moments and stunning visuals, “Crazy Rich Asians” is a rare film that’s hard to dislike. Not only is this film notable for its representation of women and of the different subsets of Asian culture, but it proves that romantic comedies can still make an impact in an industry dominated by dramas and CGI-filled action blockbusters.