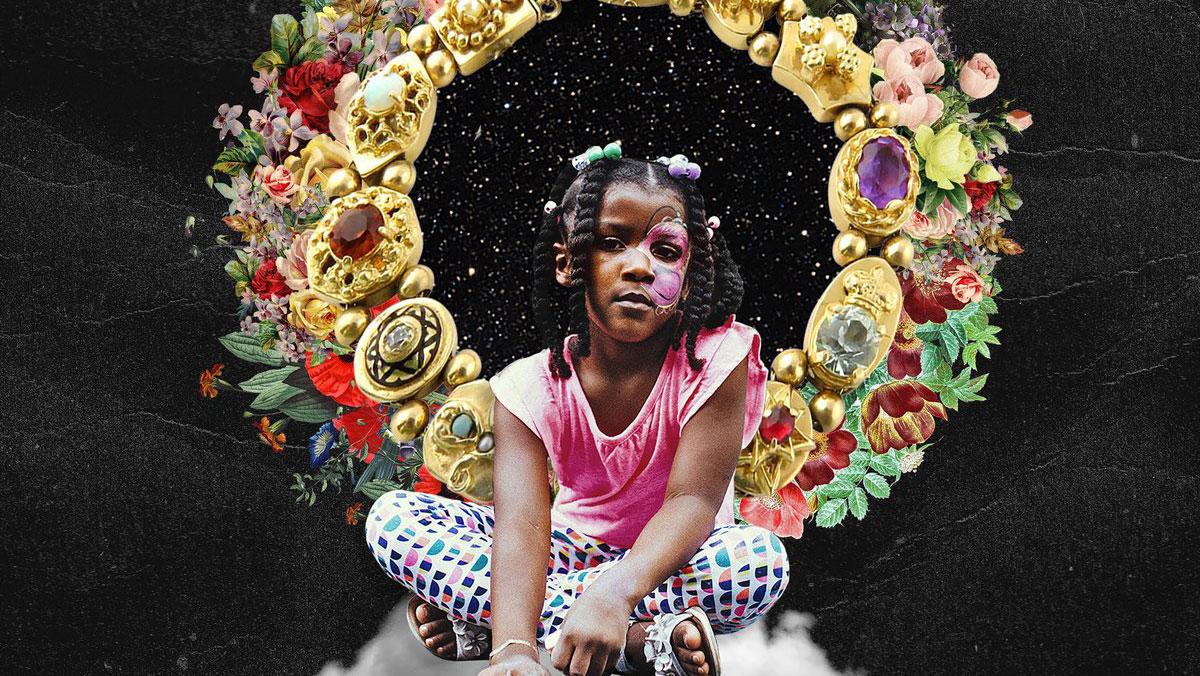 Jamla Records
Rhapsody blends her personal life with cultural drama on her latest album "Laila's Wisdom." Based on advice from her grandmother, "Laila's Wisdom" is an opportunity for Rhapsody to give back to her fans.
By Matt Maloney — Multimedia Editor
Published: October 2, 2017

Talented female lyricists seem few and far between these days, and while Rapsody may not be a household name, her newest album, “Laila’s Wisdom,” showcases her top-tier talent. This project is full of stellar lyricism, clever songwriting and adult themes which put mainstream female rappers to shame.

The title of this album was inspired by Rapsody’s grandmother, Laila, who always told her to “give her my flowers while I can still smell them.” Rapsody explained that she took this album as an opportunity to show people in her life that she loves and appreciates them. She wanted to reflect this idea with this album by giving her fans “flowers” of her own. On the Genius.com page for the song “Laila’s Wisdom,” she says, “Love yourself, have confidence, be inspired by the music or just let it heal you but I feel like that’s what we can do with the music as artists.”

The title track perfectly sets the stage for the tracks that follow by lightly touching on all of the topics featured later on the album. “Laila’s Wisdom” briefly summarizes Rapsody’s state of mind: do what suits her best, be the best that she can be and let the success follow. She makes it clear that she could care less what you think of her because she has already made it. Her life may not be devoid of problems, but she is making the best of it.

Following the introductory song, Rapsody delves into some pretty heavy topics on the rest of this album. Starting by boasting about her talents in “Power,” to describing what she does for those she loves in “Knock on my Door,” Rapsody puts her life on wax on this album.

One of the key themes of this album is Rapsody’s refusal to conform to many modern societal norms and refusal to change her style to fit today’s sound. Songs like “Sassy” and “Black & Ugly” showcase her confidence in the direction that she is going as an artist and as a person. On “Sassy,” she has no qualms with her self-proclaimed tomboy image and reps hard for her hometown of Snow Hill, North Carolina. Then on “Black & Ugly,” she directly asks the listener “How I’m weird cuz I don’t rap ‘bout dumb s— like y’all?” and boasts about her superior skill. The way Rapsody blends braggadocio with maturity in these songs is rarely seen these days in mainstream rap.

“Laila’s Wisdom” is reminiscent of a time in hip-hop when the quality of the music was more important than the potential for mass appeal. When looking at the featured artists on this project, it is apparent that Rapsody picked true lyricists and musicians rather than focusing on who would draw the most traffic. Sure, she has incredibly famous rappers like Kendrick Lamar and Black Thought, but lesser–known and oftentimes underground artists best fit the feel of this eccentric project. For example, Anderson Paak’s soulful, raspy voice on the chorus of “Nobody” fits perfectly with the despairing vibe of the song.
“Laila’s Wisdom” feels incredibly important for the preservation of the classic hip-hop sound. With the ever-widening generational gap in hip-hop, purists will find the sound they are looking for on this project. It would be a cultural injustice to ignore the phenomenal lyrical stylings of Rapsody’s work on “Laila’s Wisdom.”