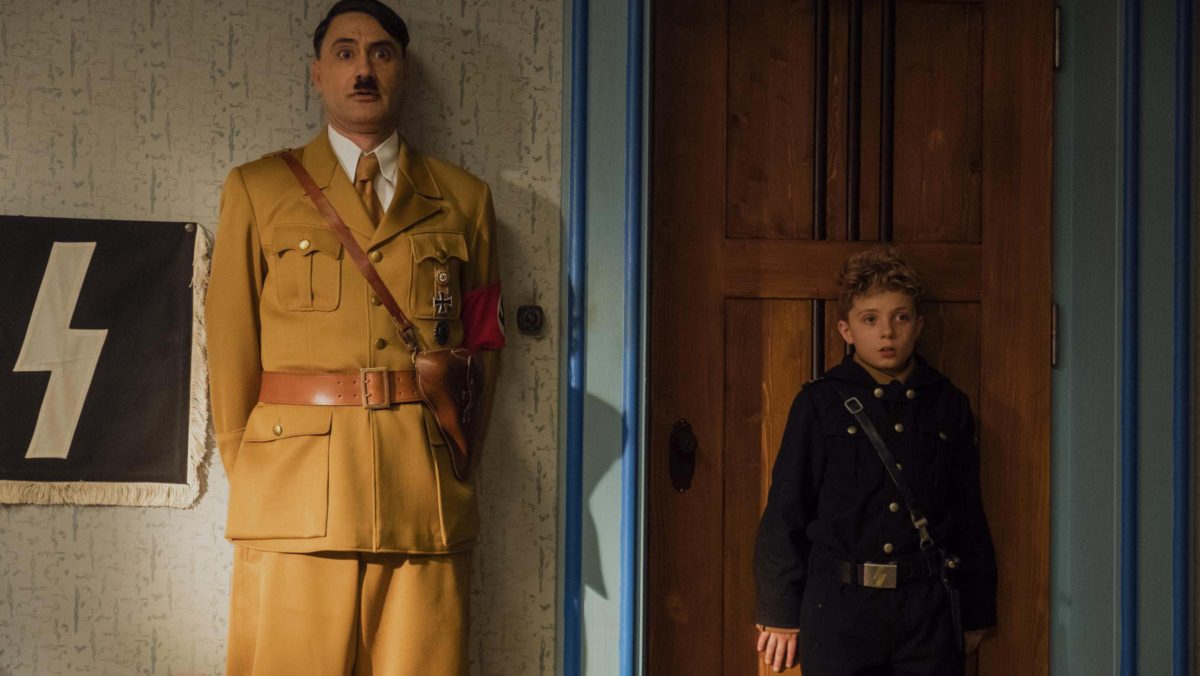 Fox Searchlight Pictures
"Jojo Rabbit" excels in its off-beat comedy, something that is helped by the film's talented cast. Well-versed actors like Scarlett Johansson balance well with newcomers like Roman Griffin Davis, though it is the latter who steals the show.
By Liam Conway
Published: December 3, 2019

Coming off the success of “Thor: Ragnarok,” writer, director and actor Taika Waititi returns to his off-beat style of comedy in “Jojo Rabbit.” Set in 1945 Germany, the film follows a young boy named Jojo Betzler (Roman Griffin Davis) as he begins his journey as a member of the Hitler Youth.

Regardless of any shortcomings, “Jojo Rabbit” is unabashedly a Waititi picture. It strikes the same type of quirky and hilarious tone as his other work. Waititi is a master of self-aware humor, which is evident in his other work, including “What We Do in the Shadows.” “Jojo Rabbit” is no exception, and Waititi’s script carries the same wit and cleverness of his previous work.

As a satirical film told from the perspective of the Nazis, the story is bizarre. The audience is made to feel conflicted from beginning to end, but that’s the point. Jojo himself feels conflicted for much of the film, even when he is unwilling to accept it. It’s this subconscious conflict within Jojo that makes the viewer want to empathize with him despite his enthusiastic participation in the Nazi movement. Waititi worked hard to make sure this film is a farce unlike any other, and overall, it works.

The majority of successful humor comes from the parodying of Nazi customs and ideologies in the Hitler Youth program. It’s not so much about the horrific actions of the Nazis but more about the blind belief people put into the Nazi party. This is the strongest commentary in the film, as the bumbling Nazis blindly salute Adolf Hitler and spout nonsensical and contradictory information.

“Jojo Rabbit” evokes feelings similar to films like “Superbad” or “Wet Hot American Summer” as young Jojo and his friend Yorki (Archie Yates) try to uncover the secrets of adult life. However, instead of focusing on the mysteries behind sex or drugs, they are focused on uncovering information about anyone who is not a blonde-haired, blue-eyed German. This behavior allows for many moments of comedy, including when two young boys hypothesize about what the Russians or the English might do if they invade Germany.

Across the board, every performance is spectacular, but some shine more than others. Griffin Davis has never appeared in a film before, but his work as Jojo is touching. It’s Jojo’s relationship with Elsa (Thomasin McKenzie), a young Jewish girl hiding in his attic, which drives much of the plot. Watching their relationship grow and change brings a warm happiness to the film. Jojo struggles to understand Elsa and has intellectual conversations with his mother, Rosie (Scarlett Johansson), and both give him opportunities to shine.

As the title might suggest, Jojo is the backbone of the film, and he drives every single scene. That being said, the film can get bogged down with scenes of Jojo getting kicked around and bullied, but two characters light up these scenes. The first is Yorki, who should go down in history as one of the cutest characters ever. He quickly becomes an emotional anchor for Jojo, and he offers a wholesomeness that ties the film together.

The second character that offers a break from the low points is Waititi’s Adolf Hitler. Waititi is not playing the man himself but rather Jojo’s imaginary friend that takes the form of Hitler. Adolf supplies much of the comic relief in the film, but watching Jojo talk to Adolf is as endearing as it is disturbing. This balancing act between comedy and drama runs throughout the film, but sometimes it does the story a disservice.

The jokes sometimes give the film a tonal inconsistency when dealing with the tragedies of Nazi Germany. While a majority of the film is spent joking about Nazis, there are moments when the conflict is meant to be taken seriously, and it doesn’t always work. When the film switches gears from the jokes to sequences of actual brutal warfare, it’s unclear how the audience should feel. This lack of clarity makes the third act feel a bit tonally confused, and the payoff is not quite as emotional as it could have been. Despite this, the film manages to tie things up nicely by the time the credits roll.

“Jojo Rabbit” is a successful farce but struggles to make serious scenes carry the impact they deserve. This film fits nicely within Waititi’s filmography and promises an exciting future for his already spectacular career. It is not a perfect film, but it offers a bold and fresh take on World War II that it is more than memorable.