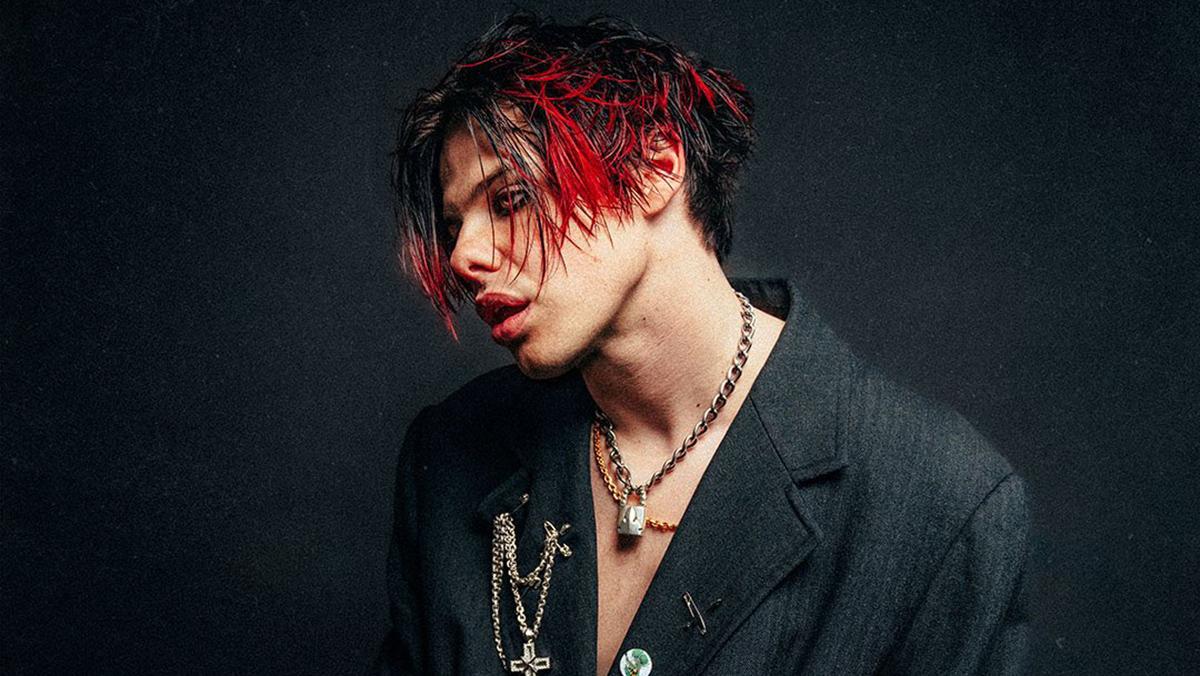 Courtesy of Locomotion Recordings Limited
Despite how easy it is to like YUNGBLUD as a person, his self-titled album is a different story.
By Jess Williams — Contributing Writer
Published: September 14, 2022

YUNGBLUD is an interesting face in this new generation of edgy, commercial alt-rock stars. While not quite as outrageous as Machine Gun Kelly, he’s not competent enough to reach the decency of someone like Willow. YUNGBLUD lacks defining characteristics. Despite this, it’s hard not to find the guy likable. From his personal and confessional (yet often shallow) lyricism to his seemingly genuine passion for activism that he displayed during the California George Floyd protests, where he helped administer first aid to protesters, you don’t have to look hard to find out how he has amassed an adoring fanbase.

Regardless of how easy it is to root for YUNGBLUD, it is hard to say the same thing for his music. His brand of slightly edgy rock and pop-punk is held back by overexaggerated vocals, messy production and eye-roll-inducing lyrics that often seem to make fun of mental illness rather than providing a meaningful perspective on it. Even so, glimmers of genius appear now and then in his catalog, like the ska-kissed “I Love You, Will You Marry Me” or the cute indietronica on the title track of 2020’s “weird!”

His self-titled third LP, “YUNGBLUD,” has a promising start with its first two tracks. “The Funeral” and “Tissues” might be his two most tolerable songs to date, with their irresistible hooks, playful lyrics and trendy 80’s synth leads. The latter especially emulates 2010s indie in the same way that Harry Styles’ “As It Was” did earlier this year. Unfortunately, after this promising first leg, the album takes a turn for the worse.

“YUNGBLUD” struggles to stay interesting, defaulting to the same generic pop-rock tropes while YUNGBLUD drives the song into the ground. His painfully scratchy vocals and shallow portrayals of relationship struggles, light drug use and mental health tarnish the mediocrity of the instrumentals. These themes belong in such a personal, emotionally charged album, but YUNGBLUD struggles to paint them in any nuanced or interesting way. “Sweet Heroine” plays out the tired “comparing a romantic interest to a drug” trope to the point of parody, and “Don’t Feel Like Feeling Sad Today” is such a surface-level description of mental health struggles. YUNGBLUD’s personal and unique experience with his own mental health is pushed to the side to make room for nothing more than the textbook definition of “feeling depressed.”

As with his previous two albums, there are a handful of good ideas that help treat the tedium, like the satisfying chorus on “Don’t Go” or the chipper guitar tones on “The Boy In The Black Dress.” Unfortunately, these moments are few and far between, the bulk of the album consisting mostly of half-baked attempts to capitalize on the trending sounds in pop-rock. There’s only so much indie-rock/pop-punk/emo fusion with 80s synths that can be listened to before it gets headache-inducing.

As a self-titled album, “YUNGBLUD” is more introspective and personal than any of his previous projects. The confessional lyrics have sincerity and emotion behind them, but backed by a generic sound palette and an aversive singing style, YUNGBLUD doesn’t get far on this album. This might be YUNGBLUD’s most mature album to date, but nothing on this record carries a similar punch to some of the more outside-the-box and experimental tracks on his last two efforts. Even though his previous two records are similarly low in quality, at least they tried to do something new. By smoothing over the quirks, YUNGBLUD loses what kept the attention of listeners in his messier, wilder era.