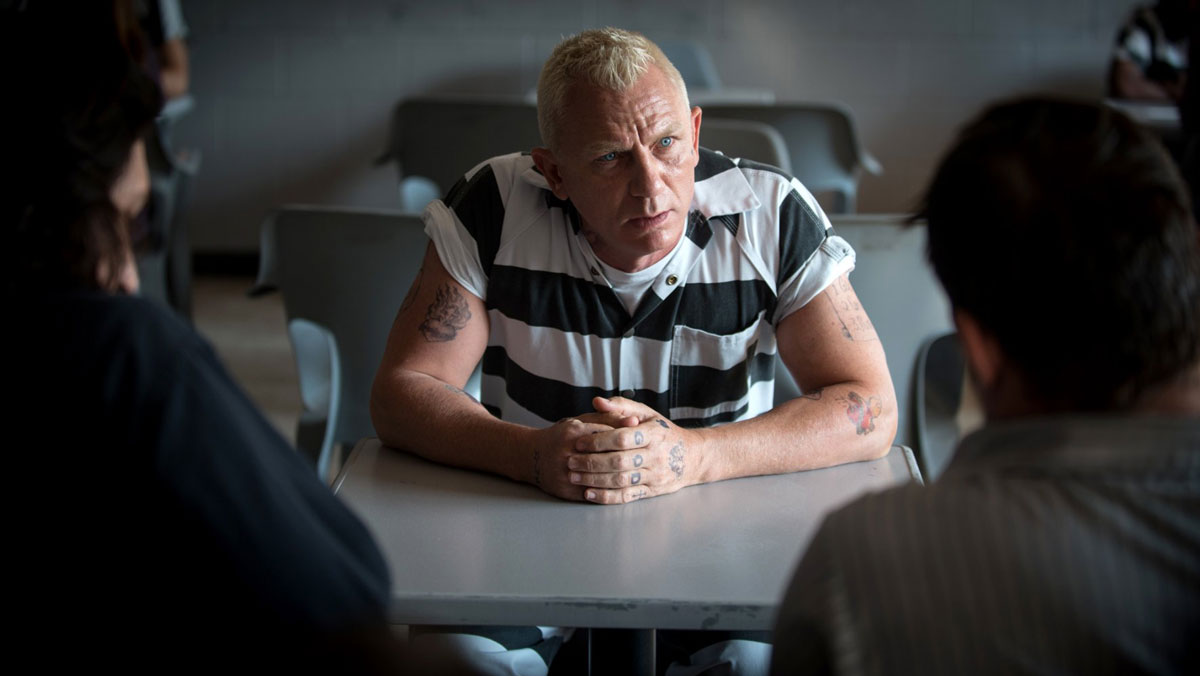 Trans-Radial Pictures
“Logan Lucky” is the latest film from Steven Soderbergh, the director of the “Oceans Eleven” series and “Magic Mike”. The film details the Logan family as they try to rob NASCAR with the help of master criminal, Joe Bang.
By Aidan Lentz — Staff Writer
Published: August 29, 2017

Steven Soderbergh returns to feature filmmaking with another film in the heist genre. The twist is that this time, the heist is being perpetrated by two poor brothers in the South against NASCAR.

“Logan Lucky” follows a down–on–his–luck construction worker named Jimmy Logan, played by Channing Tatum, who is fired from his construction job at the NASCAR track because his limp is seen as an insurance liability. After a fight with a social media–obsessed racing celebrity named Max Chilblain, played by Seth Macfarlane, Jimmy decides to rob NASCAR. To pull off this heist, he enlists the help of his brother and sister as well as Joe Bang, a career criminal with a penchant for explosives, played brilliantly by Daniel Craig.

The character work throughout the film is spectacular. This shouldn’t be surprising to anyone familiar with Soderbergh’s work since he’s the man that brought the excellent characters of “Ocean’s Eleven” to life. The two major standouts are Craig and Adam Driver. Craig is magnetic as the crazed convict Joe Bang, and it looks like he has never had so much fun on film. Driver plays Jimmy’s one-armed brother Clyde and once again proves he is one of the most endearing character actors of his generation.

The pitch — “Ocean’s 7-Eleven” — has great comedic charm. The idea of having a heist movie that doesn’t focus on career criminals but instead total amateurs against a monolithic company like NASCAR is delightfully farcical. Unfortunately the movie doesn’t lean into its comedic potential nearly enough. It feels LIKE many comedic opportunities were missed to make the film feel more grounded than silly. While a noble effort, it doesn’t quite work in the movie’s favor.

When “Logan Lucky” does choose to employ humor, it’s usually hilarious and intelligent, but the actual quantity of jokes in the film feels lacking. In their place is an occasionally dreary tone. It seems that Soderbergh’s strategy was to place characters who feel like they belong in a comedy in an indie drama instead. It’s an interesting twist, but it doesn’t fully work. The characters feel like transplants from another movie, which creates tonal dissonance between humorous interactions and serious ones. Instead of this treatment adding a fascinating spin on the proceedings, it just prevents the movie from being as entertaining as possible. This is due to the fact that the plot never takes any darker turns that could really capitalize on this tonal choice.

The focus on realism is also apparent in the motivation of the main characters. Unlike in “Ocean’s Eleven,” where Andy Garcia’s immediately hateable villain galvanizes the viewer to root for the heroes, “Logan Lucky” opts to not have a villain at all. The fact that Jimmy gets fired is unfortunate and unnecessary, but he’s not fired by NASCAR itself, so him robbing it is a purely selfish act. The closest argument one could make in his favor is that he would be making a better life for his daughter. However, Jimmy never makes this justification because no one ever questions Jimmy’s decision critically.

The only character that comes across as immediately endearing is Clyde. That has more to do with Driver’s performance than the writing itself. One of Clyde’s first decisions is to aid his brother in the robbery just because he’s glad Jimmy applied himself. This is great scene, but it exemplifies the fact that none of the main characters act morally, nor is there a villain that makes them look righteous by comparison. This prevents the audience from emotionally investing in the success of their pursuits.

Unfortunately, the pacing, outside of the heist, is problematic. The movie never feels outright boring, but it does drag frequently. This would be less of a problem if the heist itself was more fun, but it lacks a level of silly elaborateness to fully pay off the buildup. After the heist, there’s still another 30 minutes left that only show how they all got away with it. The whole movie feels 20 to 30 minutes longer than it needs to be. If it was a tight hour and a half, then many of the flaws with the film would be less evident.

“Logan Lucky” seems intent on getting in its own way just to defy genre expectations. Its unorthodox pacing and plot structure were most likely intentional, but unfortunately, these decisions resulted in a disjointed viewing experience. Add that to the more–severe–than–necessary tone and this feels like a movie that gave up much of its inherent entertainment value to be more artistic.

This movie is worth a watch, but it just can’t help but feel like a missed opportunity.