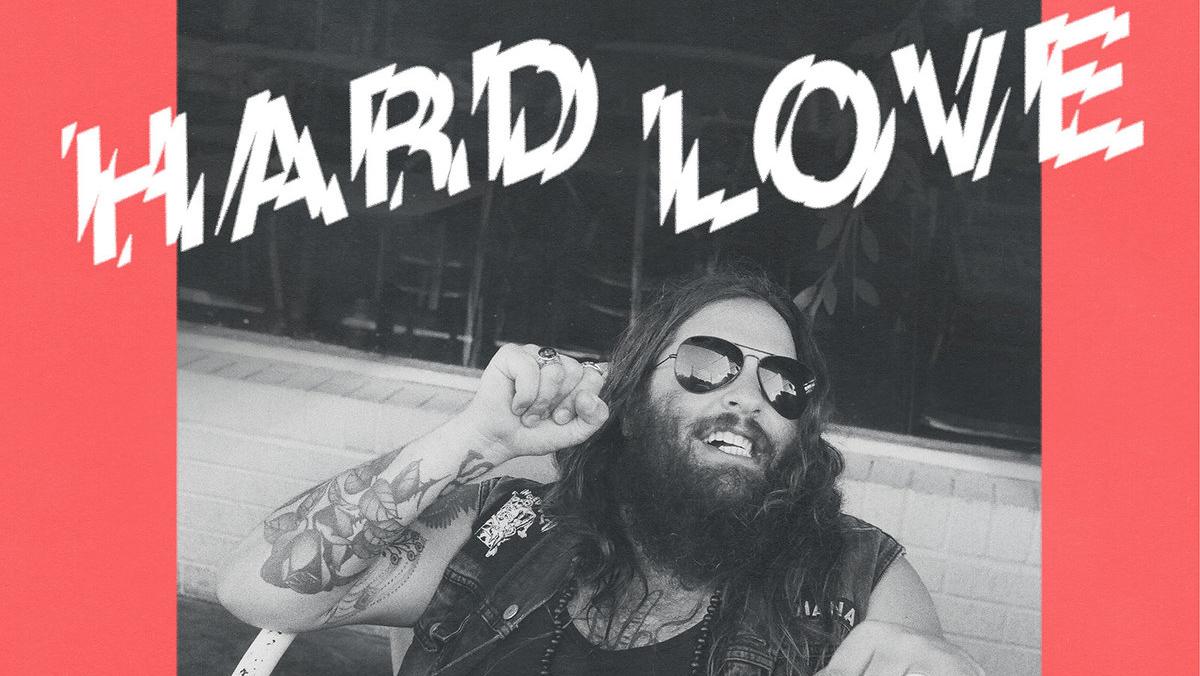 Dead Oceans
"Hard Love" is the sixth full-length album from Timothy Showalter, the artist known as Strand of Oaks. "Hard Love" is a reminiscent exploration of Showalter's emotional journey as a human being.
By Olivia Riggio — Staff Writer
Published: March 1, 2017

Brooding and vulnerable yet unabashed and triumphant, Strand of Oaks’ “Hard Love” serves as a tribute to life’s ups and downs. Timothy Showalter, who performs under the name Strand of Oaks, released his fifth studio album, “Hard Love,” on Feb. 17. In just nine tracks, he takes listeners on an emotional journey, enveloping them in psychedelic guitar riffs and reverb-heavy vocals.

Having spent his childhood in Indiana and most of his adult life in Pennsylvania, Showalter’s music is heavily influenced by folk and rock genres. Whereas earlier albums like “Leave Ruin” employ the light, organic sounds of folk music, “Hard Love” signifies a definitive step into the genre of straightforward driving rock.

The album begins with the title track, “Hard Love.” The song fades in with the ghostly sounds of ambient synthesizers as the soft heartbeat of a bass drum makes way for Showalter’s whispering vocals. The intimate ballad builds into a lush rock tune as distorted guitar sounds add weight to the piece. “Hard love — we don’t find it enough,” Showalter laments.

Next on the album, “Radio Kids” makes its entrance with heavy but catchy guitar riffs that let up only briefly to make way for Showalter’s vocals before forcefully re-emerging and leading the song into its chorus. “I’m feeling sorry for myself/ I’m feeling pretty old/ At least I had that song/ At least I had that song/ On the radio,” Showalter reminisces. Nostalgic but optimistic, “Radio Kids” picks up the energy of the album.

Contrasting the wholesome sound of “Radio Kids,” “Everything” comes in with sinister-sounding, heavily distorted guitar. Muddy, sultry and fiery, “Everything” takes on the sound of roaring stadium rock.

Shifting the mood again, “Salt Brothers” crawls along in a slow 6/8 time signature. At first, the song sounds like a playful campfire anthem. Then, it slides into a syrupy guitar solo that grows fuzzier and fuzzier before screeching to a halt at the song’s end. Out of the fuzz emerges the whispering percussion of egg shakers and piercing guitar melodies as the next song, “On the Hill” begins. “On the Hill” builds to a howling catharsis before tapering off into silence.

Then, with warm sincerity, melancholy piano chords introduce “Cry,” the album’s sixth track. Minimalistic but poignant, the piece conjures up sweet, heart-wrenching sadness. Showalter’s falsetto skates above the piano as deep, distant sounds mimic the eerie noise of howling wind. The end of the song is a collage of audio samples taken from phone conversations and what sounds like the din of crowded restaurants and house parties. The layering of these samples serves as a sonic scrapbook that floods listeners with the bittersweet wistfulness of memories they never had.

“Quit It” follows “Cry,” and is at first stark and hollow, then biting and bitter. In this piece, it sounds like Showalter is fighting his demons — and winning. He re-emerges with thunderous effervescence in “Rest of It” as gravelly vocals cut through equally gravelly instrumentals.

Finally, Showalter saves the most compelling song on the album for last. “Taking Acid and Talking to My Brother” may have a curious name, but it is about anything but psychedelics. In an NPR “Morning Edition” interview, Showalter said he wrote the song about his brother’s experience with cardiomyopathy, a heart disease that can cause the heart to stop beating. The suspense he felt before his brother’s miraculous recovery gave him the sense of losing control, and the song reflects this lack of control. As Showalter’s vocals echo, the eight-minute song goes through a series of emotional apexes and nadirs that captures the feeling of helplessness Showalter felt while watching his brother suffer. The album comes to a close with flowery guitar lines that drift into silence.

Honest and intimate, “Hard Love” is an album for anyone who likes the sonority of classic rock and the genuineness of folk. Strand of Oaks once again proves his versatility without compromising an ounce of sincerity.