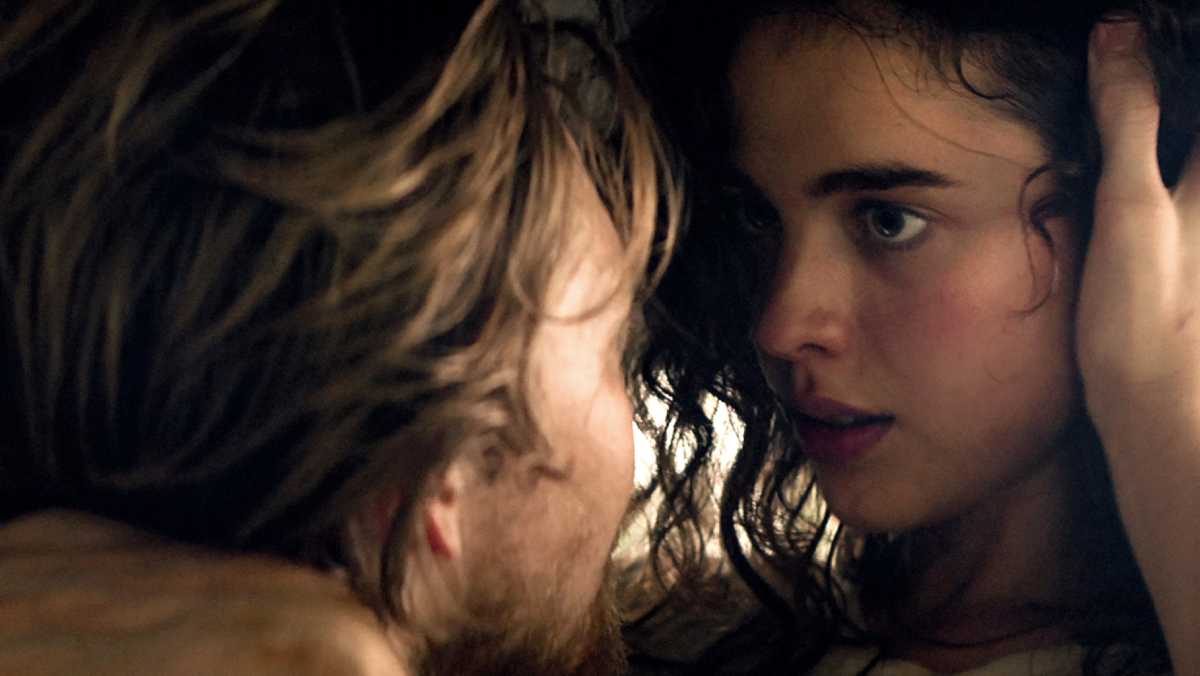 A24
From left, a British businessman (Joe Alwyn) and an American journalist (Margaret Qualley) fall in love, finding themselves entangled in a dark web of crime.
By Patrick Mazzella — Staff Writer
Published: October 26, 2022

Director Claire Denis returns for her second film of 2022, just a few months after the release of “Both Sides of the Blade” in early July. The Cannes Grand Prix Winner, “Stars at Noon,” follows an American journalist (Margaret Qualley — the spitting image of her mother, Andie MacDowell, in her younger years) and a British businessman (Joe Alwyn) in Nicaragua as they become entangled romantically and in a conspiracy spanning across Latin America. While attempting to escape a quick–witted CIA agent (Benny Safdie), they are pushed deeper into this dark web of crime. Although Denis is long thought to be a master of her medium, with credits like “High Life,” “Beau Travail” and “35 Shots of Rum,” it appears that both of her outings from 2022 have left audiences cold and uninspired, “Stars At Noon” being the more guilty out of the two.

Although as a director, Denis manages to put her 40 years of experience to the test, managing to get career–best performances from each of the stars in the film, as one of the film’s three writers, there is much to be desired. Adapted from a novel of the same name by Denis Johnson, the film runs at a hefty 135 minutes, much of which ends up being filler without a purpose. Much of the filler however, creates an atmosphere reminiscent of Denis’ previous work, with an intimacy many American filmmakers seem to shy away from. Denis is clearly trying to create a very sensual connection between the characters as well as between the screen and the audience. Although the atmosphere created is one unique to many of its contemporary 2022 releases, a full analysis of the content of the story would require multiple viewings and a deep dive into its source material. But the meandering to its unfortunate and anticlimactic conclusion will surely deter any audience member from ever attempting this feat. There is some excitement to be had within the beginning of the third act of the film, but 90 minutes of build up is not saved by the 20–25 minutes of only semi-interesting plot beats.

Although the three leads command their roles well, there is so little artistry to be found within the lines delivered, and the characters are as thin and void of nuance as when they are first introduced. Because of this, it remains hard to praise them beyond looking very good in the sweltering Central American sun. Safdie’s entrance marks the beginning of any real plot or forward story movement within the film beyond the seemingly never-ending set up of Qualley and Alwyn’s romance, an extended sequence filled with getting day drunk, having sex with the windows open and constant reminders that Alwyn’s character does not speak Spanish. Any film fan who has seen “Good Time” or “Licorice Pizza” will instantly perk up seeing Safdie’s face fill the screen toward the end of the film. Safdie’s character seems to be the only character aware of what genre this story seems to be intending to tell. A straight-laced, no-BS man who knows what he wants is exactly the kind of character an audience expects to see in a crime drama about governmental corruption. What audiences do not anticipate is seeing the lead couple of the film be giggly romantics and a man who speaks mostly in riddles, and yet there they are on the screen.

The main issue with the film lies in the seeming lack of desire by the writers, or even Denis and her editor, Guy Lecorne, to push a narrative, deemed so important by the characters, forward. As it slowly but surely introduces the main players and conflict, audiences will likely begin to wonder what this was all for. And despite immense talent being present on all levels, no one involved seems to have an answer. It is a shame too, because truly there is beauty and a film worth making to be found in its skeleton, but this is not that film.

Review: ‘Wonderstruck’ is anything but wonderful