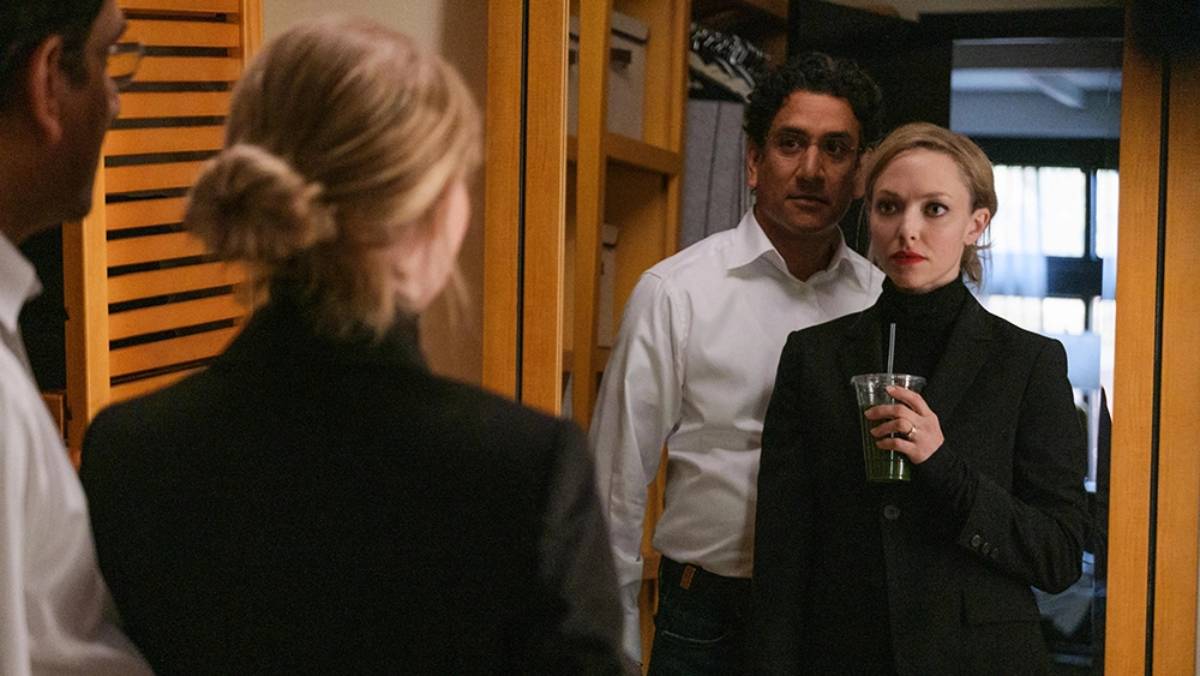 Courtesy of Hulu
"The Dropout" takes a real-life incident and turns it into a series that chilled viewers.
By M Minton — Staff Writer
Published: April 20, 2022

Shows that depict infamous success stories gone wrong have long populated our screens. Stories about the truth behind deception can feel repetitive with their rise-and-fall arcs or end up fascinating audiences. “The Dropout,” despite its familiar structure, thankfully finds itself being more of the latter.

Based on the podcast of the same name hosted by Rebecca Jarvis, “The Dropout” chronicles the true story of Elizabeth Holmes (Amanda Seyfried), a determined Stanford dropout who founded the medical testing start-up Theranos. The company’s stated goal was to create healthcare technology that would allow for people to test their blood with a small pin prick as opposed to long, uncomfortable needles. From even before she begins her freshman year of college, Holmes knows she wants to create a company and doesn’t let anything stop her. Not even the web of lies she creates and the thousands of people’s health she puts at risk along the way fazes her, leading to a show full of suspense, drama and a solidly entertaining plotline.

“The Dropout” places Seyfried front and center in one of her best roles to date, following Holmes from her first deceiving act to her last. Seyfried portrays Holmes brilliantly in an Emmy-worthy performance, allowing for the audience to be fully engaged as they initially want to see Holmes succeed with her clear ambition and intelligence. However, as the show continues on, Seyfried is able to convey the deep fall of Holmes’ character. One scene in particular early on in the show, where Holmes first begins practicing her infamous fake deep voice, is chilling and disturbing to watch.

Showrunner Liz Meriwether and directors Michael Showalter, Francesca Gregorini and Erica Watson help to give Holmes’ story greater depth by portraying a woman trying to make it in the male-dominated world of business start-ups. “The Dropout,” similarly to movies like “I, Tonya” and “The Eyes of Tammy Faye,” portrays a controversial, real-life woman with the kind of complexity and humanity that she deserves. The writers and directors don’t shy away from the disturbing and uncomfortable truth of how many lives Holmes put in danger through her decisions and also give the viewer the space to understand what would lead a person to make such morally questionable choices.

What holds “The Dropout” back from being a truly great show is that the writers and directors don’t always seem to know what tone works best from episode to episode. When the show commits fully to be an investigative crime drama closely following Holmes, the show is at its best. However, the attempts at dark comedy throughout frequently don’t land, and when the show strays from Holmes’ character, the rhythm of the show loses its momentum. For instance, Episode 4, titled “Old White Men,” focuses more on the people around Holmes trying to figure out what is really going on while the audience already has a leg up. Due to this shift in perspective, the pace of the show as a whole begins to slow down significantly.

As is often said, sometimes real life can be more interesting than the big fantasy worlds that populate our screens. Despite some of its downfalls, “The Dropout” is one such example of that, reminding us that the media’s craving for a juicy, engaging investigative crime story hasn’t run out.