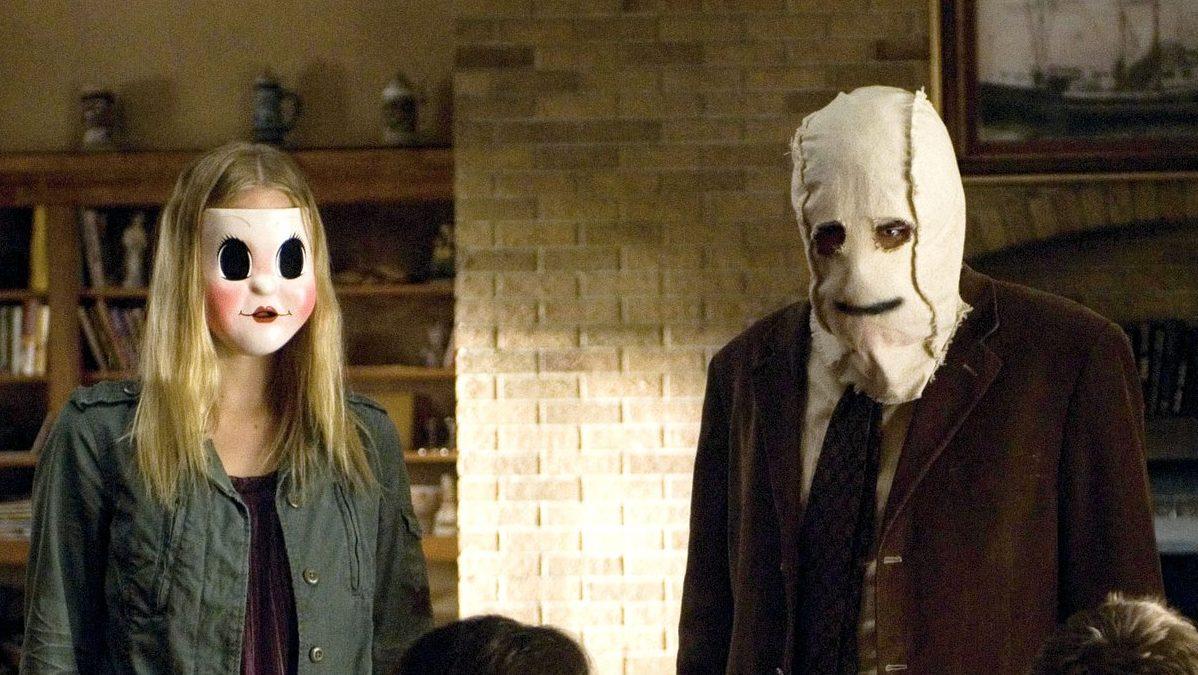 Rogue
"The Strangers: Prey at Night" follows a family fighting for their lives after being attacked by a murderous masked trio.
By Jake Leary — Jake Leary
Published: March 20, 2018

Just in case you had your doubts, strangers wearing doll masks are still creepy. Actually, anyone wearing a doll mask is creepy. But, somehow, even with the surefire doll mask creep factor, “The Strangers: Prey at Night” is not scary, creepy or even a little spooky.

Kinsey (Bailee Madison) is in trouble. She’s a bitter teen who smokes, drinks and wantonly breaks the rules, so her parents, Cindy (Christina Hendricks) and Mike (Martin Henderson), send her to boarding school. On their way to drop Kinsey off, Cindy and Mike decide to stop for a final family vacation, bringing their son Luke (Lewis Pullman) along for the ride. They stay at a lakeside trailer park owned by a relative and try to repair their broken family dynamic. But before the family can make much headway, a trio of mysterious, masked maniacs show up. The unnamed strangers pick off the family one by one as Kinsey and Luke try to survive.

Kinsey is emblematic of a pernicious sadism that runs rampant in slasher horror. Despite her rebellion, she isn’t evil or malicious in any way — she’s a teenager. Teenagers rebel. But her punishment for nonconformity is the death of her family. Director Johannes Roberts takes malicious pleasure in tormenting each member of Kinsey’s family and showing the toll it takes on her.

Despite the fixation on Kinsey and her suffering, she doesn’t grow. By the end of the film, she’s not stronger, smarter, more emotional or more detached than she was at the outset. The only difference is that, by the time credits roll, Kinsey has racked up a death count of her own.

Buried between the dull character moments are a smattering of intriguing scares and innovative action. One scene, prominently featured in the trailer, takes place in pool lit by neon lamps. Inflatable palm trees line the perimeter and ’80s pop plays over the loudspeaker as a stranger, ax in hand, walks into the light.

The juxtaposition between masked maniacs and ’80s exuberance is the film’s greatest triumph. Seeing the strangers in bright lights, by a pool or in a well–lit store is an intrusion into places usually perceived as safe. The locations in which the viewer expects to find comfort are tainted by the masked invaders and rendered dangerous and alien. In the rare moments when Roberts violates the viewer’s perception of security, “Prey at Night” transcends its status as a C-tier horror flick.

But, too often the strangers are stalking their prey in the dark, in dingy trailer homes or quiet fields. The film relies on ideas and locales that have been done before and done better. Slasher films a la “Nightmare on Elm Street” or “Friday the 13th” live or die by their creativity. The joy of watching a slasher film, as grotesque as it may seem, is to watch characters die in bizarre, violent ways. Convoluted, cliched plots can be overlooked if the set pieces on display are scary, sexy or silly. But “Prey at Night” is a straightlaced take on tired tropes. The strangers commit their heinous deeds with axes or knives, wear generic, albeit creepy, masks and kill for the thrill of it and nothing more. Only the occasional jaunt into frenetic action saves the film from becoming an excruciating slog.

“Prey at Night” comes across as a crude copy-paste of John Carpenter’s 1980s horror classics. The original score — a series of slow, suspenseful synth-heavy songs cement the film’s ’80s aesthetic — borrows heavily from “The Fog.” Kinsey, with her stubbornness and resolve, would feel right at home beside the cast of “Halloween.” Even the climactic fight pulls liberally from Tobe Hooper’s “Texas Chainsaw Massacre.” These homages don’t detract from the film, but the constant nods to genre titans dilute the film’s identity. Instead of being a bold take on the masked-murderer-by-the-lake trope, “Prey at Night” is a hollow shout–out to better films.