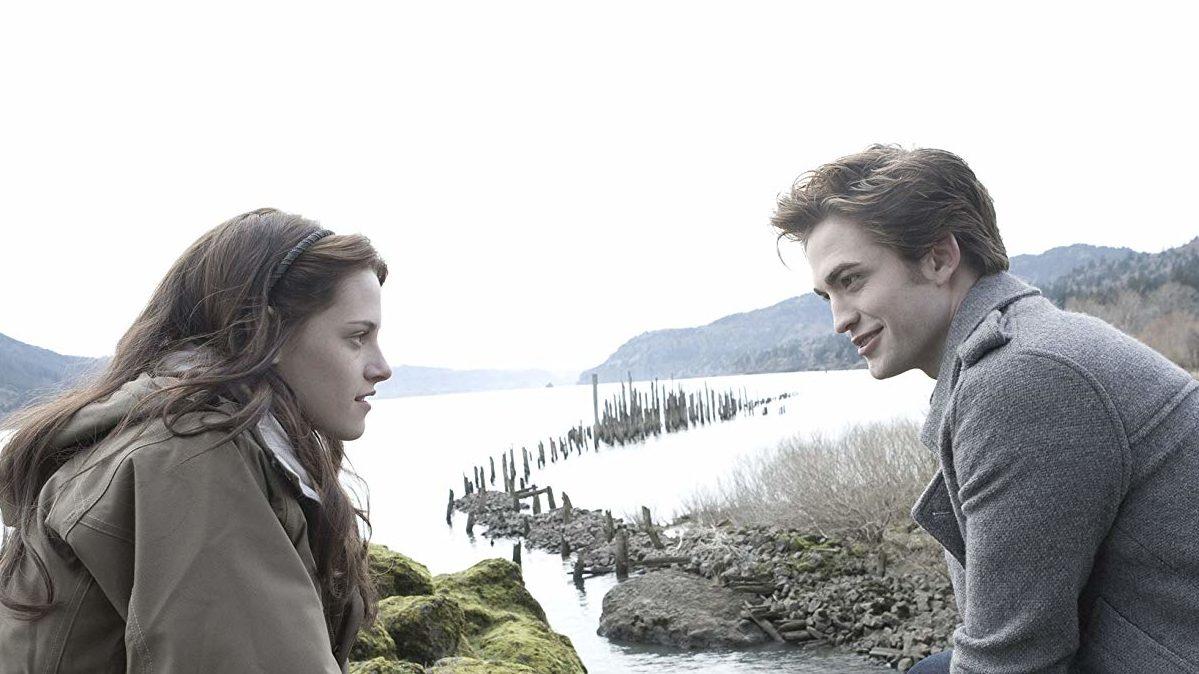 It’s hard to think of a young adult romance more controversial and culturally iconic, paving the way for countless other “supernatural love triangle” young adult novels, especially after the film adaptation in 2008. To celebrate the 10-year anniversary of the movie’s release, the first “Twilight” film will return to theaters Oct. 21 and 23 for another chance to rehash the Team Edward vs. Team Jacob debate.

Bella Swan (Kristen Stewart) leaves sunny Arizona to live in the small town of Forks, Washington, with her well-meaning but awkward father, Charlie (Billy Burke). She soon falls “unconditionally, irrevocably” in love with Edward Cullen (Robert Pattinson), a “vegetarian” vampire — meaning he only sucks the blood of animals rather than humans.

“Twilight” begins with a curse that often befalls movie adaptations of books: The amount of exposition feels like the entire first chapter is being read aloud. And though the narration is lengthy, it’s not substantive and does little to clarify character motivation. Bella explains that she is leaving Phoenix to let her mother spend more time with her new husband. This reasoning isn’t convincing. It’s hard to believe that a teenager would be so self-sacrificing to leave a family she loves to move to a place she hates. Most other aspects of the plot don’t make much sense either and seem unbelievably serendipitous. When Bella begins her first day at Forks High School — which is, by the way, a remarkably diverse school for a Washington town of only 3,000 people — she’s immediately adopted into a friend group, and several male students compete for her attention. There’s nothing to indicate why people like Bella so damn much. She has good grades and drives a truck, and that’s the extent of her personality. The movie is meant to be shown through her perspective, but it’s impossible to get a grasp on who she is as a person. She’s so flat and underdeveloped that it seems like it’s not her story being told.

There’s no believable development in Edward and Bella’s relationship, either. They go from casual enemies to soulmates with no transition. Edward begins by being unnecessarily cryptic, with such gems of lines like “If you were smart, you’d stay away from me,” “What if I’m not the hero? What if I’m the bad guy?” and other phrases that emo kids put as their MySpace statuses.

These too-edgy-for-you comments are made worse by genuinely creepy actions, like watching Bella in her room without her knowing and following her to other towns when out shopping. The first half of the film before Edward and Bella become a couple drags. The bulk of the hour consists of extreme close-up shots of Bella and Edward staring at each other with dead eyes. Their conversations are filled with silence and sighs, and when they do finally speak, they mumble like they’ve just woken up and are trying to remember how to string two words together. After Bella hears of a legend about the “cold ones” from the Native American Quileute tribe, she furiously Googles vampire lore and concludes that Edward’s cold hands and superhuman strength mean he must be undead. After Bella confronts Edward, the two immediately fall deeply in love with each other. and Edward spends several long scenes running around the forest with Bella, explaining how his vampirism works. The two barely get past breathing heavily in each other’s face before Edward throws himself dramatically across Bella’s bedroom, saying he has to be careful because he can’t resist her blood. Their interaction is stilted and uncomfortable. As bizarre as their dynamic in the first half of the film is, the two settle into a groove as the film goes on and actually start acting like a relatively normal, if not sweet, couple once Edward quits his dangerous bad-boy schtick.

The unintentional emotional backbone of “Twilight” is the secondary characters. All the chemistry that Bella and Edward lack is channeled into the relationships of their friends and family, developing the atmosphere of a small town. Charlie is the perfect, endearing balance of gruff and kind, protective and absentminded. Charlie’s interactions with his friend Billy Black (Gil Birmingham) and his son Jacob (Taylor Lautner), Bella’s future love interest, are wholesome and genuine. Jacob provides an intelligent sweetness that the other characters lack, as well as more ever-useful exposition. The Cullen family is also gracious and naturally charming. When they team up to cook dinner for Bella, Edward becomes embarrassed and actually seems like a teenager.

Despite its storytelling flaws, the film is visually stunning. Establishing shots capture the bleak beauty of the Pacific Northwest, the camera panning over miles of crashing waves and endless dark green pines. The omnipresent rain and fog of Forks casts a blue-green wash over every scene, creating a deliciously gloomy atmosphere. For all the beauty of the setting, though, the special effects leave much to be desired. The worst offender is a scene when Edward is meant to sparkle in the sun. While the idea of vampires sparkling rather than burning in the sun is an interesting take on traditional vampire lore, the execution is horrific. Edward stands in the sunlight, shirt unbuttoned, to reveal his pasty skin shimmering like a Snapchat filter. It’s a moment that shouldn’t be comedic but is.

“Twilight” is not a perfect movie, but it’s certainly not as bad as an entire generation thought it was cool to pretend. It shouldn’t be criticized for not being poetic cinema, because that’s not its purpose. Like all teen love stories, it’s a guilty pleasure — a nonsensical romance with witty quips and too many Dutch angles. “Twilight” is silly, but that’s part of its charm, even 10 years after its release.