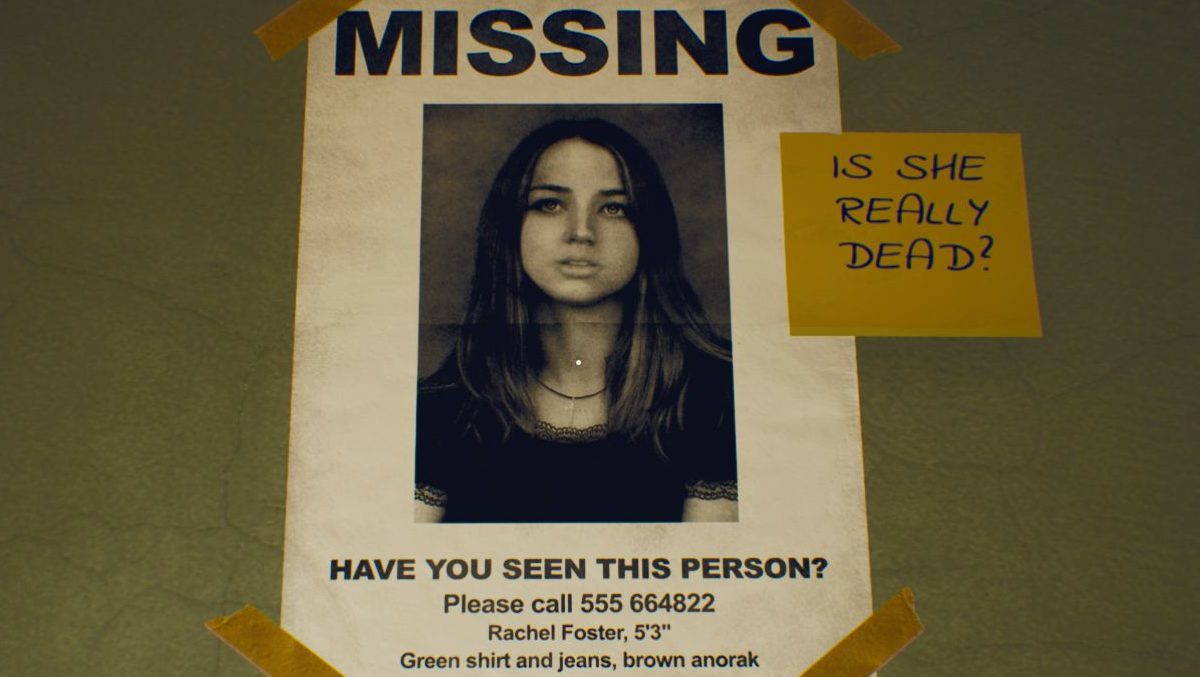 Courtesy of Reddoll Games
"The Suicide of Rachel Foster" is a harrowing tale that explores themes of psychological manipulation and abuse. The story follows the main character Nicole as she explores her family's hotel.
By Connor Ahern
Published: March 4, 2020

The Suicide of Rachel Foster

“The Suicide of Rachel Foster” is not a video game for the faint of heart. But players who can stomach the grim tale will uncover an eye-opening journey that explores the repercussions of cruelty and manipulation.

The horror game features a trigger warning at the beginning of the game. The first-person game takes place in a desolate, family-owned hotel and follows Nicole Wilson (Kosha Engler), the daughter of the previous owners. Nicole carries a sarcastic tone for much of the game and brings a bit of comedy to the heavy narrative, keeping the game well-balanced.

Prior to the main story, Nicole left the hotel with her mother after her father, Leonard (Mark Hanna), had an affair with a 16-year-old girl named Rachel Foster. Rachel found out she was pregnant with Leonard’s child and shortly after, she supposedly took her own life. Ten years later, Nicole returns to the hotel to appraise and sell it.

Nicole becomes snowed in and trapped at the hotel, and her only way to contact the outside world being through a single phone. The character uses the phone to speak with Irving (Christopher Ragland), a Federal Emergency Management Agency agent. Nicole is trapped in the hotel, where she experienced immense trauma. Nicole’s voice actor draws a delicate balance between Nicole’s natural cynicism and her repressed emotions. The moments where Nicole is overcome with raw emotion are some of the most intense and powerful in the game.

The game allows the player to explore the hotel and begin deciphering clues about the place’s sordid history, even before the main narrative is introduced. In Leonard’s room, the player can pick up and study objects that reveal the character’s distorted idea of love. There is satisfaction in being able to dig into and puzzle about the mystery before the secrets are all revealed. Even so, the items that are meant to support the player in their investigation are underwhelming and entirely unnecessary to complete the game. One such item is a polaroid the player can use to momentarily illuminate the area with flashes of light. The device is an interesting gimmick that gives the investigation some flavor, but it is quickly replaced by a commonplace flashlight that the player hardly has to use.

For the majority of the game, the mystery shrouding the disappearance of Rachel will constantly leave the player guessing. The truth is actually quite simple and can be figured out pretty quickly, but evidence for other possibilities keeps the player guessing up until the last moment.

The sickening details slowly begin to come to light as the game progresses. As Nicole explores, her image of her father is slowly torn apart. Around the sixth day, the player learns what actually happened between Leonard and Rachel, and the details of Leonard’s manipulation of the young girl are shocking and appalling. He hurt Rachel in unspeakable ways, silencing her and abusing her to keep her under his thumb. The plot is heavy and dark and does not hold anything back, and it can be a lot to take in at times. But that is what makes the game feel real and horrifying. The purpose of a psychological horror game is to make players squirm, and “The Suicide of Rachel Foster” achieves just that. There is something appealing about the horror of the game coming from the machinations of a twisted human, rather than the actions of an otherworldly monster.

More harrowing and terrifying than any other moment in the game is a first-person depiction of a suicide attempt. However, the scene is not overly graphic and the voice acting and audio are the main factors to set the mood. Mentally and emotionally decimated, the scene shows the impact that manipulative abuse has. This scene shatters the player’s comfort to an extreme, with a lasting impact that will persist even after the game is over.

Nicole reports everything she finds to Irving. Disbelief and bewilderment are rampant in their voices. These moments of panic and confusion work when new, shocking evidence is revealed, but these horrifying interactions tend to draw on for far too long. The characters share long dialogues while the player waits idly for the next objective in the game. It feels like banter for the sake of adding extra words.

“The Suicide of Rachel Foster” stands out not only because it pushes the bounds of player comfort but because it fully realizes the real-life horrors of manipulation, abuse and suicide. Through its powerful storytelling, the game acts as an advocate for the Rachel Fosters of the world — the people who are silenced to keep the ugly truths from the light of day.