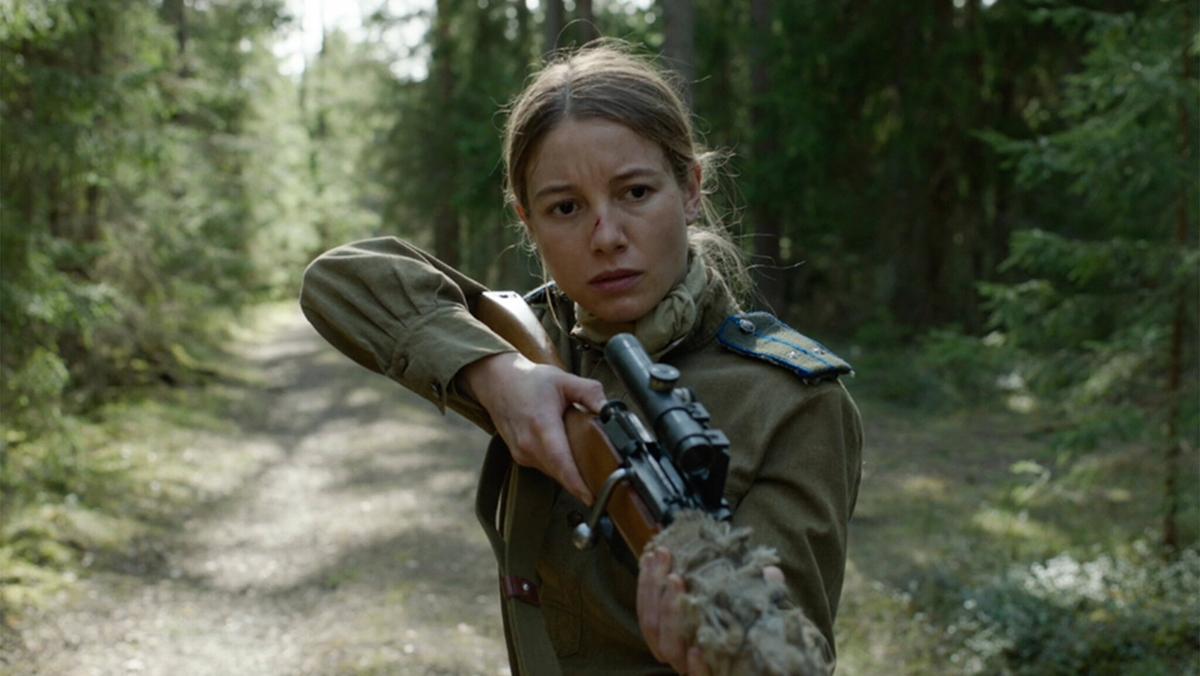 Ben Parker’s sophomore, feature-length directorial effort is a different kind of war movie from what audiences might expect. It’s a slower-paced, eerier, and at times a more thoughtful kind of film. It wears its thematic prescriptions on its sleeves and chooses to forego larger-than-life action sequences. In some ways, this is a blessing and a curse.

In “Burial,” Soviet troops led by Brana Vasilyeva (Charlotte Vega) are tasked with transporting the body of Adolf Hitler from the ruins of Berlin all the way back to Moscow in the aftermath of World War II. While traveling through Poland they are waylaid by German partisans in the wilderness, ultimately being forced to make the choice between their mission and their lives.

The strength of “Burial” lies in its cinematography and sound design. The film is immaculately shot by director of photography Rein Kotov. Darkness and uncertainty surrounds Brana’s squad as they defend themselves in unknown territory. The sound of bullets popping and whizzing by instills just as much tension as the sound of a branch snapping in the darkness. In spite of its flaws, the look and feel of this film was lovingly realized.

One of the best scenes in the film involves German partisans drugging the Soviet troops with hallucinogenic substances that they forage for in the woods. What follows is the film’s only real scary scene, where the unsuspecting soldiers are subjected to a nightmarish sequence that is the highlight of the entire movie. While this scene is great, it doesn’t do enough to make up for the rest of the film. For a film that debuted at Frightfest, London’s horror film festival, it is woefully short on scares. Aside from the aforementioned hallucinogenic scene, the most this film can do is create a sense of unease you could just as easily get with any other war film. The fact that “Burial” is billed as a horror movie feels deceptive at best.

When the hallucinogenic imagery is stripped away in later fight scenes, the film’s lack of dynamic choreography and staging rears its head. Shootout scenes consist of characters ducking behind a wall or an overturned bench and occasionally popping their head out for a few shots. Some inconsequential and unnamed German characters will die and the rest will escape to become cannon fodder in the next shootout scene.

Another major drawback “Burial” faces is that its writing falls short of what it’s trying to be, as the characters tend to feel undeveloped and cliche at times. Brana and her troops fall too easily into predictable tropes, and many of them are left feeling forgettable by the time the credits roll. Brana’s most trusted comrade, Tor (Barry Ward), feels less like a real person and more like a blockbuster action hero after he shrugs off multiple stab wounds without medical attention. Ilyasov (Dan Renton Skinner) is a comically slimy coward who only exists to make a statement about how soldiers take advantage of civilians during the chaos of war. These themes are admirable, but aren’t applied to the film with any tact or subtlety.

The German partisans that harass Brana and her men over Hitler’s corpse are meant to be a commentary on how neo-fascist movements try to control narratives. This is a good throughline, but it isn’t propped up by memorable set pieces or a noteworthy cast of characters. It’s clear that a lot of love and talent went into “Burial,” but it doesn’t excel enough in the areas that it needs to put it on par with other great war films of the past.

Sean O’Brien can be reached at sobrien5@ithaca.edu