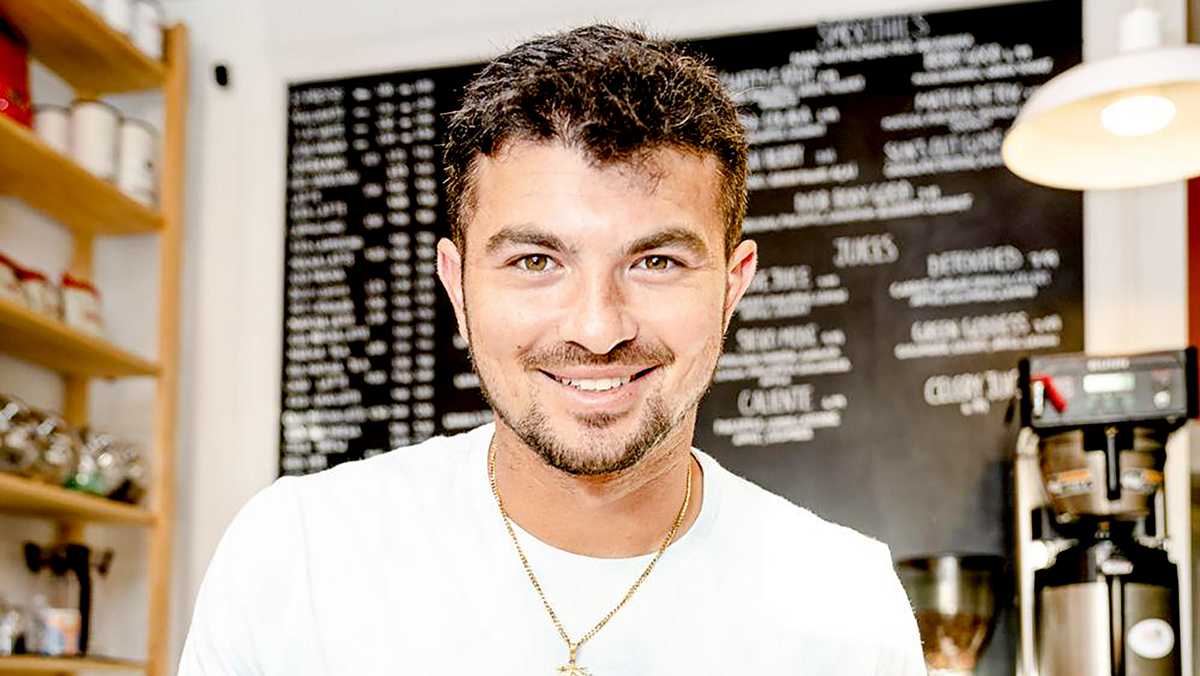 In September 2019, Ithaca College senior Max Lichtenstein won a “Best Barista” award from the Ithaca Times for his job at Chatty Cathy Coffee and Juice Press. Lichtenstein has worked at the coffee shop, located on Eddy Street in Ithaca, since September 2018. Besides working as a barista, Lichtenstein is also an All-American goalkeeper on the college’s men’s soccer team.

Assistant Life & Culture Editor Arleigh Rodgers spoke with Lichtenstein about his experience at Chatty Cathy, what he thinks makes a good barista and how it felt to win the “Best Barista” award.

AR: Could you tell me a little bit about what it’s like to be a barista at Chatty Cathy?

ML: It’s a good time. We have acai bowls, smoothies and other kinds of bowls as well, so not just coffee, but you definitely have to know the coffee. And my boss right away taught me everything, and it’s definitely just a positive vibe in the store with good music playing all the time. And we have really good ingredients and really good coffee, so when people come in, they’re pretty pleased and satisfied with the experience they have.

AR: Why did you initially start working there?

ML: I had two friends who worked there at the time, … and then once I spoke to the boss, [Milly Papachryssanthou] — she was from Miami, which is about 30 minutes from me, where I grew up — so we had a connection there, and then she was really down-to-earth, and she’s really flexible with hours. It’s just a very low-key experience to be working.

AR: Have you worked as a barista before?

ML: No, I’ve never worked with food or with coffee ever in my life.

AR: So now working as a barista, is there a specific drink that you enjoy making?

ML: Yeah, actually I didn’t drink coffee, and now I drink coffee all the time. And I’ve been known to make a pretty good mocha latte, so if it’s iced or cold, that’s probably my drink of choice.

AR: Do you think you’ve found it easy to balance your schedule as a student-athlete with your time at Chatty Cathy?

ML: Lucky enough, my boss is really lenient with my work schedule, especially in the fall during season, but I also like working and like staying busy. I don’t like just doing nothing. So on Mondays, I don’t have classes and didn’t have practice, … and now in the spring, I’ll work more hours. But it was definitely easy enough … to work both as a student-athlete and as a barista.

AR: So what was it like to win that award?

ML: At first, my boss sent me a screenshot of the real voting slips that were put out, and she wrote my name in and was like, “Get people to vote.” You can vote through a link online. I sent it to my family and a couple of my roommates kind of as a joke because like, I do think I’m good at what I do, but also I’m a student-athlete as well, and working at Chatty Cathy wasn’t the biggest aspiration of mine, but I definitely have fun with it. And then a week before the award came out, … Milly called me while I was in class, and she said that I had won the award. She was laughing about it but also congratulated me and said there’s just a lot of people that like me that come into the store, as well as my co-workers. … I never thought in college I’d win a “Best Barista” of a college town I was in, but I did, and it was pretty funny, but a pretty cool award.

AR: Do you think there are any specific qualities that make a good barista?

ML: Yes, I’d say: One, I have to know what I’m doing and how a customer wants their coffee and their food products, but at the same time, … I think having a personality is the biggest thing working there. I’m dealing with students from Cornell, students from Ithaca [College] and people that live in town, so I meet a lot of different people. And usually, they want to have little two-minute conversations. But I’ve met great people there, so I would say just being myself and being outgoing with customers has definitely led me in the right direction and let me probably win the award of “Best Barista” in Ithaca.