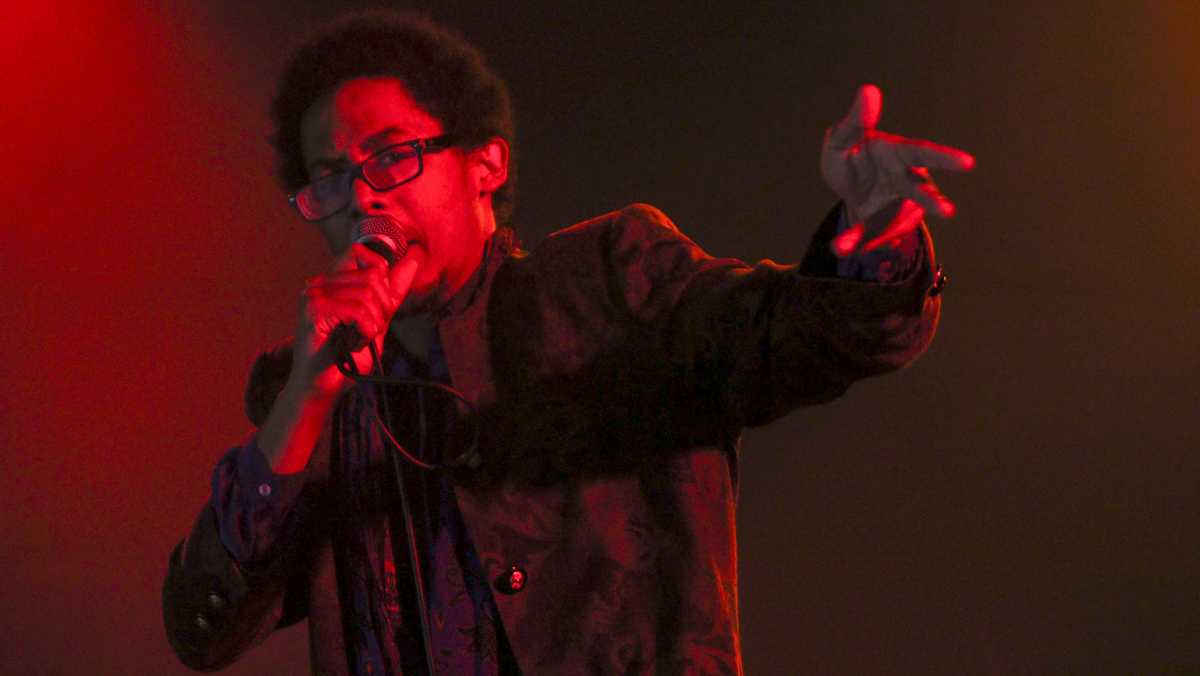 Elias Olsen/The Ithacan
Many rappers got their start publishing music on SoundCloud. The free platform ensures musicians a chance to develop their own sound and distribute their work to an audience.
By Harley McKenzie — Staff Writer
Published: December 5, 2018

Ithaca College senior Isaiah Horton goes by another name: Isaiah Raps. His newest album, “I Broke It,” explores a range of beats, with features from The Sunshine Group, Zero459 and Kyra Skye. Horton has been sharing his music on SoundCloud — a music streaming website that functions as an online underground scene — for five years now, and he has released albums and performed at local shows in Ithaca.

SoundCloud is a music streaming website where users can upload original content and share others’ music. The site gives each artist an even playing field by remaining free and accessible, only asking for payment for premium memberships. SoundCloud builds profiles based on interests, allowing users to “like” and “repost” tracks. Any original music posted gets put into a category called “Tracks,” which functions as a musical portfolio. The accessibility appeals to some students at the college, allowing them to create and present their own art.

One of the more popular genres on SoundCloud is rap, the genre to which Horton belongs. Horton said SoundCloud’s design is useful for artists to get an in-depth feel for someone else’s personality. To do this, he utilizes the site’s features, which allow users to comment, like and share. Most of Horton’s tracks include collaborations with other artists.

“Before you really meet somebody, you can kind of see what they’re about, their whole repertoire, what they listen to,” Horton said. “SoundCloud isn’t just the music that you listen to — it’s also what you like. You kind of get a sense of the person and what you’re dealing with so that you can reach out and meet them if you have a similar vibe.”

Zatticus Laidlaw, known as TripCity, said he feels SoundCloud is an easy way to create and share his music. He also said because the platform has so many users, he’s able to spread his music to more people.

“SoundCloud is the easiest way to get your music out there for free,” Laidlaw said. “Starting from pretty low, and having nobody know your name, then watching your plays go up is amazing. A lot of rappers get noticed through there.”

Sophomore Katie Husselbee, a SoundCloud listener and Laidlaw’s girlfriend, said SoundCloud has been useful for Laidlaw to express his feelings in a productive way. She said it’s been his most consistent way of addressing feelings he’s not typically comfortable with sharing.

“I definitely think that music, in general, helps him,” Husselbee said. “Music helps a lot of people. He doesn’t really have another way to put his feelings. He’s not very open to that, but here he’s able to just express himself and put any sort of energy and emotion into his music and his lyrics. He just loves it. He goes into it like it’s a whole other world.”

Horton said SoundCloud can serve a rapper by allowing them to develop their craft. He said the platform connected him with other musicians to collaborate with and has given him a better chance to have his music shared.

“Most artists that have become who they are started on that kind of a platform, where they were able to release their music for free,” he said. “It’s a great feeling to have artists be able to grow and develop their sound and audience.”

SoundCloud offers prerecorded samples of music that users can add to their own tracks and loose regulations to give artists enough freedom to get the sound they want. The site doesn’t monitor and censor content, and rappers are free to exchange and use one another’s beats or features. Horton said he appreciates these options because getting music onto platforms like Spotify and Apple Music can be difficult without the money to clear music samples and get the songs uploaded. This accessibility makes it possible for unknown musicians to break into the scene: rapper Post Malone released his first ever single on the site in 2015.

“Especially in hip-hop, a lot of the music is sample-based, beat-based and taken from other places,” Horton said. “It’s harder to post on these other streaming forms when you have those roadblocks in the way unless you have the capital and can pay for it. SoundCloud kind of just lets you do whatever. It exists to be free.”

Senior Cal Goodin said he has taken photographs for SoundCloud artists’ album covers. He says he has also listened to Horton’s music and noticed his flow was much different from more mainstream artists he has heard. He said the freedom of SoundCloud may be partially to thank for the notable sound.

“I imagine you don’t make a lot of money being a SoundCloud rapper,” Goodin said. “I imagine that there’s a lot of freedom with it though, because as far as I’m aware, SoundCloud censorship policies aren’t that much.”

Because SoundCloud is such a simple and accessible site for so many, it draws in a large crowd of unknown artists. Husselbee said she thinks SoundCloud can be useful for local artists even if they don’t wish to put out their own tracks.

“Even people that I didn’t even think would be into making music are able to create beats and just give it to someone else,” Husselbee said. “Basically all local artists are on SoundCloud, so everyone is supporting local artists and friends. It’s easy to share that link out to so many people. It’s nice to have a place like SoundCloud to put all of your stuff.”

SoundCloud does have its flaws, however. Because the service is mostly free, it has brought in over 175 million monthly listeners. The vast majority of these users do not subscribe to its Pro Unlimited package, which offers additional features like unlimited upload time. Nonpaying users can upload a total of three hours worth of content, but for $12 a month, users can upload unlimited hours of content. This means an artist has to work hard to get notoriety, and the music itself can suffer from the cheap production process due to its do-it-yourself nature.

Senior Joey LoPiccolo often listens to artists on SoundCloud. He said he was initially bothered by the sound of most SoundCloud music because the quality wasn’t as clear as professionally produced songs that experienced artists release. He also said finding recognition on SoundCloud must be especially challenging given the user stats.

“The sound itself, I don’t know if it’s supposed to be that muddled,” LoPiccolo said. “As someone who likes a nice, clear, crisp sound, it kind of bothers me. I think the style is fine, but what they use to sample seems a little low in fidelity. I also feel like there’s a lot of trudging you’d have to do to find some songs. It might be an overly saturated genre.”

Similarly, LoPiccolo said part of the glory of SoundCloud is the product that comes out of making a project without high expectations.

“You’re doing that for you,” LoPiccolo said. “I think when you go into it with the mindset that you’re making this music that’s not necessarily gonna get you paid, it just might get you recognized, that facilitates an area for good music and music that people might really like to rise up.”

Laidlaw said for him, rap music is about community and how it can connect individuals.

“Rap has allowed me to connect with other people, where I’d usually keep everything in my head before,” Laidlaw said. “To me, rap is about bringing people together. It can be about vibing, chilling, having a good time or having a party. In general, music brings people together. Nothing quite gives the same feeling as rap.”

Review: Synth sounds and raw lyrics strike success for The 1975