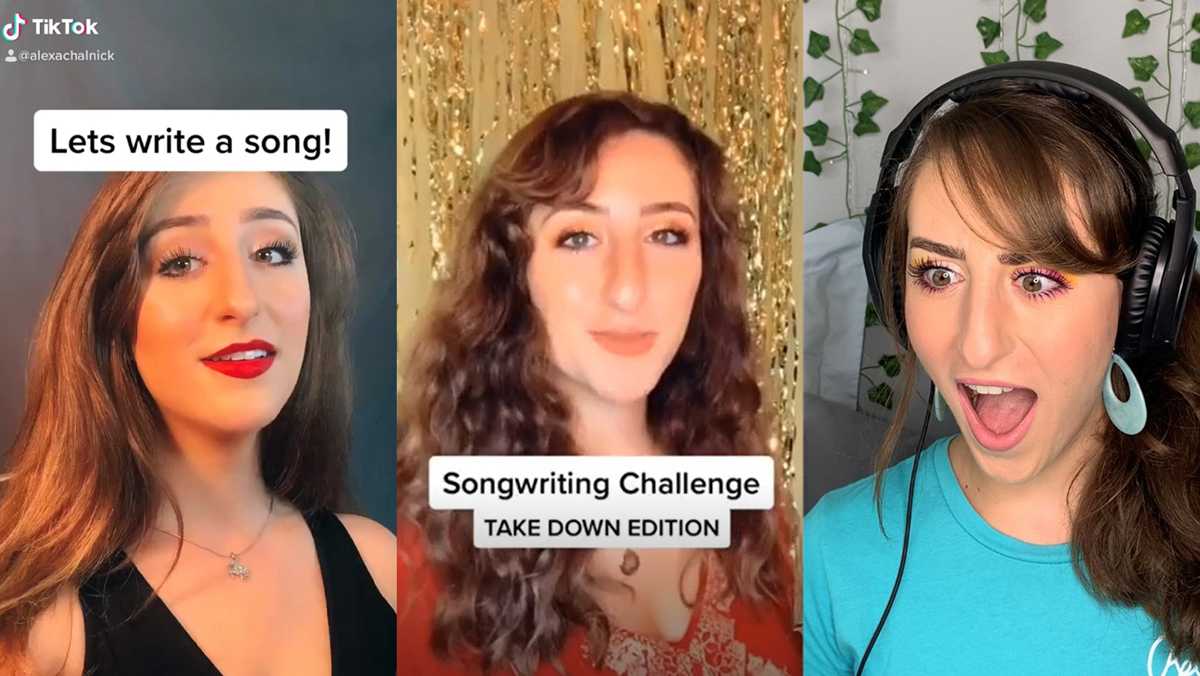 Sophomore Alexa Chalnick, an Ithaca College student majoring in music with an outside field in theater, spends her days after online classes winding down with her grand piano. On the weekends, however, she hosts workshops called #SingForAlexaSaturday, a weekly event that was made possible after a few of her musical theater–inspired TikTok videos went viral. Her account has since reached approximately 592,200 followers.

Chalnick hosts #SingForAlexaSaturday through Zoom, and it allows for users to connect with Broadway professionals, showcase their talents and receive constructive criticism from other users. Chalnick promotes the workshops on TikTok, providing a Zoom ID and password before they begin. Typically, a workshop session includes three users selected from Chalnick’s TikTok following performing a song or a monologue for the featured Broadway guest and receiving feedback from the guest.

This workshop is similar to other programs like The Broadway Mentors Program and A Class Act NY, both of which offer rising actors an opportunity to hone their acting, singing and dancing skills with top Broadway professionals. However, unlike other workshops that can cost hundreds or even thousands of dollars, Chalnick’s workshops are free and open to the public.

Usually, the workshops bring in between 100 and 200 users every session. Since the first workshop was held in April 2020, Chalnick has held 12 sessions.

Graham Fleming, who was an understudy for Chris in the musical “Miss Saigon,” collaborated with Chalnick on one of her TikTok livestreams. One friendly conversation with Fleming during quarantine led Chalnick to embark on #SingForAlexaSaturday. Actors like Dan Tracy from the musical “Waitress,” David Jefferey from the musical “Dear Evan Hansen” and Broadway directors like Brandon Powers and Ben Rauhala have also been featured as guests.

In addition to the featured professional guests, TikTok users are selected to participate as main performers for the workshop. Out of the up to 50 submissions sent to her every week, Chalnick chooses three users as main performers, with one additional user selected as an understudy for the three. The selection process occurs a few days before the workshop and requires a user to post a TikTok stating their name, why they want to be chosen and a clip of a song or monologue that they plan to perform.

A study in the Theatre, Dance and Performance Training Journal notes that the rise in digital technology is transforming actor training to create a more globalized network of theater professionals. New technologies allow the teacher and student to move away from the traditional shared space in a studio, a change that has not proven to fundamentally change the learning process for the student.

Chalnick said the workshops provide a creative approach to be able to learn about the musical theater industry from an insider’s perspective.

“I love how we’re able to give people stuck at home the chance to perform and get really good advice from these Broadway professionals because, to me, it kind of works as a double streak,” Chalnick said. “These workshops benefit us both because not only are my viewers learning, but the guests are getting good business from continuing lessons after the workshops with some of my viewers.”

When she’s not collaborating with professionals, Chalnick writes, records and posts musical theater–style songs on TikTok in a makeshift studio in her home.

Chalnick’s first viral TikTok was a short song about her crush in November 2019. However, there was one problem: The song was about her resident assistant (RA), and soon, all of the Ithaca College RAs — including her own — had seen the video, which now has approximately 411,000 views.

“My roommate and I were really close with our RA, so I knew if he ever found out about the song, he would be cool with it,” Chalnick said. “I think the whole suspense up to then was what got everyone hooked because more and more people every day would approach me asking what was going on. I just thought it was really funny, and I loved feeling like I was like the main character in some sort of movie.”

#duet with @wow_its_ian I showed this to @emily.vol14 and we were CRYING it’s so funny! Gouda job 👏🏻💙🧀 #songwriting#challenge#musicaltheatre#fyp

♬ A Tale of Forbidden… – AlexaChalnick

Some of her more recent TikToks include songwriting challenges. She asks users to “duet” her videos, an opportunity that allows different creators to make a video next to Chalnick’s. While Chalnick sings half the lyrics, others will act as another character and create their own lyrics to complete the challenge’s storyline. One of her videos, called “The Take Down,” was featured on the national television show “Right This Minute” after more than 3,000 duet videos were posted on TikTok.

The most liked “The Take Down” video is a duet from user @lykab0ss, who sings as a service worker asking Chalnick — who represents a “Karen,” or a typically rude and racist woman — to wear her mask.

“‘The Take Down’ challenge was not the first of my songwriting challenges, but it’s the most popular because I think it’s the most appealing,” Chalnick said. “It’s a very spicy challenge, and it puts you in this … position of power, which I think was a main reason why it got so many people’s attention.”

♬ The Take Down – AlexaChalnick

Melvin Rodríguez, a restaurant manager and performer from New York, said that he first heard about “#SingForAlexaSaturday” through a promotion on Chalnick’s TikTok account. When he was chosen as a featured performer for the workshop with Anna-Lee Wright — who played the character Yvonne in the 2017–18 production of “Miss Saigon” on Broadway — Rodríguez said that he was intimidated at first but was grateful for the experience.

“As a performer, I am normally inclined more to opera because it was my major in college, but musical theater was my passion when I was a teenager, and I wanted to try it again,” Rodríguez said. “Alexa has helped me realize that I can still do musical theater, that it still is my passion, and for her to give these opportunities to us is something to be proud of.”

Emma Burton, a college freshman from Nashville, Tennessee, was selected as a main performer for a workshop with Gabriella Marzetta, who played Dawn in the 2020 national tour of the musical “Waitress.” Though she was unable to sing because of her treatment for an autoimmune disease, Burton attended the workshop and spoke with Marzetta through Zoom prior to it starting. Burton said that working with Chalnick felt like she was collaborating with a friend.

“Alexa knew how much I loved her and ‘Waitress,’ so it meant the world when I found out she picked me to sing,” Burton said. “She makes every single person she interacts with feel cared about.”

Sophomore Emily Haak, Chalnick’s former roommate, met Chalnick through social media during summer 2019 before their first semester in college. Haak has also been featured in Chalnick’s TikTok videos, including one in which Chalnick flew out to Haak’s hometown of Kansas City, Missouri, to surprise her for her 19th birthday.

Haak said that Chalnick has had a significant impact on her life because of her kind heart and dedication to creativity.

“Once she gets even the slightest sense of a new project, she throws herself into it headfirst,” Haak said. “Her commitment, her passion and her raw talent inspires me every day to live a life in which I am always giving my best. She not only inspires her viewers and everyone around her, but she challenges me to be a better and kinder human being.”

Chalnick said that she does not know what to expect for the future, even as President Donald Trump talks of banning downloads of TikTok. Chalnick said that she plans to create more TikTok videos and host more workshops with actors like Larry Saperstein, who plays the character Big Red in the Disney+ TV series “High School Musical: The Musical: The Series.” She said that her ultimate goal is to act on Broadway and that she hopes she can continue to inspire others to pursue their own passions.

“Until you take the leap of faith, take a deep breath and start getting yourself out there, then whatever you want to happen isn’t going to happen,” Chalnick said. “It’s not the most perfect people who make it. It’s the people who persist.”