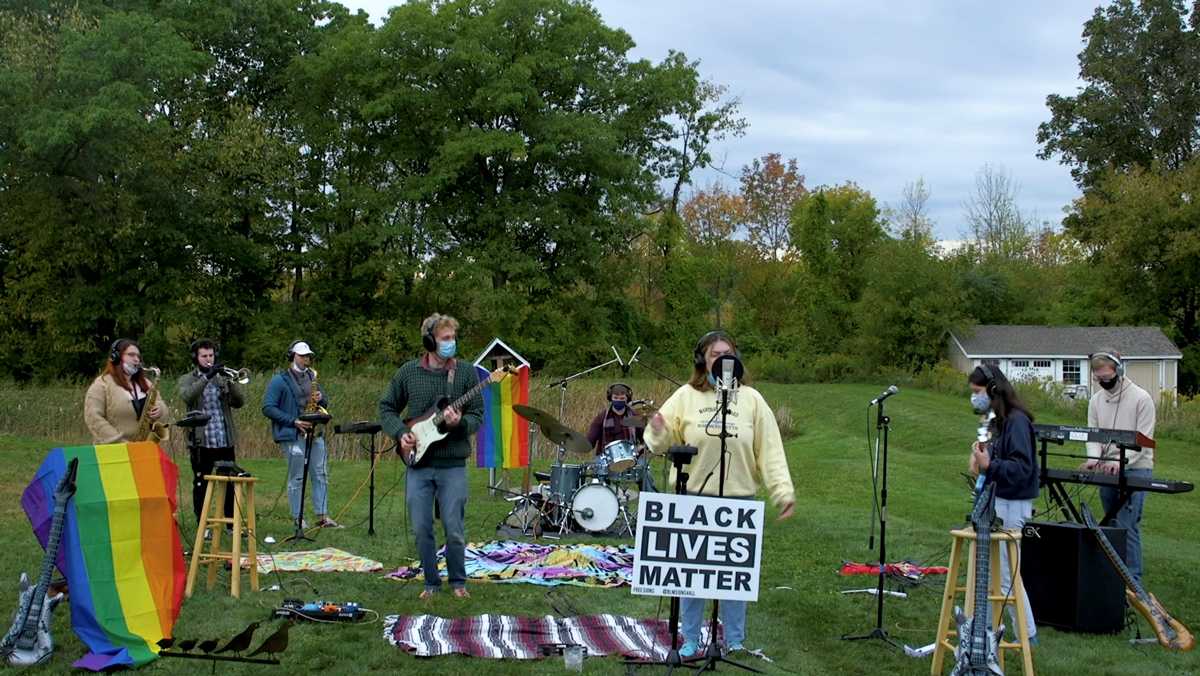 Taking the virtual stage — that is, a bedroom with light green walls and unplugged string lights hung around her door — Abby Sullivan ’20 started her approximately 30-minute performance for VIC Radio’s benefit concert with “What Do You Want from Me Tonight?” by Sidney Gish. Sullivan was the first of four prerecorded performers during VIC’s benefit concert for Ithaca Children’s Garden (ICG), held from 8 to 10 p.m. Oct. 30.

The 50-hour marathon was originally scheduled for April 2020, but because of the COVID-19 pandemic, it was pushed back to April 2021. Menard said that the concert could be pushed back again if the college — which recently announced its Spring 2021 reopening plans — reverts to online classes like it did in Fall 2020.

“We discussed ways of doing it remotely, but frankly, it’s such a big event,” he said. “There’s so much that goes into it. That would have been really tough to pull it off remotely.”

This is the first year VIC is hosting a benefit concert before the 50-hour marathon. Dearworth said that the concert was originally scheduled to run while the marathon was happening, but because the pandemic forced the event to be pushed back, VIC chose to have it in the fall semester. This was to raise awareness of the upcoming marathon, showcase local musicians and give VIC members an event to work on during the fall semester, Menard said.

Every year, the marathon raises money for a different local organization in Ithaca. Attendees could donate any amount they wanted during the concert, but Dearworth said that VIC did not want to require people to donate during the concert because of the financial strain the pandemic may have caused. The bulk of the fundraiser will happen during the marathon through individual donations or sponsorships from local businesses, Menard said.

VIC chose ICG for last year’s postponed marathon and kept it as this year’s beneficiary, Dearworth said. The VIC team selected ICG in October 2019 because of its free programs that teach children about environmental stewardship.

“We had a few different sustainable organizations [in mind], but I think the fact that [ICG was] focusing on sustainability and teaching children how to connect with the environment, … a sustainable life was the reason why,” Dearworth said.

ICG has made adjustments to its usual programming to accommodate the pandemic, said Erin Marteal, executive director of ICG. The organization canceled its in-person spring programs and summer camp and replaced them with at-home activities like “ICG At Home,” nature-based projects like play kits that families could use at home. “Explore the Waterfront” was another program ICG hosted over the summer in collaboration with the Sciencenter, Discover Cayuga Lake and Paddle–N–More. It was its first in-person event since March.

ICG is also launching a program called “Environmental Leaders of Color,” geared toward kids in middle school. The program invites young people of color to connect with their environment, a space that often excludes people who look like them, Marteal said.

“We find it’s particularly true in the environmental fields and the green sectors that … we don’t see black and brown faces and even Indigenous faces related to environmental leadership, so this project includes an invitation to youth groups and classrooms to research environmental leaders of color, select folks that the children find inspiring,” Marteal said. 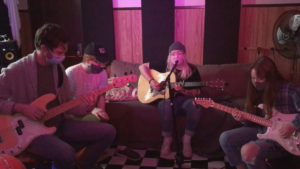 The benefit was streamed on VIC’s YouTube and website. The livestream had approximately 25 attendees. Besides Sullivan, solo artist Vee Da Bee and the bands Quail, which includes students from the college, and SHE’S A SPY, a band from Binghamton, performed through prerecorded segments. Quail rocked on a grassy stage, a backyard where all its members wore masks and displayed Black Lives Matter and pride flags. SHE’S A SPY sat huddled on a couch, drenched in pink lights and also wearing masks. Vee Da Bee played an acoustic guitar, to her right a black tapestry of constellations.

“It’s a really big event, and it reaches a large audience, but we wanted to draw even more awareness,” Menard said. “We said, ‘A lot of other people are doing virtual concerts. Why don’t we do it?’”

Sophomore Michael Avanessian, who attended the benefit concert, said that he has not been to many virtual concerts, though he enjoyed going to concerts on campus and in Ithaca before the pandemic. He said SHE’S A SPY’s set was his favorite part of the concert because of the band’s intimate, unplugged sound.

“One thing I like about virtual concerts is the … interactive aspect that there can be,” he said of using the chat box to communicate with other concertgoers. “It was interesting and fun chatting with everybody and having that banter which you don’t have as often in live concerts so much.”

Dearworth said the goal of the marathon is to raise approximately $3,000, but VIC has raised more in the past. During the Spring 2019 marathon, VIC raised approximately $3,700 for the Suicide Prevention and Crisis Services of Tompkins County. VIC raised $45 the night of the benefit concert. Combined with its fundraising through phone-a-thons in the spring, it has raised $215.

Dearworth said that she remembered the feelings she missed about being in the studio for the marathon — coordinating with performers, the fatigue of staying up for so many hours and the victory of completing so daunting a task.

“I’m just excited to enjoy and see what Ilyana has put all together and put so much effort and energy into,” Dearworth said. “Having us put this concert together even though we’re having a marathon still in the spring … makes me very happy to see how the session has grown throughout the years.”

Editor’s note: Castillo is podcast editor at The Ithacan.