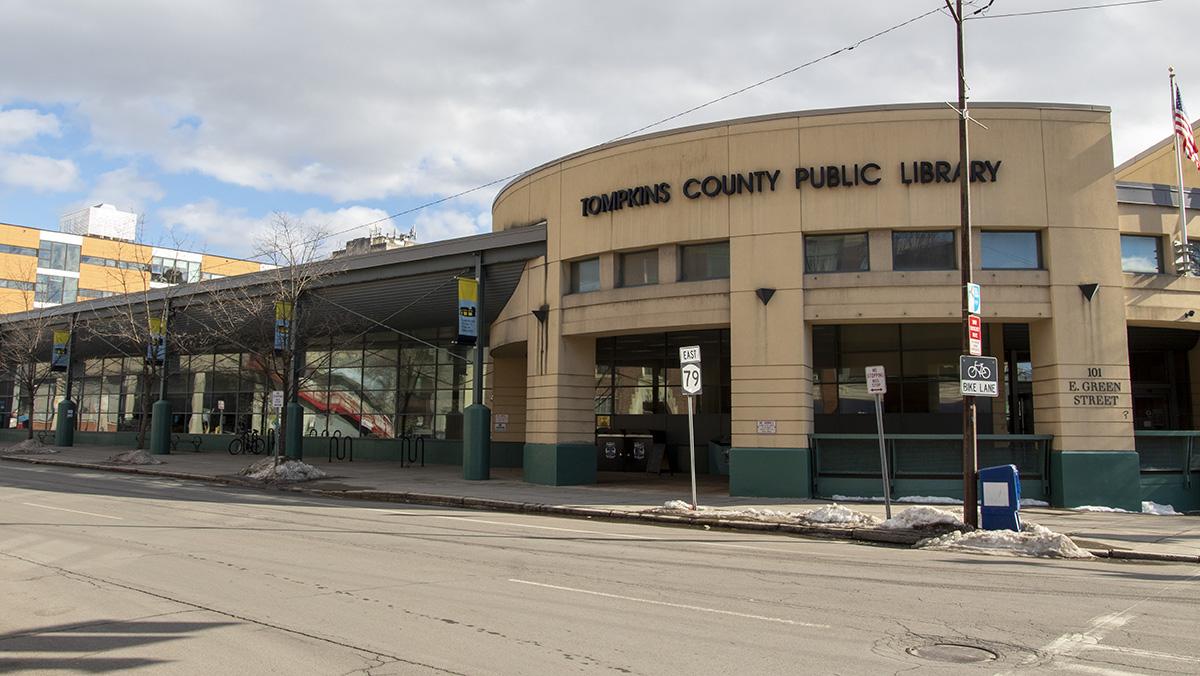 Mikayla Elwell/The Ithacan
Find a superhero cape and a pen, because it is Will Eisner Week at the Tompkins County Public Library. The library holds the week every March in honor of the late cartoonist, Will Eisner.
By Sydney Brumfield — Staff Writer
Published: March 3, 2021

Find a superhero cape and a pen, because it is Will Eisner Week at the Tompkins County Public Library. The library holds the week every March in honor of the late cartoonist, Will Eisner, who is often referred to as the father of the graphic novel art form.

From 4 p.m. to 5 p.m. Mar. 5, Will Eisner Week will conclude with “Beyond Bang, Wham, and Pow: How to Create Compelling Narratives in Comics,” a comic writing workshop that is run by Ithaca College’s Graphic Novel Advisory Board (GNAB). The workshop will be held virtually and is free to the public.

Will Eisner Week is celebrated by libraries, museums, schools and comic book stores across the country to promote graphic novel literacy and freedom of speech. The Tompkins County Public Library began celebrating Will Eisner Week in 2019.

Eisner was born in Brooklyn, New York, in 1917. His career as an artist spanned almost 70 years until his death in 2005. He was a trailblazer, developing visual panel layouts associated with graphic novels. Most notably, he was the creator of crime fighter and superhero comic series “The Spirit,” “Lady Luck” and “Uncle Sam.”

Sophia McKissick, community engagement and outreach librarian at the Tompkins County Public Library, said that Will Eisner Week was created as a celebration of his contributions to the art world, and also graphic novels in general.

McKissick said when she assisted with the first Will Eisner Week held at the library, it was originally just a meeting of the Panel Graphic Novel Book Club, a local book club. Since then, Will Eisner Week has grown tremendously.

Tompkins County Public Library’s week is composed of three days of activities. It started with the meeting of Panel by Panel, where this year McKissick led a discussion of the winner of the Will Eisner Award-winning graphic novel, “Snow, Glass, Apples” by Neil Gaiman and Colleen Doran.

“People can sometimes be dismissive of graphic novels as not ‘real’ books,” McKissick said. “I think that’s really underselling the level of talent and work that goes into them.”

On Tuesday, the second day of Will Eisner Week, the library ran a cartooning basics workshop with the illustrator Corinne Roberts.

During “Beyond Bang, Wham, and Pow: How to Create Compelling Narratives in Comics,” GNAB plans to teach attendees about the written element of this art form. At the workshop, GNAB will be teaching the dos and don’ts of how to effectively use narrative so that it works with pictures instead of against them.

Junior Kaitlyn Dennehy is one of the members running the workshop as a part of GNAB. Dennehy said the GNAB started out as a class offered at the college and is transitioning into a student organization. GNAB is dedicated to doing community outreach to schools and libraries to help them accumulate graphic novel collections.

This is the first year GNAB is working with the library on Will Eisner Week.

This workshop intends to offer insight into the art of writing graphic novels for individuals aged 12 and older. Senior Angelina Randazzo, a member of GNAB, said anyone who is interested in writing or has a passion for graphic novels, and any artists who want to step outside their comfort zones and try something new should register online for this virtual workshop.

“I think comics and graphic novels are a lot of fun,” Randazzo said. “I think they have a lot more freedom than textual novels, and I think anyone should really try.”

Dennehy said that she will be talking about plot and story structure, and the workshop will also discuss how the visuals and the written text work together. Dennehy said that the group attempts to change the public’s perception of graphic novels.

GNAB informs people about the educational benefits of graphic novels, beyond just being an entertaining form of literature. Dennehy said graphic novels increase visual literacy and critical thinking, which is increasingly important now, especially with a large amount of media being predominantly visual.

Senior Coletrane Herrmann, a member of GNAB, is helping at the workshop as well. Herrmann will be crafting practice activities for the workshop in a sort of mad-lib style where he will be providing prompts and blanks to help people get their creative gears turning.

“That’s really what I am most interested in, seeing how the participants will work with what I’ve written and how they write their own new stuff,” Herrmann said. “Seeing if they write differently knowing that the context is for a graphic novel versus than if the context was for a book is fascinating.”