“And this is for colored girls who have considered suicide but moved to the ends of their own rainbows.”

These words form the mission statement of black feminist playwright and poet Ntozake Shange’s best-known work: a “choreopoem” titled “for colored girls who have considered suicide / when the rainbow is enuf.” The piece, which is a form of dramatic expression that includes dance, song and poetry, recreates the experiences of women of color living under inescapable systems of oppression. At 7:30 p.m. Nov. 10 and 2 p.m. Nov. 12 in Muller Chapel, seven women at Ithaca College — each character dressed in a different color —  will bring Shange’s words to life, using their own experiences as inspiration for the episodic tales of love, pain and triumph. The group will also hold talkback sessions after both performances.

The production is directed by Cynthia Henderson, associate professor of theater arts, and choreographed by senior Jose Useche. Performing Arts for Social Change, a socially conscious theater group in Ithaca, and the African Latino Society are supporting the production.

Henderson said the project began when two of her students came to her during the spring semester and asked her to help direct the play. One of those students, junior Isabella Gervasoni, is a producer for the upcoming production and plays the Lady in Orange. Gervasoni said there are other annual theater traditions at the college that celebrate women or sexuality but that none provides a space specifically for women of color. 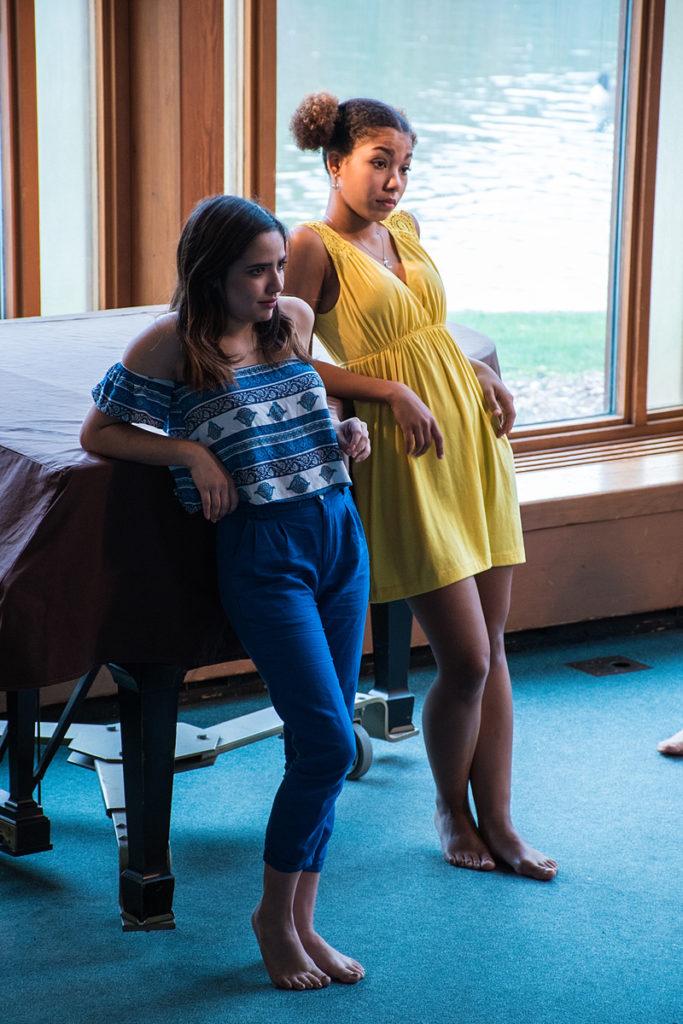 “We have ‘The Vagina Monologues,’ and we have ‘Rocky Horror,’ but why don’t we have ‘for colored girls’?” she said. “We don’t really have anything for women of color on this campus. I know me and a few other students wanted to have something to empower us because we don’t get a lot of representation.”

Gervasoni said she discovered Shange’s choreopoem this past spring in an English class called The Power of the Injustice and the Injustice of Power: Life on the Margins of American Literature. After reading it for the first time, she knew she wanted to make sure it was performed on campus, she said. Gervasoni said it is especially important after the protests that occurred on campus during the Fall 2015 semester, that women of color have a safe space to express themselves.

The production unites women in the cast and crew from various backgrounds and areas of study — theater studies majors work alongside journalism majors and emerging media majors. Henderson said this speaks to the play’s universal themes.

“It’s specifically written about women of color, but it speaks to all women,” she said. “It speaks to anyone who has been abused or who has had something about them appropriated culturally. It’s a very universal piece, but it’s also a very specific piece.”

Senior Sappho Hocker, a cinema and photography major who plays the Lady in Purple, said part of the reason why she became involved in a production was because of a class she took with Gervasoni in the Roy H. Park School of Communications earlier in her college career. The women formed a connection while discussing the low number of women of color involved in visual media at the college and the sentiment that there are too few opportunities for women of color to share stories about their experiences.

“That was when I really started to realize how separated I felt from the black community,” Hocker said. “I grew up in a pretty rural town, and I was one of the only nonwhite people in my grade. When I came to school here, I think I had just become so accustomed to identifying with other white people and to pushing myself to be whiter. … When I found out about this, I just realized how badly I needed that community and how much I needed all these women here.”

“There definitely are limited spaces for people of color — and especially women of color,” Richardson said. “It’s been really nice not only to be surrounded by women of color, but to be able to communicate and engage with others in this way.”

Gervasoni said the production initially did not draw as many people as she had hoped it would for auditions but that she is hoping this production will get people’s attention and continue as an annual tradition for an established theater group on campus. She also said she hopes the production will help the healing process within the ALANA community.

“It’s been hard this semester, especially for the ALANA community,” Gervasoni said. “I sense a divide between us all. I think there’s a lot of judgment between our own people, and I only hope that we can bring people together and kind of bridge this gap as a result of last semester and the events that were happening last semester.” 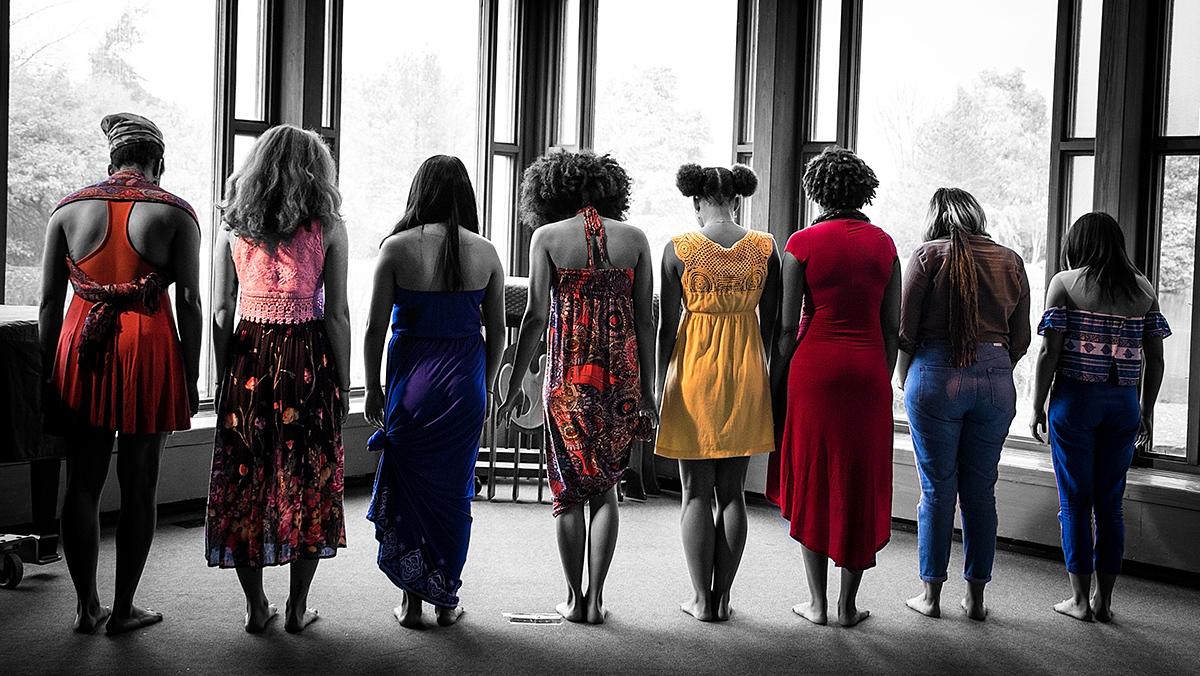 The performances will be held at 7:30 p.m. Nov. 10 and 2 p.m. in Muller Chapel. The piece, written by black feminist playwright and poet Ntozake Shange, was created as a choreopoem, which is a form of dramatic expression that includes dance, song and poetry. Ash Williams/The Ithacan