A kind of closure

When senior Jessica Arnone heard the news Sunday night that Osama bin Laden, the mastermind behind the 9/11 attacks, had been killed, she was ecstatic. 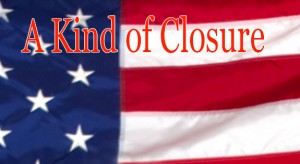 On a Tuesday morning nearly 10 years ago, Arnone’s seventh grade classmates were being pulled to the principal’s office individually. In Manalapan, N.J., almost everyone had at least one parent commuting into New York City. And on Sept. 11, 2001, the students of Manalapan-Englishtown Middle School were being told the fate of their parents.

But Arnone, now a senior at Ithaca College, wasn’t called down. She assumed everything was fine — until she went home to find her mother and two sisters crying. Her father, an electrician at Merrill Lynch in the financial district of New York City — blocks away from the World Trade Center — was missing.

For three days, Arnone and her family didn’t know if her father was alive. Finally, he was able to call them. When the first plane struck the tower at 8:46 a.m. her father went into the basement, losing cellphone service. After three days, he was able to get out of the debris but not leave the city. Bridges and tunnels had been closed, making it impossible for anyone to leave or enter. But a few days later, he was able to make it back to his family.

“He was covered in ash,” Arnone said. “He had a beard. I didn’t recognize him.”

It’s nearly 10 years later, but 9/11 has never been far from Arnone’s mind. Arnone, like the millions of others in her generation, grew up with 9/11 and the War on Terror. It was because of bin Laden that her father had difficulty transitioning back into work in the city and why her Staten Island firefighter uncle would never talk about 9/11, except to say he was sifting through bodies for days.

“I was very happy,” she said. “His death isn’t the end of terrorism, but it’s a step forward. A little bit of justice has been done.”

As the tweets, Facebook statuses and finally mass media reported on bin Laden’s death, college students across the country reacted to the death of the man responsible for the destruction they remember as children. In Washington, D.C., college students gathered outside the White House singing patriotic songs. In New York City, students visited Ground Zero waving American flags. At other institutions such as Penn State University, Cornell University and Iowa State University, students rallied, showing patriotism. At Ithaca College, the reaction to his death was quieter but just as significant.

“It doesn’t mean the war is over but it’s a positive thing. He took thousand of lives. This is going to unite us,” Freshman Jordan Mancuso, a Staten Island native, said.

Mancuso said he remembers driving past the World Trade Center on Sept. 9, 2001 on his way to a New York Yankees’ baseball game and remembers his father pointing, saying, “Look up. It’s the World Trade Center.” Two days later, the then-fourth-grader was at a playground that overlooked the city, watching the smoke and destruction from the Twin Towers.

But for other New York City natives at the college, bin Laden’s death was not a symbolic celebration.

Senior Susannah Chovnick, a Brooklyn native who felt the ground shake in her middle school when the towers were struck, said she remembers walking back home with her mother and sister, all of them covering their mouths from the debris and smoke. But even though she vividly remembers the empty skyline, she was surprised of the responses and photos of Americans celebrating bin Laden’s death.

“I had a flashback to 9/11 when I remembered people in the Middle East dancing in the streets and happy America had been hurt,” Chovnick said. “I feel like we’re doing the same thing. He was an awful person, and he represented evil, but our response is perpetrating more violence.”

But sophomore Collin Schuck, who had an uncle and aunt in the Pentagon when the 9/11 attacks happened, said Americans are celebrating the country’s efforts — not a death. Schuck and his roommates created a music video called “Osama’s Dead,” set to the tune of “I Just Had Sex” by The Lonely Island, with the hopes of selling it on iTunes and donating proceeds to the 9/11 Fund. The video mentions Osama’s death but also thanks the troops overseas.

“We lost thousands of people that day and since then thousands more,” Schuck said. “It’s retribution in a way.”

Retribution, against a man that many students have said they sort of forgot about.

“He slipped through with everything that’s going on in Iraq — with the economy and everything else,” Schuck said.

Sophomore Rob Flaherty said he was shocked when he saw tweets Sunday night.

“I had put bin Laden out of my everyday thoughts,” he said. “He was out of sight, out of mind.”

But this was not true for everyone.

For senior Karen Peck, going back to her hometown of Garden City on Long Island is always a reminder. The town, 20 miles from the city, lost 23 residents on Sept. 11. In the center of the town is a memorial, reminding everyone of the lives lost.

For those personally affected by 9/11, Jonathan Laskowitz, associate professor of sociology, said there will be some solace for the families — but it will be short-term.

“When we allow families of victims to attend executions … there is rarely any long-lasting closure surrounding their loss,” he said. “In the morning light, their loved one is still gone.”

But for Arnone, bin Laden’s death brings closure — no matter how small — to her and her family.

“I texted my dad Sunday night to tell him what happened,” she said. “He texted me back just saying, ‘God bless America.’”