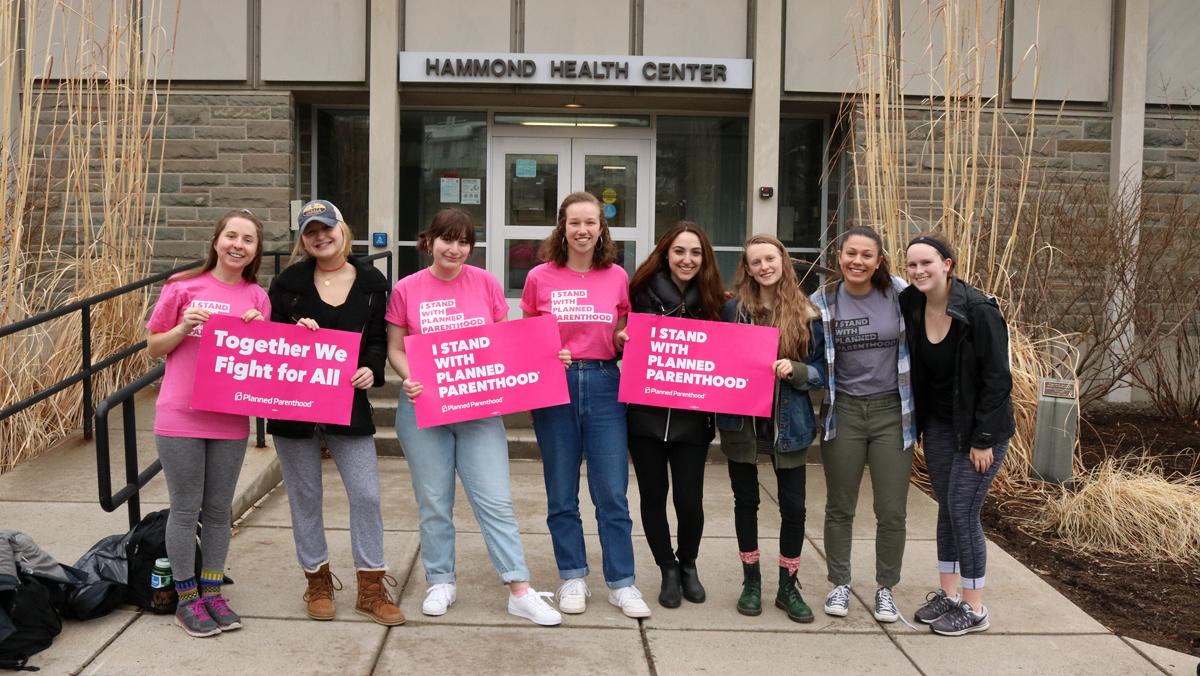 Ithaca College publicly announced that the college will continue to support students’ access to contraceptives after lobbying from the Ithaca College chapter of Planned Parenthood Generation Action, an activist organization.

The Trump administration passed a mandate that repealed a previous federal requirement in which employers had to include birth control coverage in their health insurance policies on Oct. 6. As a result, the group reached out to the Hammond Health Center and the college administration in Spring 2018 to ensure students would continue to have access to contraceptives, sophomore Olivia Forker, president of IC Generation Action, said.

The group sought public affirmation from the administration that access to contraceptives would be guaranteed despite the federal mandate. Rosanna Ferro, vice president for Student Affairs and Campus Life, and Vivian Lorenzo, medical services director at the Health Center, issued a public statement making this guarantee March 1 via Intercom.

The current Student Health Insurance Plan at the college covers the cost of birth control pills and other contraceptive options, including IUDs, with no out-of-pocket costs.

Since mid–2017, the Trump administration has made efforts with Senate Republicans to repeal, replace and undermine the Affordable Care Act. Additionally, there have been efforts to cut funding for Title IX, Planned Parenthood, Medicaid and other health care services.

Freshman Camryn Viola, a member of IC Generation Action, said it was important for the group to advocate for this issue because the policy from the Trump administration would affect millions of women in the country.

“I cannot stress how outraged I was that the Trump administration is taking direct aim at birth control coverage,” Viola said, “Birth control does so much more than protect against unplanned pregnancies. Birth control provides many health benefits that go unnoticed.”

As of September 2017, 62.4 million women had access to contraception through their insurance, rather than out of pocket, according to The National Women’s Law Center.

Planned Parenthood is a nonprofit organization that provides people with affordable reproductive and sexual health care related products. Its mission is to promote sexual and reproductive health by providing access to services, education and advocacy channels. The #Fight4BirthControl campaign was launched in January 2018 to fight against Trump’s mandates.

Ashleigh McGuire, director of public affairs at Planned Parenthood of the Southern Finger Lakes, said she provides support for the action group on college campuses. She said she reached out to IC Generation Action and told them about the #Fight4BirthControl campaign in Spring 2017. As a result, the group launched the initiative on campus.

“When I told generation action group at Ithaca College about this campaign, they actually were excited there could be a way for them to secure access to birth control,” McGuire said.

In Fall 2017, the group wrote letters to local publications explaining why it was important to have birth control on campus. The chapter also spoke to representatives in the area to voice its opinion, Forker said.

Toward the end of the semester, the group reached out to President Shirley M. Collado. Forker said Collado acknowledged the efforts of the group and referred it to Ferro and Lorenzo to move forward with its plans.

Lorenzo said via email the college cannot directly help students who opt out of the Student Health Insurance Plan to have access to contraceptives.

Forker said having Lorenzo explain the school’s insurance gave the group a better understanding to advocate for birth control on campus. The school requires all registered undergraduate and graduate students to have health insurance. In an effort to increase access to health care, the college has partnered with Atlanta International Insurance Company, a company that offers accident and casualty insurance, which is a plan serviced by University Health Plan, to provide a plan with comprehensive coverage for students at the college.

Viola said she is able to get her contraceptives through her parents’ insurance so she does not have the college’s insurance. However, she said that not many people have the option.

“I am so proud of Planned Parenthood Generation Action for taking the initiative to protect birth control on campus,” Viola said. “Many people do not have this privilege. They have to get their birth control from third parties like the Hammond Health Center. We are lucky that the Hammond Health Center and Ithaca College is on our side, willing to protect reproductive and sexual rights.”

Forker said the organization is now starting to work on a new initiative surrounding rape culture and sexual assault training. “Once we determined that we wanted to birth control campaign, we started talking about rape culture on campus and how this school handles sexual assault training,” Forker said. “We started looking into other training programs, we’re still in the beginning.”