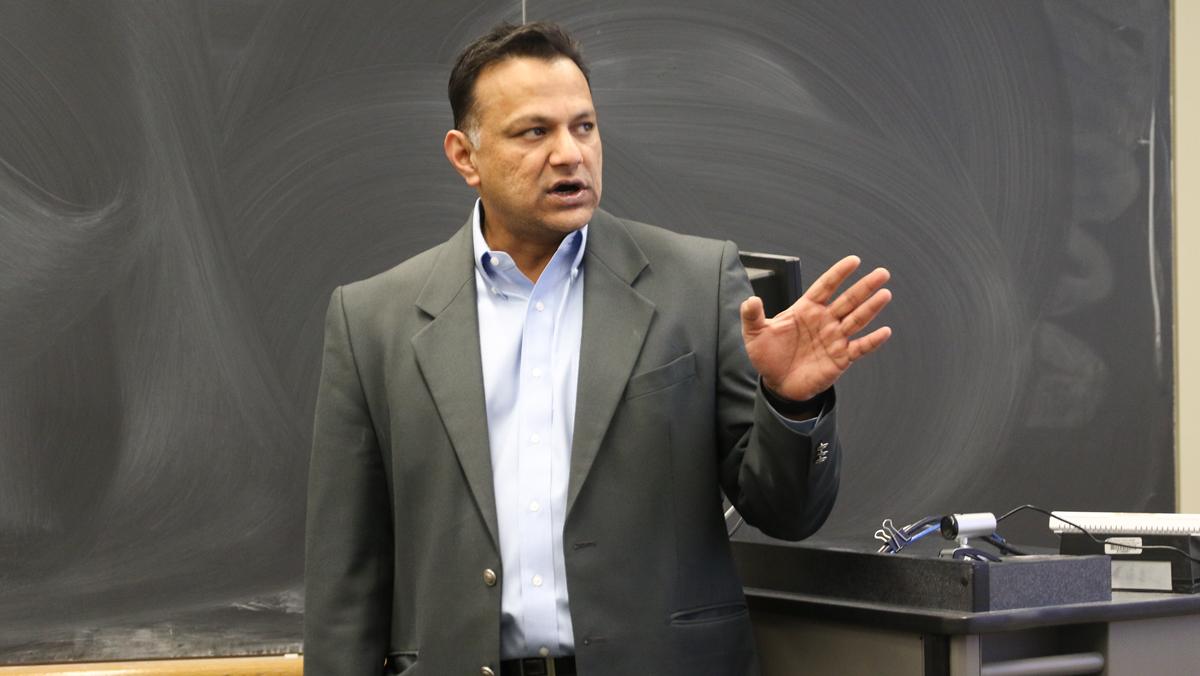 Ithaca College has released a draft energy audit for the Center for Natural Sciences building, the highest user of energy on campus.

The college partnered with GreenerU, a company that collaborates with educational institutions to facilitate energy efficiency, and Exposure Control Technologies, Inc., a company that assesses the need to update ventilation systems, to ensure there are no safety hazards in the laboratories in the building. The audit was partially paid for with a grant from New York State Energy Research and Development Authority, Greg Lischke, director of energy management and sustainability, said.

The audit determined which systems in the building use the most energy in order find ways to make these systems more energy efficient and sustainable. According to the audit, the building uses about 2,700,000 kWh per year, which is approximately 8.3 percent of the campus’ total electric energy use. The main sources of energy use are lighting, roof exhaust fans and air handling units.

In a presentation on Jan. 19 at the college, Kailash Viswanathan, GreenerU vice president of operations, said the primary goal of the audit was to give the college recommendations on how to improve the ventilation and exhaust systems, both in terms of safety and energy efficiency.

Lischke said the 26-year-old building has equipment that is becoming less efficient with time and needs to be replaced.

Viswanathan said the potential outcomes of the proposals include improving lighting and ventilation, saving $187,000 annually, reducing 45 percent of energy use and reducing approximately five to six percent of the campus’ greenhouse gas emissions.

The initial investment for solutions presented in the audit would cost $3.3 million and would yield a 7 percent return on investment, Viswanathan said. The audit proposed five energy conservation measures on the systems that use the most energy in the building.

The audit examined controls on thermostats and found that temperatures are often high in unoccupied rooms. Also, many of the rooms remain lit despite being unoccupied.

The audit also look at how to make the ventilation and exhaust systems in laboratories more efficient. The building has about 90 exhaust fans which is abnormally high and stresses the system, Viswanathan said. He said the proposed exhaust system is more energy efficient because the heat recovery system will control the air flow instead of having to use the exhaust fans.

Laboratory freezers, which emit significant amounts of greenhouse gases, use about 2 percent of the building’s energy, according to the audit. Viswanathan said turning down the freezers 10 degrees will yield the same results while simultaneously saving energy.

“Keeping them involved, keeping them in participation on a regular basis, there are proven studies out there that over years, you can maintain energy savings only through stakeholder involvement,” Viswanathan said.

Additionally, Exposure Control Technologies looked at the air change rates in the building to determine whether or not the rate of ventilation is safe for building occupants.

Exposure Control Technologies categorized the laboratory environments into risk control bands from one to five to assess which poses the most risk of exposure to potential harmful contaminants. In this ranking system, Risk Control Band 1 was the lowest risk and Risk Band 5 was the highest risk. The majority of the labs fell into the Risk Control Band 3 category and, therefore, need to be updated.

Exposure Control Technologies recommended putting fume hoods, ventilated enclosures where potentially harmful materials are held, in either minimum flow or hibernation when not in use and to eliminate defective lab equipment because it will make the laboratories safer.

Lischke said a review of the audit’s proposals will take place in the coming weeks to determine when it can be implemented. Planning is essential because certain laboratories may need to be closed for around three days while the adjustments are being made, Viswanathan said.

George Lampila, supervisor of mechanics in the facilities and maintenance department, said the audit provides a starting point for improvements to be made to the building.

“The information we’ve garnered, no matter what, is good information,” Lampila said.

Ernie McClatchie, director of facilities grounds and maintenance, said even if the changes proposed in the audit are implemented, they will only be beneficial if the building occupants maintain sustainable practices.

“The big aspect to this is really going to be the end user piece,” McClatchie said. “No matter what mechanical changes you make, if the end user doesn’t adjust the way in which they’re doing things, it’s a lot of money spent that never shows.”

Open letter: Administration must address the future of sustainability