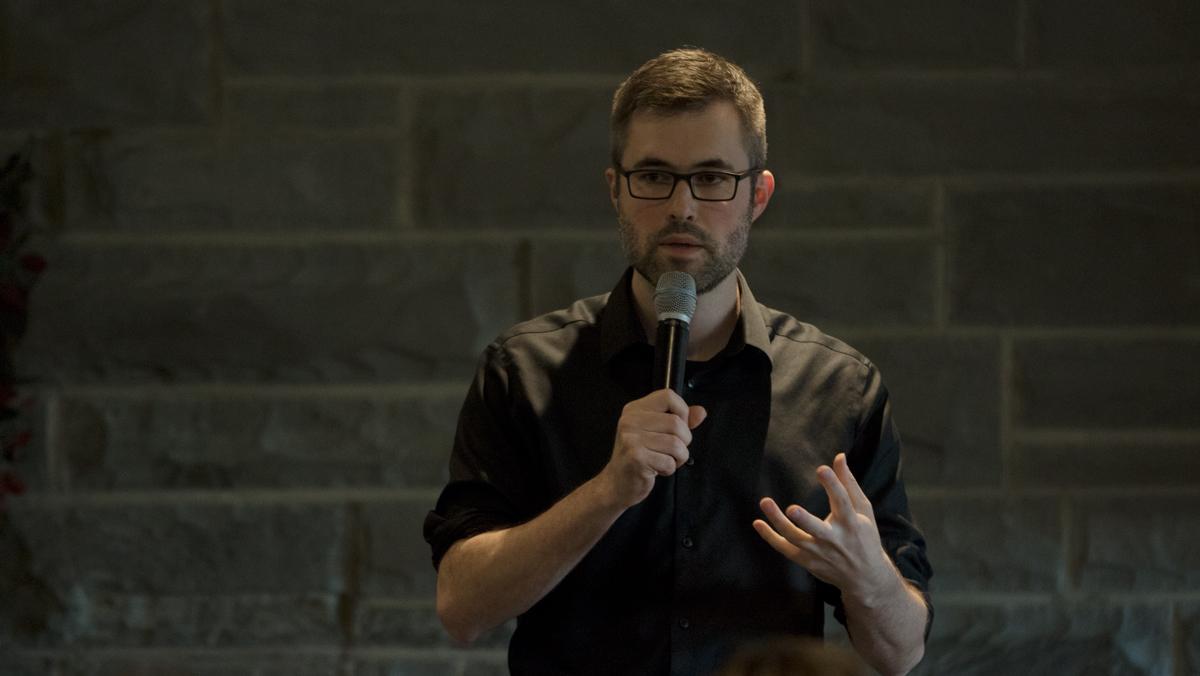 Author Mark Bray spoke about anti-fascist movements throughout history and the current role they play in the United States’ political climate Oct. 5 in the Klingenstein Lounge.

Bray spoke to a room of about 60 people for over an hour, detailing what the anti-fascist movement represents and the history of the movement. Bray discussed topics from his new book,“Antifa: The Anti-Fascist Handbook,” written months before the events in Charlottesville. Bray’s book details both the history of anti-fascists in Europe and North America as well as detailing what he learned from members of various anti-fascist groups around the world.

Bray laid out the history of the anti-fascist movement, from the socialists and communists who banded together to try to stop Mussolini in the 1920s to the resistance from punk rock groups in the United Kingdom in the 1970s and 1980s, to how it operates today.

Antifa has two ways of stopping fascists, Bray said. The first is to stop fascists before they can organize, while the other is to show a more appealing alternative to fascism.

“They have revolutionary socialist politics that interprets fascism and white supremacy not as a difference of opinion, but as a well-documented political threat that has exterminated countless people,” Bray said.

Bray followed his presentation by answering questions from the audience that ranged from what role academics play in the struggle against fascism to whether antifa is being fascist by suppressing the free speech of fascists. Bray said fascists stand for suppressing others and that since antifa is trying to stop that, antifa is not fascist.

“The point is that I disagree with the notion of taking one facet of an ideology and letting that stand in for the whole,” Bray said. “What that does mean is neither side subscribes to a liberal understanding of free speech.”

The event was organized by Andrew Thompson, visiting assistant professor in the Department of Sociology. He said the topics Bray would bring up would be helpful to students on campus.

“It seemed like an obvious discussion that needed to happen, and this was an opportunity to bring it to Ithaca because people here in all likelihood were also interested in having this discussion, and it turns out they were,” Thompson said. “When it comes right down to it, this would be the dominant position at a place like Ithaca College.”

Sophomore Patrick Pinney said he came to hear Bray speak because he personally disagrees with the notion of using violence against those you do not agree with.

“It doesn’t really matter about ideology because violence is just violence,” Pinney said. “I think that by de-platforming them in a strange way you legitimize because it’s something they can point to, saying, ‘Look, we do need to mobilize, we do need to fight, because these people are trying to take that away from us.’”

Sophomore Harrison Malkin said he would support an alt-right figure such as Milo Yiannopoulos speaking on campus because it is possible to learn something from them.

“I would personally go see [Yiannopoulos] and other people that are provocative because I’d like to see what happens, and I think from a lot of people, you can learn something — although those people, Nazis included, I don’t think you can learn anything from,” Malkin said.

Alan Gómez, a former professor at Ithaca College who now serves as an assistant professor of social justice at Arizona University, spoke at 7 p.m. last night in Klingenstein Lounge. The event was a part of the Center for the Study of Culture, Race and Ethnicity’s annual discussion series.