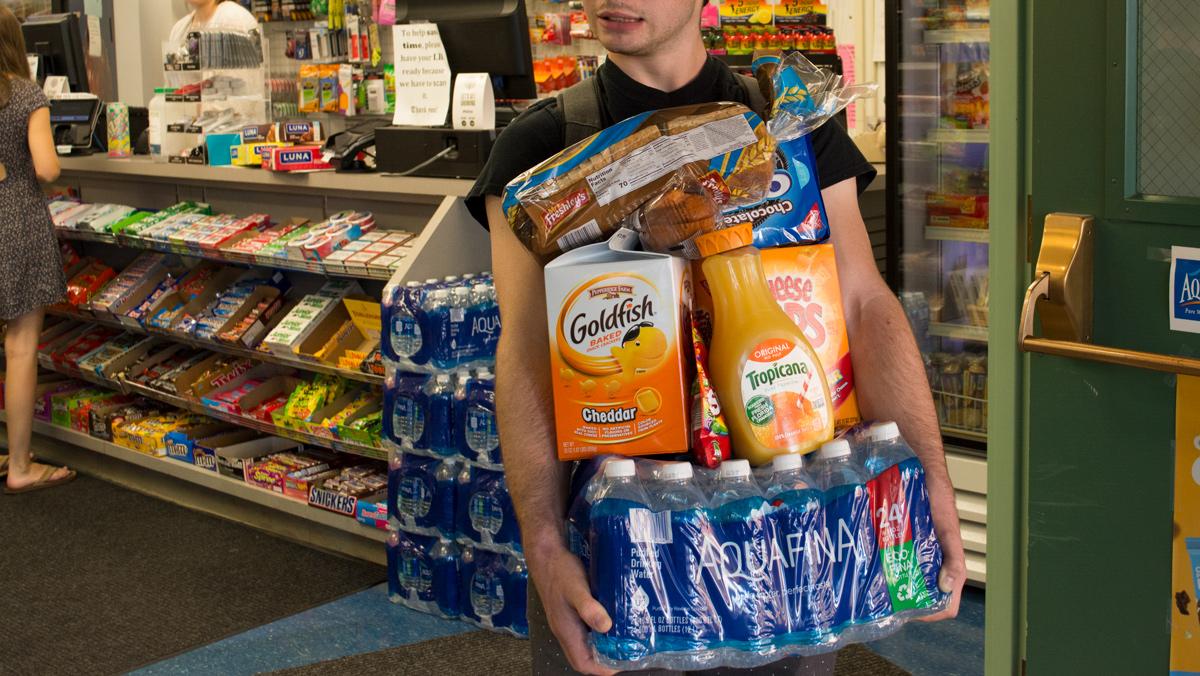 Photo Illustration by Ray Volkin
Starting this school year, Mac’s has foregone all bags, paper or plastic, and students will be responsible for carrying their purchases home.
By Krissy Waite — Contributing Writer
Published: October 2, 2017

Mac’s General Store will no longer be providing plastic bags to their customers in direct response to the Student Governance Council’s Plastic Bag Replacement bill from last semester.

Starting this school year, Mac’s has foregone all bags, paper or plastic, and students will be responsible for carrying their purchases home. Students can, however, choose to buy a reusable bag for $2.75.

“People have been receptive to the reusable bags — people were just going to fold them up and put them in their backpacks if they had them, so we really haven’t had too much resistance on it,” Watson said.

The SGC’s Environmental Betterment Committee proposed a bill last April that would require Sub Connection, Mac’s and the Circles Market to replace all plastic bags with paper ones. Watson was quoted in the bill, saying the Bookstore and Mac’s used between 50,000 and 75,000 plastic bags per year.

The bill was sponsored by juniors Alexis Fallon and Jessica Gallagher, transfer student senator. Sub Connection has started restricting its plastic bag use by requiring customers to ask for one until they can place a new order for paper bags. Circles Market has completely switched to paper bags.

Now that the bill has taken effect, at least in Mac’s, Gallagher said she hopes that people will be more conscious about their sustainable choices. She said she thinks it is second nature for people to get a bag for one item when they have a backpack they could have easily put their purchase in.

“I hope people will think, ‘Maybe I don’t need a bag,’ and it will translate into when they’re grocery shopping downtown or wherever else,” Gallagher said. “Ideally, we would like to see no plastic on campus, but that would take a lot of time and money, and this is the first step.”

Senior Chae Williams, a regular customer of Mac’s, said the new policy would make her more likely to shop there more often, as it is a progressive step in a sustainable future and campus.

“I just wish they had issued a school-wide notice,” Williams said.

Mac’s accepts all forms of payment