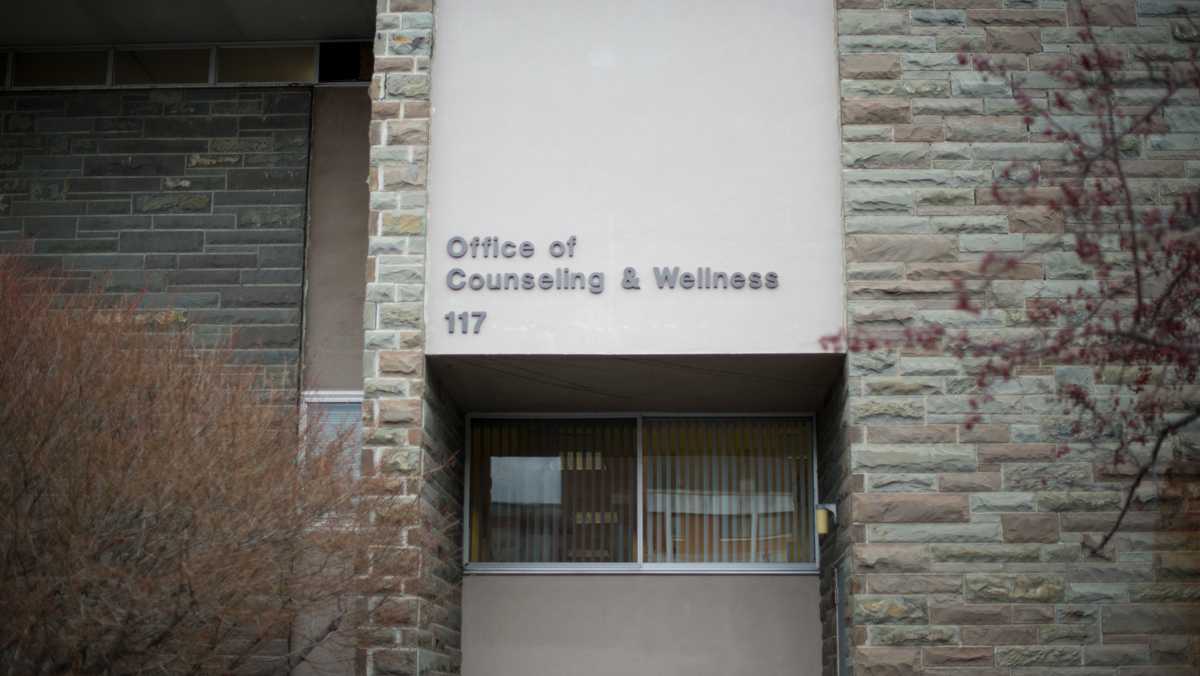 File Photo/The Ithacan
CAPS counselors see 17 to 18 percent of the student population, and in November 2016 there was a 15 percent increase in demand for counseling services, as previously reported by The Ithacan.
By Ana Borruto, Grace Elletson — Senior Writer, News Editor
Published: September 28, 2017

Since 2015, Ithaca College students have been asking for more services in Ithaca College’s Center for Counseling and Psychological Services, also known as CAPS. On Sept. 21, they got what they were asking for from President Shirley M. Collado: two new counselors and a case manager.

Collado announced the college will fill these positions because of the increase in students visiting CAPS over the last few years. Collado said in her announcement sent out to the college community via email that in order for the college to be “student–centered,” the institution must provide the help and support to all students so they can thrive. In addition to the counselors, Collado recreated the Division of Student Affairs and Campus Life, a division that has not existed at the college since 2012.

CAPS counselors see 17 to 18 percent of the student population, and in November 2016 there was a 15 percent increase in demand for counseling services, as previously reported by The Ithacan. During the Spring 2015 semester, students created an online movement called “Get CAPS Ready” in an effort to bring attention to the services needed for more funding and express their frustration with the increased wait times. Former President Tom Rochon responded in a commentary that the college would not fund the increase, as the college was “lacking infinite resources to continually add more staff.” At the time, Faculty Council and Student Governance Council also requested the administration increase the number of counselors. Since then, Rochon approved funding to hire as a postdoctoral resident for CAPS.

Deborah Harper, director of CAPS, said that she was thrilled when she heard CAPS was receiving two more counselors. She said she thinks Collado’s administration is able to add these positions because the college is in a different financial state than it was under Rochon’s administration. She said that because he was hired just after the 2008 financial crisis he was more concerned about the financial stability of the college.

“When President Rochon was here, I think he came to the campus with a lot of emphasis on strengthening the financial picture of the college,” Harper said.

Harper said she did not have data for how long CAPS wait times have been this semester. But in Spring 2017, the average wait time for students to get an appointment was 14 days.

This semester, CAPS only has seven counselors, two less than what they had last year. Harper said that in the beginning of the summer, two counselors left unexpectedly so she has been in the process of searching to fill those spaces and expects those searches to wrap up at the end of the spring semester.  After those positions are filled, she said, CAPS will start the search for the two new positions that were added by Collado, probably in the beginning of Fall 2018. After the searches are finished, CAPS will have 11 counselors.

Junior Zoe Howland, co-president of Active Minds, said she is excited to see two counselors added to the CAPS staff. She said she had never utilized CAPS before, instead seeking services downtown because of its reputation for long wait times. With Active Minds, however, she said she has collaborated with CAPS and the group has been trying to convince the administration to add more counselors for years. But because Rochon would not approve more funding, it never happened.

“With Active Minds, we advocate using the resources available on campus,” Howland said. “Having more CAPS counselors makes that resource more accessible to students, especially if they need immediate help.”

Junior Nick O’Brien said his previous experience with CAPS was a “dreadful” one. He said that when he was a freshman, he was confined to campus and had no means of transportation, so CAPS was his only option.

“Every time I would see someone at CAPS, it would be someone different, and I would have to start from the beginning, rather than continuing,” O’Brien said. “Also, it was made very clear that CAPS was only crisis treatment, not for long-term counseling.”

He said he hopes the addition of the new counselors will bring solutions to some of these issues.

“I hope that this makes CAPS more accessible to students, hopefully getting rid of long waiting periods to get in, and making it more of a force for good on the campus,” he said. “Also, hopefully, this will be able to provide more long-term counseling for students who are unable to receive it elsewhere for whatever reason.”

Junior Alaina Richey said she hopes that with the addition of these two counselors and social worker, more people will pay attention to CAPS and mental health awareness on campus. She said she thinks sometimes students feel uncomfortable asking for the help, and with this new change, she said that she hopes mental health issues are less stigmatized on campus.

“Before CAPS had this change, there wasn’t enough people so they chose the people who needed it most,” Richey said. “It’s important, but kind of invalidating for the other people who weren’t able to get the services they wanted.”

To combat this issue, Collado added another case manager position to the student affairs division. Harper said a case manager is more proactive than a counselor. Their job is to seek out students who may be having psychological issues, whereas a counselor only works with students who go to them. There is already one case manager at the college.

Howland said she believes that in the past, CAPS has been subjected to negative responses from students but that she hopes that this addition will encourage students to appreciate CAPS more. Collado also addressed SGC about mental health Sept. 25. Joe Cruz, Class of 2019 senator, asked about her background in psychology and how that can be applied at the college to address mental health. Collado answered by talking about the growing importance of mental health and discussed creating a mental health campaign on campus to help address that issue.

Sophomore Makai Andrews said she thinks this change, as well as Collado’s presidency, will bring better awareness to college students about mental health.

“President Collado’s attention and background in psychology is fantastic and really helps to promote the mental health discussions on campus,” Andrews said. “I think it’s a great step towards mental health awareness and advocacy on our campus, and I hope to see us continue on in this path as Collado’s presidency continues.”