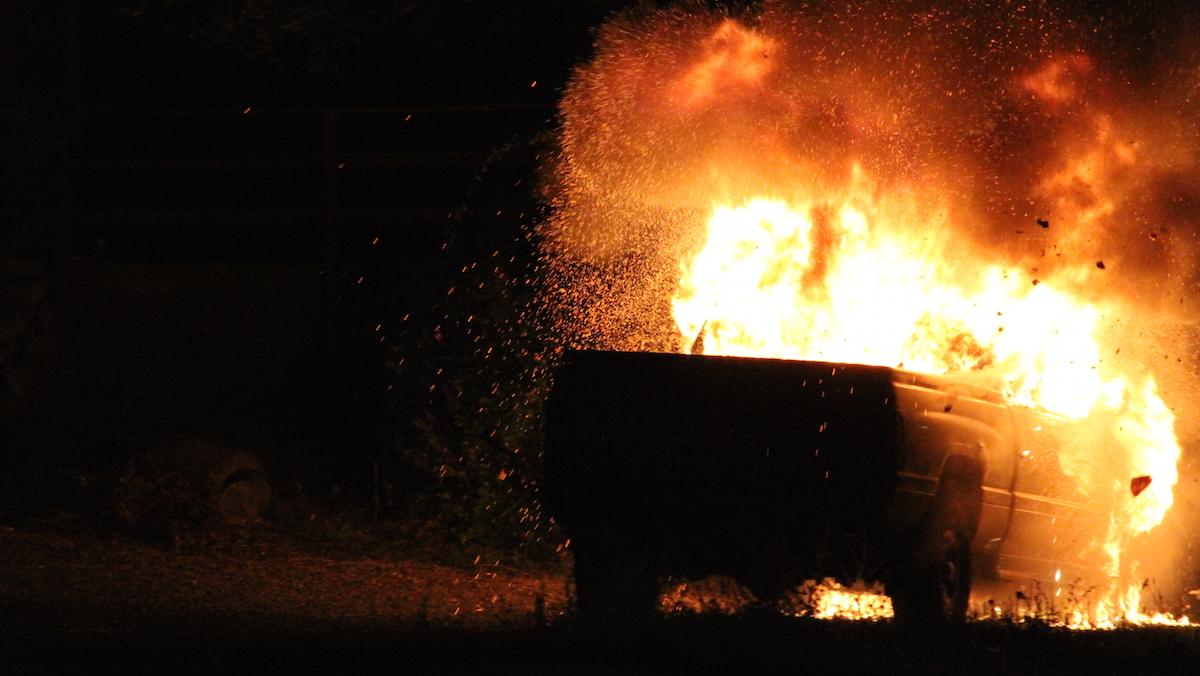 Emergency personnel responded to a vehicle fire that started late Aug. 27 off of Route 96B near the Solar townhouse apartments.

Ithaca College students living nearby reported the fire. A pickup truck was entirely engulfed in flames in a driveway at a private residence. The fire started around 11:45 p.m. Aug. 27, according to witnesses on the scene, and the Ithaca Fire Department had extinguished the fire just before 12:30 a.m. Aug. 28.

No injuries were reported and an ambulance did not respond to the incident.

Junior Nick Liddick lives next door to the residence where the fire started and said he ran over to the residence with his roommate, Wesley Rodriguez, who said he is a freshman at Tompkins Cortland Community College, who first noticed the fire. When Liddick and Rodriguez noticed the fire it had only built up near the engine, Liddick said. The fire ended up engulfing the entire cab of the truck.

“We ran over there, knocked on the door, had him come out and called 911,” Liddick said.

Ernie Williams, acting lieutenant for the Ithaca Fire Department, said the fire was due to a mechanical failure and no further investigation is needed. 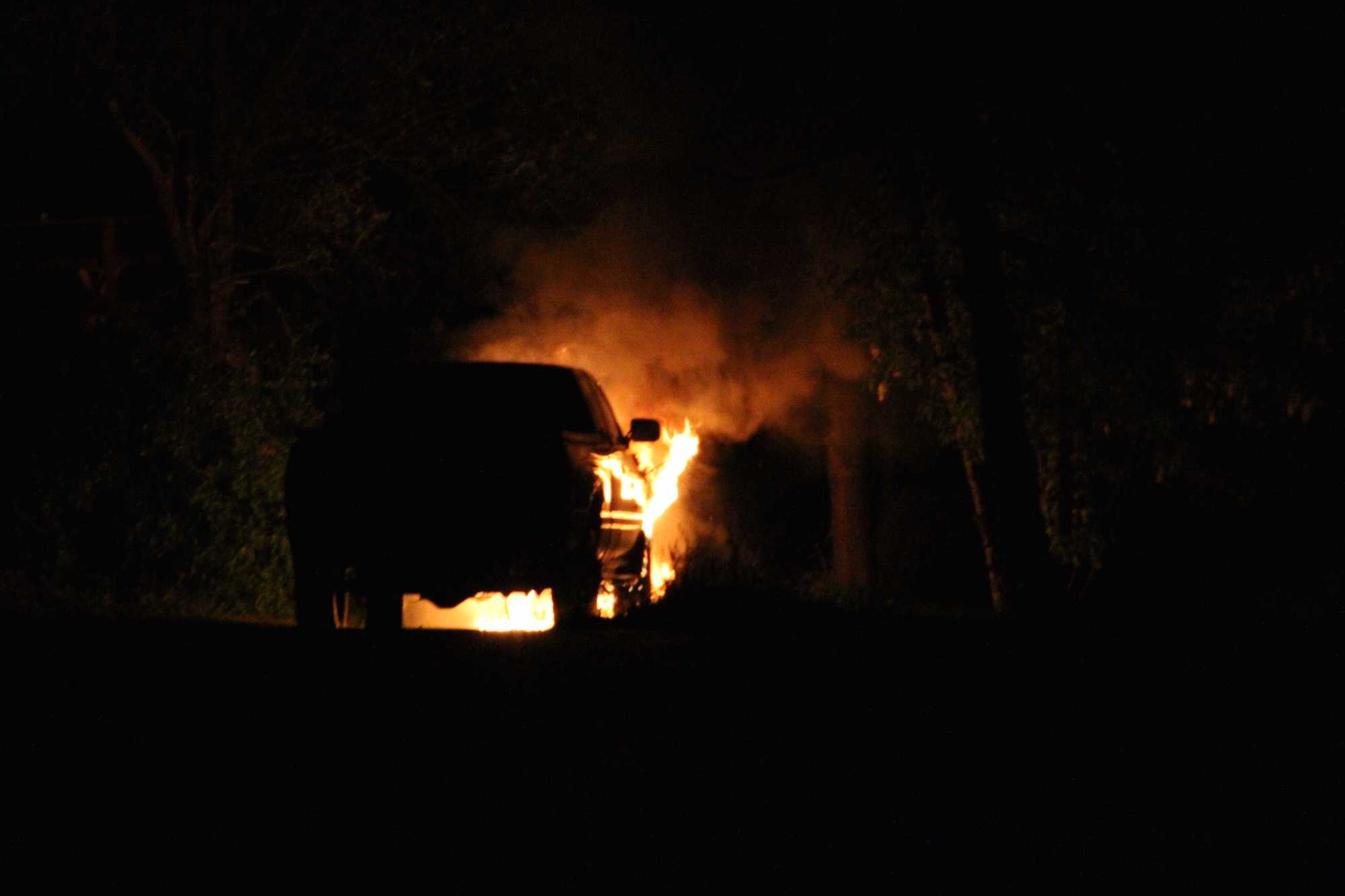 Rob Henry/The Ithacan The fire at around 11:45 p.m. before authorities arrived on the scene. 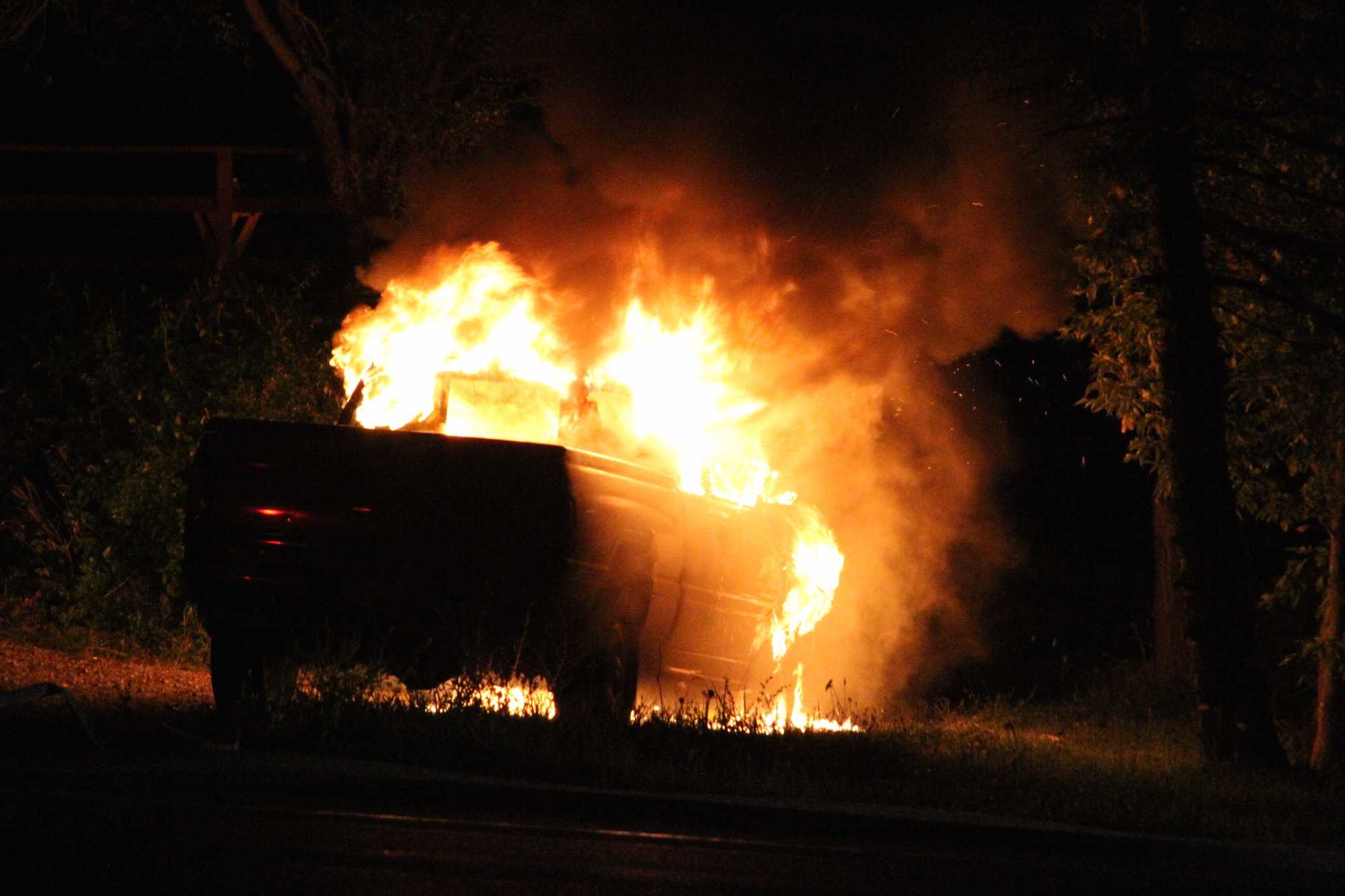 Rob Henry/The Ithacan The fire began to engulf the entire cab of the truck minutes later. 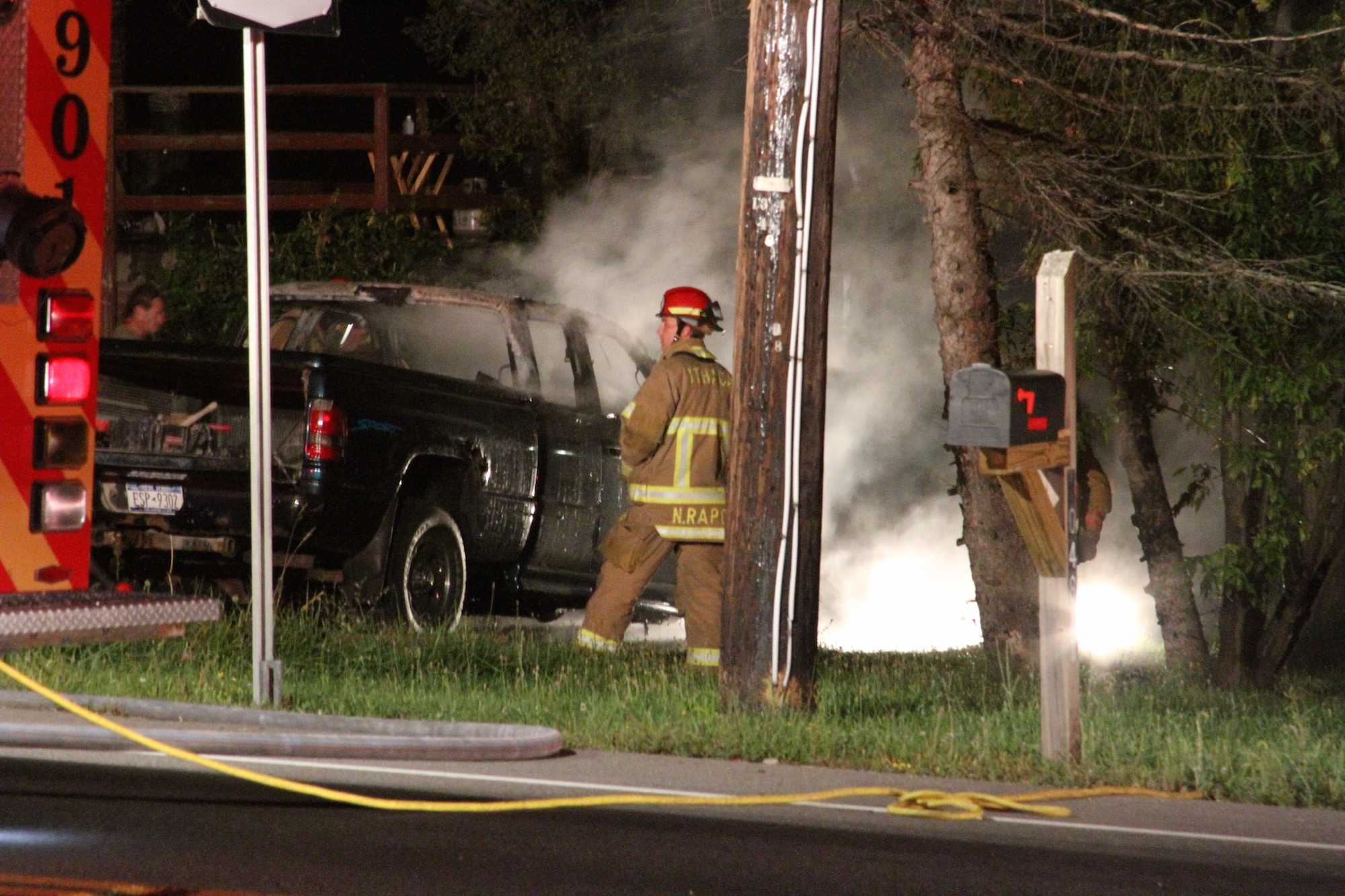 Rob Henry/The Ithacan Firefighters responded to the scene at around 11:55 p.m. and put out the fire.