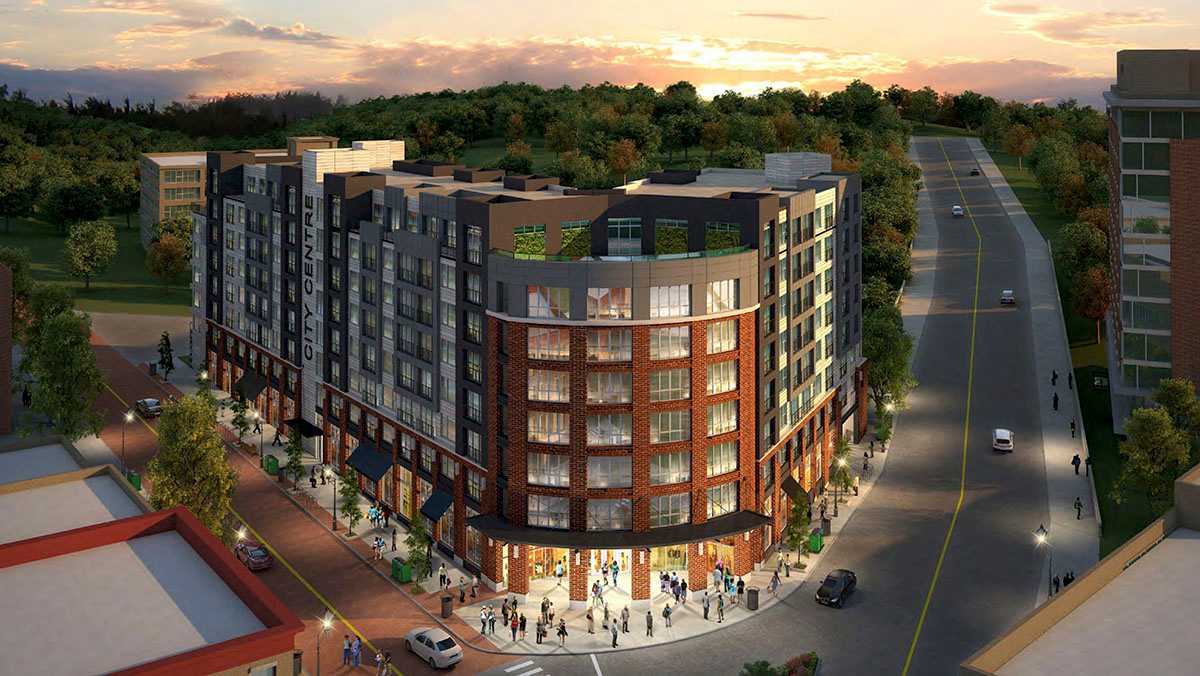 Courtesy of Whitham Designs
A new construction project is one step closer to becoming a reality in downtown Ithaca, at the bottom of the hill from the Ithaca College campus. The building would have 193 residential apartments and 10,800 square-feet of retail space.
By Jack Sears — Staff Writer
Published: November 7, 2016

A new high-profile construction project is one step closer to becoming a reality in downtown Ithaca, at the bottom of the hill from the Ithaca College campus.

Architecture firm Newman Development received initial approval at an Oct. 25 City Planning Board meeting for a multiuse building called “City Centre,” which would be an eight-story retail and residential building to replace the Trebloc Building located at 301 E. State Street across from Viva Taqueria. The building would have 193 residential apartments and 10,800 square-feet of retail space.

The architect, based in Vestal, New York, is working with Ithaca-based design firm Whitham Designs on the plans.

Yamila Fournier, designer for Whitham Designs, wrote in an open letter to the City of Ithaca Planning and Development Board saying that the project goes along with the city’s long-term development goals.

“This proposal is consistent with the Comprehensive Plan’s goal to increase density at the heart of the City by encouraging dynamic, pedestrian-oriented, mixed-use development within a compact footprint,” Fournier stated in the letter.

City Centre’s target tenants would not be students, unlike the canceled “state street triangle” project, which incorporated student-directed housing but was eventually terminated by developers.

The proposed building would Include a studio, one-bedroom and two-bedroom apartments, according to the site-plan application. It would also have amenities such as a gym, media room and lounge.

Scott Whitham, principal designer for Whitham Designs, said he feels confident with this latest design, even after the last project for the site was terminated. He said he and the development team have been working with the board on improving the design, such as lowering the proposed height of the building and adding more sidewalk space.

“We have been in discussion with the planning board regarding this project; we’ve responded to some of their design thoughts,” Whitham said. “We’re looking forward to and quite optimistic about the trajectory of this particular project.”

The Planning Board reviewed the proposal Oct. 25, and senior planner Lisa Nicholas said the board had a positive reaction to the modifications of the project.

This project is far from getting started, Nicholas said, and the next steps are conducting an environmental review, soliciting public input and getting either a zoning variance or special permission from the town to move the rear yard area back three feet. Nicholas said this will take until at least until January 2017.