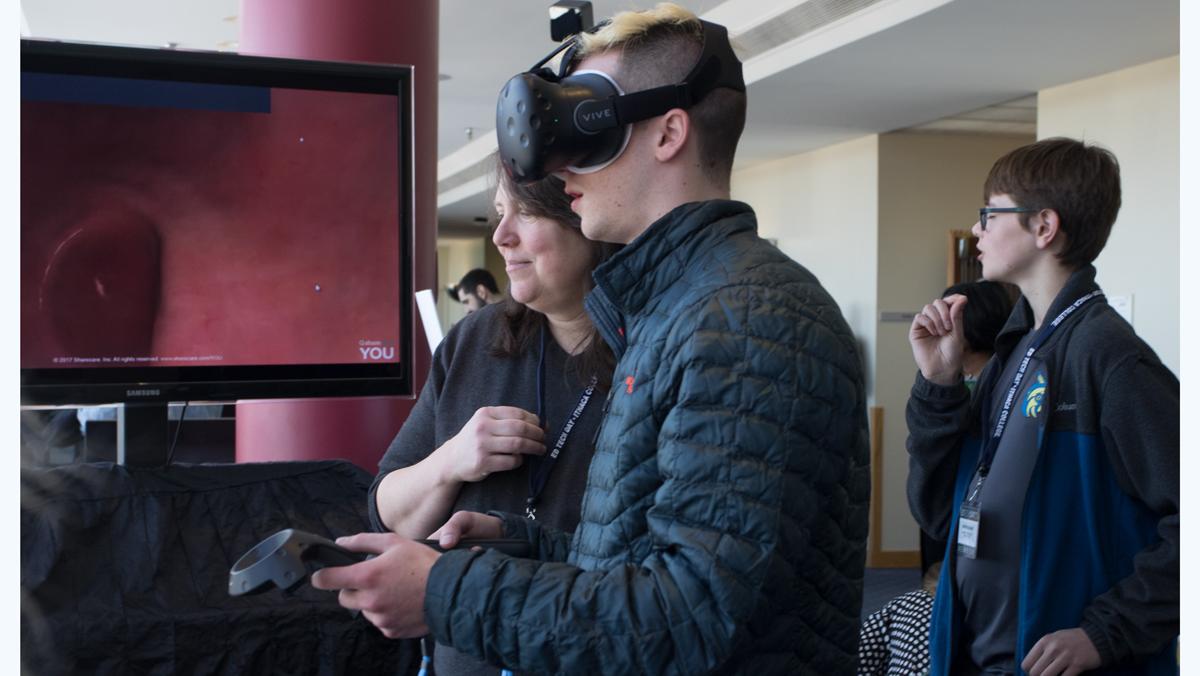 Submissions for Instructional Development Fund proposals open to all faculty are due  April 15. The grants has two categories: Direct Course Enhancement and Diversity/International Projects. Proposals should be submitted to the Center for Faculty Excellence in 316 Gannett Center. Guidelines and application forms may be found on the CFE website. The main objective of the fund is to improve qualitatively the content and/or methods of instruction in existing or proposed courses at Ithaca College.

The fund intends to encourage faculty members to respond to specific academic needs by refining or updating teaching skills, cultivating expertise or developing innovative instructional materials and resources that contribute to an improved and more current curriculum.Proposals should reflect the institutional goals of the college to increase diversity programming and be aware of the college’s intention to improve our efforts in educating global citizens, according to the Intercom announcement.

Priority will be given to individuals who have not received an IDF grant in the past two years. Consideration will only be given to complete applications. As a result of budgetary considerations, it may not be possible to fully fund all proposals, however meritorious. The number of awards will also be limited this year.

Sueyoung Park-Primiano, postdoctoral teaching fellow and faculty member in the Department of Media Arts, Sciences and Studies, presented her paper, “The Awkward Truth: Failure to Romance and the Art of Decoupling in the Films of Hong Sangsoo,” at the Society for Cinema and Media Studies Conference on March 16 in Toronto.

In a departure from existing scholarship on Hong Sangsoo and his films, the paper approaches Hong’s work as an update of the classic romantic comedy. It prioritizes Hong’s candid look at human weaknesses and insecurities that dismantles any idealized vision of two perfect strangers coming together. By bracketing Hong’s deconstruction of the long-standing tradition of mythologizing true love, the paper identifies their dialogic relationship to the genre and interprets their idiosyncratic structure and style as explicitly gendered.

Student Governance Council to have feedback sessions for new proposals

The Student Governance Council has proposed consolidating the ICC themes from six to four. The proposal under consideration combines Power & Justice with Quest for a Sustainable Future and Mind, Body, Spirit with World of Systems.

President Shirely M. Collado and her team have scheduled a lunch gathering with the community on March 30. The lunch is designed to help her get acquainted with the members of the campus community.The catered lunch will be held in Enrollment Management Conference Room 215 of the Peggy Ryan Williams Center. This installment of the lunch series will include ALANA faculty and staff and will take place from 12 to 1:15 p.m.

Edwin Fuller, retired Information Technology employee at the college, died in his home on March 22. He worked at the college for 39 years before retiring on Jan. 31, 2014. Fuller started his career at IC in 1975 as a systems programmer in the Department of Data Processing.  He was named director of Technical Support Operations in 1982. In September 1991, he became the head of the
college’s entire IT organization and continued to serve in that capacity until he retired.

Fuller oversaw the technology department during a period of significant change and growth. When Fuller started at the college before the invention of the Internet. Fuller played a role in the transition to digital technology, according to an Intercom announcement. Fuller was an avid golfer, playing on several IC and other golf leagues through the years, and was active in the IC employee chorus, IC voICes. Fuller is survived by his wife, Nancy Rogers Fuller of Red Creek; sons, Jason and Bryan Fuller both of Ithaca; a stepson, Richard Robinson of Red Creek; and four
step-grandchildren, Lilly Robinson, Brooke, Morgan and Travis Severin.

A graveside ceremony will be held at Hannibal Village Cemetery in Hannibal in the spring. In lieu of flowers in the family encourages donations to the college to support the Information Technology Services Department.