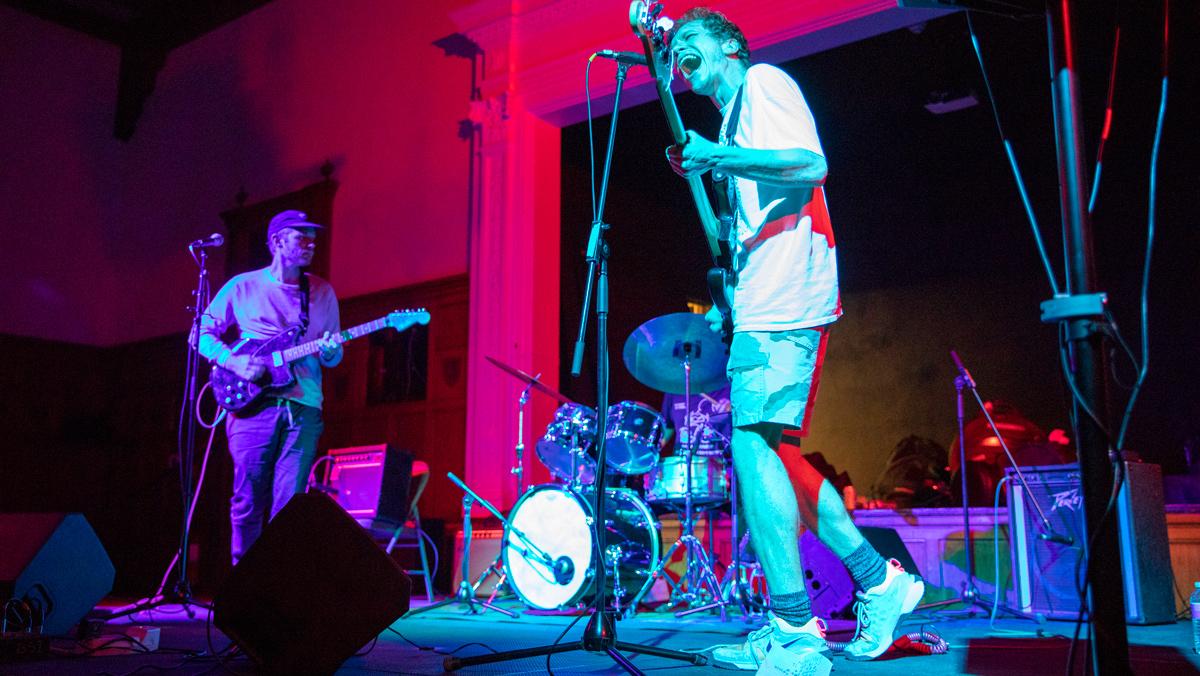 Elias Olsen/The Ithacan
Brooklyn-based band “B Boys” performs at the Community School of Music and Arts in Ithaca. The band’s performance was part of a series by Ithaca Underground, a nonprofit that aims to give artists a platform to share their music.
By The Ithacan
Published: November 7, 2018

Raza Rumi, director of the PCIM, will moderate the session. The forum will address the following questions: What do the election results tell us about the future course of U.S. politics? How do we tackle voter suppression? Did the mainstream media adequately inform the voters?

Violinist to perform with pianist and discuss contemporary music

Virtuoso violinist Leila Josefowicz will perform at Ithaca College at 3 p.m. Nov. 11 in Ford Hall. Joined by pianist John Novacek, the concert will feature music by a variety of composers.

Josefowicz will also be giving a presentation at 6 p.m. Nov. 11 in the Hockett Family Recital Hall. She will discuss her experiences in contemporary music and working with living composers as well as answer audience questions. All events are free and open to the public.

Walter Byongsok Chon, assistant professor in the Department of Theatre Arts, presented his paper “The Radio Play and What Lies Beyond: Friedrich Dürrenmatt’s The Doppelganger” at The American Literary Translators Association Conference on Nov. 3 in Bloomington, Indiana. His presentation is part of the panel, “Play for Voices: Translating Audio Drama.” Chon’s paper argues that this play’s contemporary relevance is best illustrated when read with a focus on its metatheatrical dramaturgy. Chon also discusses how the play challenges and vitalizes the notion of theater and the exploration of identity by its self-conscious theatrical frame and its appeal to active listenership. Chon translated Dürrenmatt’s Der Doppelganger into English. His translation is being produced by the company Play for Voices and is scheduled to be released as a podcast in December.

The play begins with the radio show host asking his guest playwright for a story. The story begins at night, with a man who is asleep. At a noise, he wakes up and finds his doppelganger, an identical version of him, sitting in front of him.

New religious group hosts event as an introduction to community

The group also seeks to provide a community for students who identify with conservative Judaism. Additionally, Kehillah sponsors weekly Shabbat services at 6 p.m. on Fridays in Muller Chapel. Kehillah’s kickoff event was designed to provide students with an additional opportunity to learn more about the group.

Pearl Ponce, associate professor and chair of the Department of History, presented a paper at the BrANCH conference held Oct. 3–5, at the University of Cambridge, in the United Kingdom.

Hilary Greenberger, professor in the Department of Physical Therapy, will present methods she uses to help physical therapy students develop skills in effective listening during a discussion event from noon to 1 p.m. Nov. 12 in the Center for Faculty Excellence.

The event is part of the Contemplative Cafe series sponsored by The Center for Faculty Excellence on behalf of Faculty in Residence Julia Lapp.

During the event, Greenberger will share her insight on how her students gain communication skills that can be used with patients and in personal relationships through a combination of class discussions, small group work and role-playing.