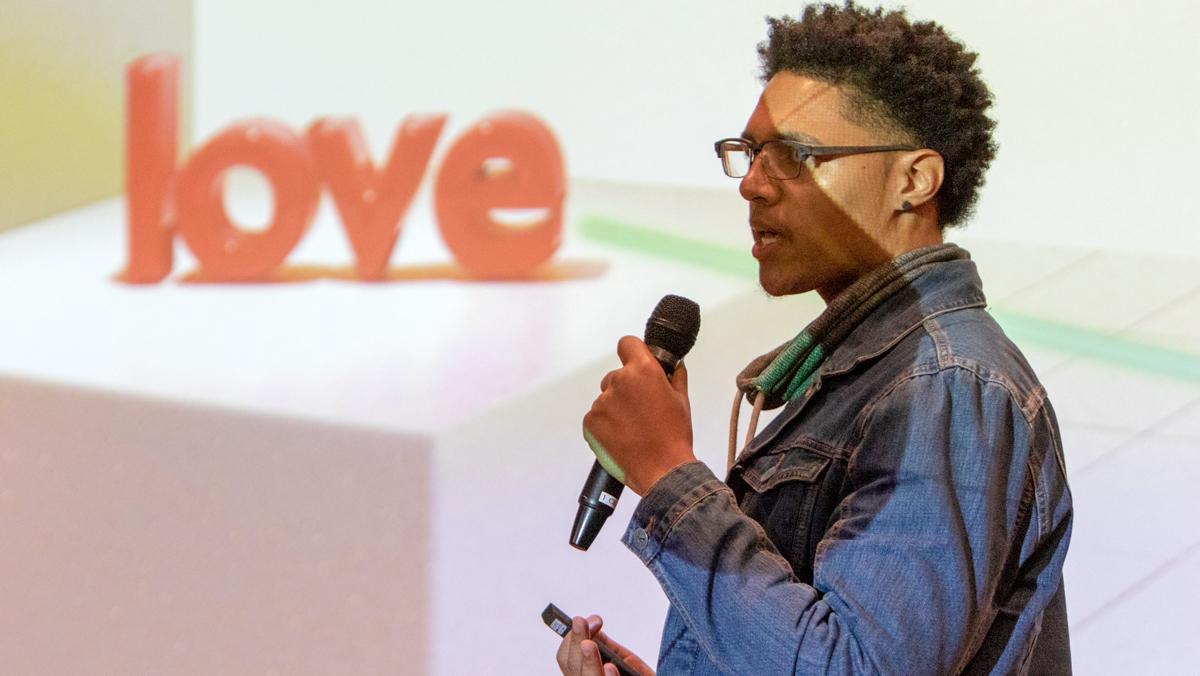 Andrew Treves/The Ithacan
Senior Elijah Potts presents a 60-second pitch during the annual Park Tank event on Oct. 5 in the Roy H. Park School of Communications auditorium. Student media products and concepts were evaluated by a panel of alumni and staff judges.
By The Ithacan
Published: October 24, 2018

Composer to give several lectures during residency at Ithaca College

The third event in the Provost Post-Sabbatical Colloquium series was held 4–6 p.m. Oct. 8 in the McHenry Lobby in the James J. Whalen Center for Music. The series was created by La Jerne Cornish, provost and vice president of academic affairs. This event was sponsored and organized by the Center of Faculty Excellence.

“All My Sons” is about a conflict between self-interest and social responsibility as dramatized by one man’s choice to prioritize familial security and comfort over the larger social good. The action takes place in the back yard of character Joe Keller’s suburban home, which he views as a bastion of security in an insecure world. Yet the Kellers are emblematic, for Miller, of America’s abandonment of a collectivist sensibility, which the play suggests has devastating consequences for both the public and private domains.

The Contemplative Pedagogy Working Group will be holding a series of discussions from Oct. 15 to Dec. 3 about pedagogical techniques for learning. The series, titled The Contemplative Cafe series, will be sponsored by the Center of Faculty Excellence on behalf of Julia Lapp, associate professor in the Department of Health Promotion and Physical Education and faculty in residence.

The first event in this series will be held noon–1 p.m. Oct. 15 in the Center for Faculty Excellence.