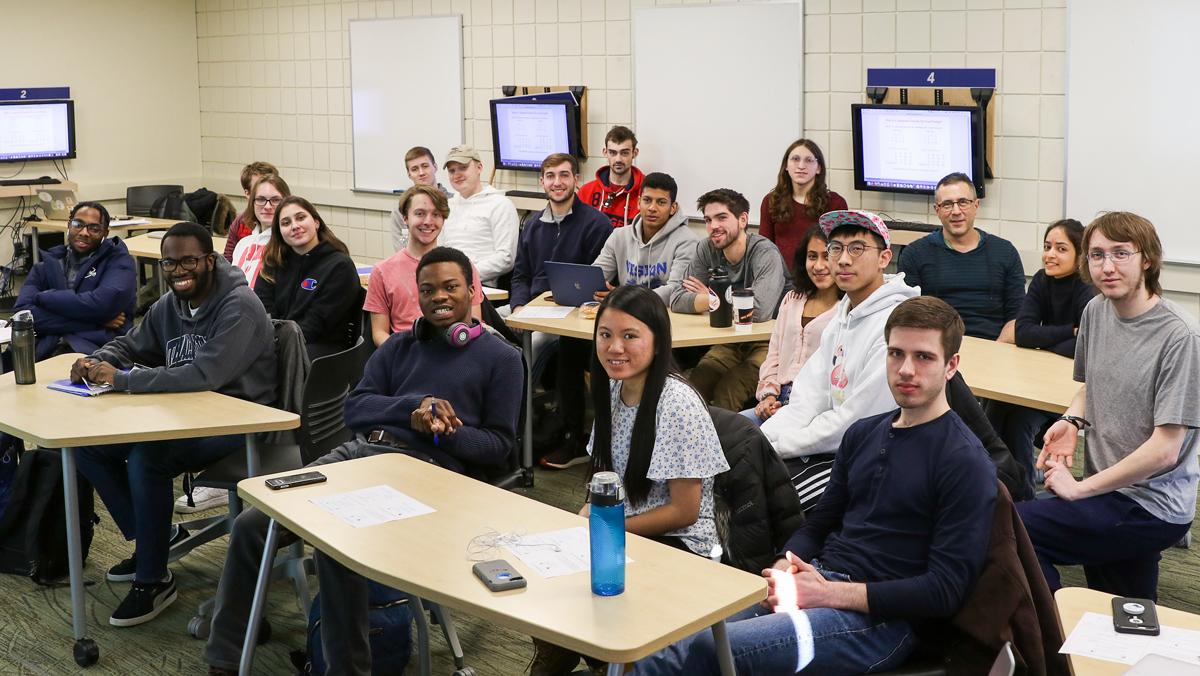 A prototype code of conduct developed by students is being used in an Ithaca College computer science class. This code allows students more flexibility while taking exams.

Ali Erkan, associate professor in the Department of Computer Science, let students in his Computer Networks class create a prototype honor code. Erkan said he has been suggesting an honor code in his classes since 2015. One of his students, senior Harry Margalotti, decided to try it out during Fall 2019 as a way to help his classmates perform better on their exams.

Erkan’s prototype honor code is a collaboration among the students that addresses how they should handle taking an exam. The code entails the rules of taking an exam, what one should or should not do while taking the exam and what to do in the event anyone notices someone is violating the code.

Erkan said he would be interested in approaching the college about implementing the code as a college-wide policy, but, as of now, it is still a prototype. While other colleges and universities in the country, like Stanford University and Davidson College, have their own honor codes in place, Ithaca College does not have an honor code system mandated. There is a section on standards of academic conduct in the college’s Policy Manual.

Jason Freitag, associate professor in the Department of History and Faculty Council representative to the Academic Policy Committee, said he does not know if the committee has considered implementing a schoolwide honor code.

The idea for the honor code came from Erkan after he learned about Patrick Awuah, founder of Ashesi University in Ghana and a MacArthur Fellows Program recipient. Awuah created his own code of conduct for the students at his university in 2008.

Margalotti said the entire class agreed on implementing the code.

“An anonymous survey was sent out to each student [in the class] asking if they would be OK with the system or not and why,” Margalotti said. “I made sure to highlight the importance of providing feedback.”

Margalotti said the parameters of the system and the consequences for violating the code, like being reported to Erkan, were laid out explicitly for every student. According to Ithaca College’s standards of academic conduct, students who perform any act of academic dishonesty can be reported to a faculty member, the dean of the school or the director of the Office of Judicial Affairs for further consequences.

To handle any student reports of cheating or violating the code, the class formed a committee to handle the consequences. The committee itself is comprised of three students, including Margalotti, senior Leighton Watson and junior Amelia Chady. Chady said they serve as the middle ground between the students and the professor, a solution that allows students to approach them instead of Erkan if they have any issues with the code.

The idea for the honor code also came as a way to replace in-class tests with take-home tests. Margalotti said students shared that they felt proctored exams were not the most efficient ways to take tests. He said students found silence and the sound of turning pages distracting during exams.

“This [sound of pages turning] causes students to worry about their pace and rush their work rather than taking the time they need to dissect the question,” Margalotti said.

Erkan said the take-home exams have caused less stress than in-class exams and allow students to take them at a pace that is comfortable to them. He said the code could also apply to online tests. He said he worried that students who may benefit from extra time for an exam could not get that in the normal in-class test setting without documentation. Currently, if any student does need extra time on exams at the college, students must provide documentation and go through a process with the Office of Student Accessibility Services.

“This [honor code] gets rid of this problem,” Erkan said. “I give them more time, and they can do it whenever they want.”

So far, the honor code prototype has been implemented in only one take-home exam, and Erkan is planning to continue it with the next take-home test. For any future classes that may be interested in having an honor code, Erkan said he plans to have the students create their own as this prototype honor code shows the students’ commitment to the class.