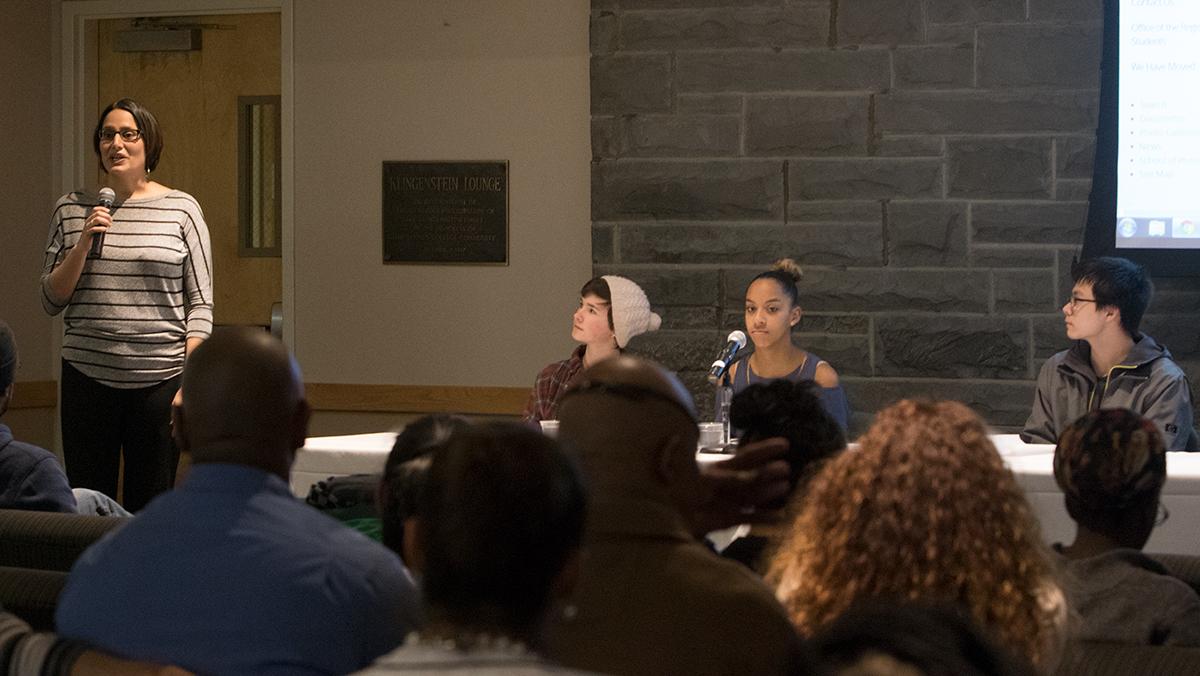 The Center for the Study of Culture, Race and Ethnicity continued its Imminent Generation series March 2 by bringing in activists who are actually from this generation, which is beginning to think about college.

Generation Z is the focus of this year’s CSCRE discussion series, called “Imminent Generation: Coming of Age in a Time of Uncertainty.” The second event of the semester, titled “Acting Locally: Organizing from the Perspective of Generation Z,” featured young members of the surrounding Ithaca community speaking about the social justice work they have done in the area.

CSCRE director Belisa Gonzalez said she and the faculty members who were putting together events for the discussion series realized it would be invaluable to actually hear from members of Generation Z — the generation following millennials that was born in the late ’90s and early ’00s.

“Since this is about Generation Z, we thought at some point that it was a little ridiculous that we hadn’t actually asked any members of Generation Z about their own experiences,” Gonzalez said.

The panel consisted of Lehman Alternative Community School students Clara Swartwout and Julian Pan from the Youth Farm Project to talk about their work with ending food injustice; New Roots Charter School students Maya Fish, John Altieri and Sam Greenhouse from the Cayuga Wetlands Restoration Project to discuss their environmental justice work; and LACS student Maya Malcolm from the Raise the Age Campaign, a project dedicated to raising the age of criminal responsibility in New York from 16 to 18 years old.

Swartwout and Pan said they spent their summers with the Youth Farm Project working on the farm itself and bringing fresh produce to members of the Ithaca community that might not have access to organic food. Fish, Altieri and Greenhouse shared about their time planting cattails and arrowhead plants along the shore of Lake Cayuga in hopes of protecting the waterfront. Malcolm discussed the tasks she did working for the Raise the Age Campaign, like getting petition signatures.

After all members of the panel briefly spoke about the work they had done, junior Demi Philibert facilitated a question-and–answer session, asking the panelists about what had inspired their activism and where they planned to take their work in the future.

Though experiences with community members and their families had impacted the panelists’ activism, racial experiences also contributed to their work in the area. Swartwout said her work comes from a place of recognizing her own privilege and working to overcome that. Malcolm, on the other hand, said growing up as a black woman has fueled her work with the Multicultural Resource Center and the Raise the Age Campaign.

“It’s a lot easier to be against something when the rest of the world is against you,” Malcolm said. “Growing up black, I’m mad most of the time. It’s not fun to be mad at the world all of the time just because it has to be mad at you. It’s not healthy to let it consume you. It’s a lot healthier to take over and take control of your own life and … make it into something beautiful.”

Over the course of the event, though, a few panelists said they were not quite sure if the label “activist” suited them. Altieri said he didn’t consider himself an activist because his work with the wetlands has been small-scale.

“I almost don’t feel like I’m worthy of that,” Altieri said. “I’m hesitant to label myself like that because I feel like I haven’t done enough in the vein of social justice to stand with the people that have really made a huge difference.”

As Generation Z continues to grow older and engage in activism, the panelists suggested the best way adults can support its generation and its work is to listen to what it needs.

“I guess what adults can do is … take a step back and see that, if you let us do what we need to do, then we can help you help us,” Pan said.

The next event in the Imminent Generation series, titled “Struggles and Achievements of Generation Z,” will be at 6 p.m. April 4 in Klingenstein Lounge.

Students and faculty packed into Textor 102 Tuesday, filling the isles to hear well-know author, feminist and cultural critic bell hooks, the penname of Gloria Jean Watkins, speak about media stereotyping based on race and gender.