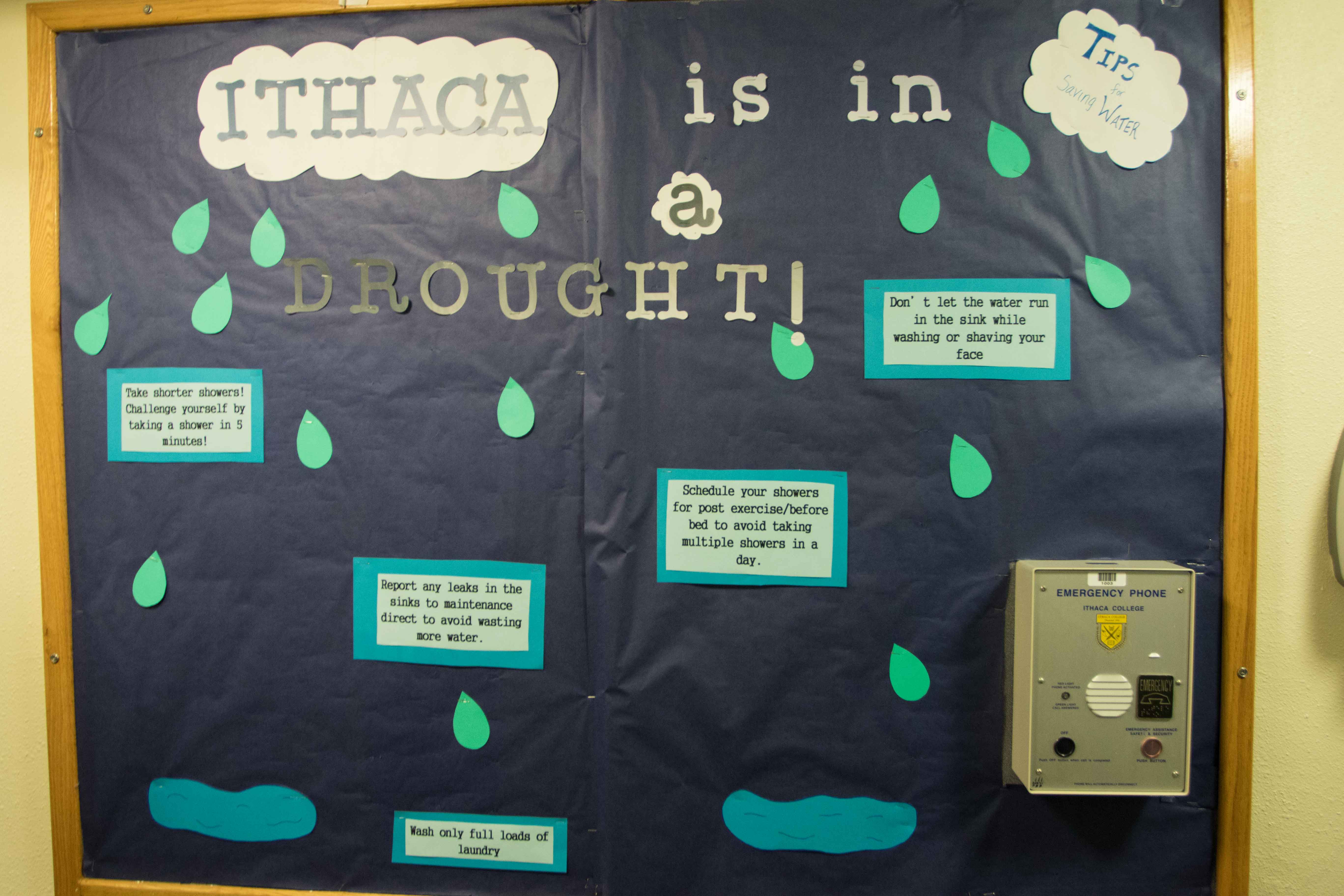 Despite a recent downpour, Tompkins County has yet to see consistent precipitation that would sustain the area’s water supply. The Tompkins County Health Department said the area’s drought can be alleviated by heavy snowfall this winter.

The college has returned to its regular level of water demand — 420,000 to 440,000 gallons per day — from the Bolton Municipal Water System at the beginning of the fall semester after having reduced its demand over the summer to provide the city with backup water. The City of Ithaca Water System sources its water from Six Mile Creek, which saw a decrease in water levels as a result of the drought. The college cut down its water intake by 23 percent to help the Bolton water system provide the City of Ithaca with an alternative water source.

“Because Cornell and the city were really having trouble producing enough water to meet their demands, it was decided to do community-wide voluntary restriction, and that went out as a community–wide bulletin, not just for Bolton but for the community as a whole,” said Joan Foote, production manager for Bolton Point. “The people at Ithaca College decided to step right up there and do that.”

Measures to decrease water supply included turning the Dillingham Fountain off during the night, using storm water runoff for vegetation and reducing the amount of water used for athletic fields.

By the beginning of October, she said the City of Ithaca stopped using Bolton Point and secured Six Mile Creek as a water source and is now completely water-independent.

David Maley, senior associate director of media relations, said the college has taken initiative to educate students on how to conserve water, not only during a drought, but also as a sustainable practice.

Frank Kuppra, director of the Tompkins County Department of Public Health, said it would take multiple seasons to decide if the drought will subsist or dissipate.

Despite the minimal impact on the college’s operations, the drought has had an adverse effect on the region’s farming community. Teresa Vanek, a vegetable farmer in Ulysses, New York, said her town has earned the reputation as the “driest town in the state.”

Vanek said since the drought started, the only crops that have successfully grown have been the ones she transported from her greenhouse, contingent upon having enough water to support their growth.

“We succeeded if we could deliver them water, which wasn’t always because we just started limiting our water,” she said. “Things we normally grow just by seeding in the ground — virtually one-hundred percent failure.”

Vanek said this year was the first year she and her husband had to use their skills as carpenters in order to sustain their livelihood.

Trever Sherman, a vegetable farmer in Dryden, said this was the driest year he has seen since he started farming in 1997. He said hot and stressful working conditions drove away a consistent labor force.

“People were falling off like flies,” Sherman said. “It was hot and we were doing a lot of extra work. The things we were planting weren’t producing so it was kind of a letdown. All in all, it was just a really tough year.”

Severe drought persists in Ithaca as students return to campus