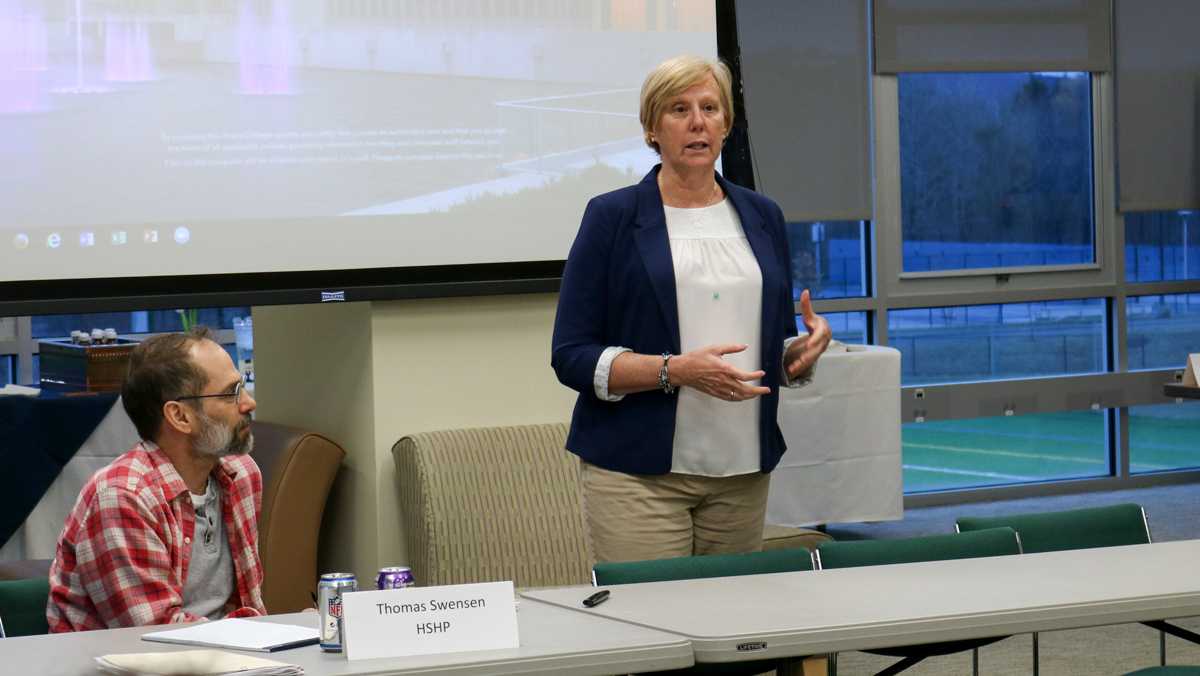 The Ithaca College Faculty Council discussed the most recent draft of the Use of Campus Facilities for Events and Activities Policy at a meeting April 4.

Nancy Pringle, executive vice president and general counsel at the college, spoke about the policy and asked for feedback on the draft. She said the most recent draft takes into consideration feedback from students, faculty and staff about the use of campus facilities for spontaneous expression instead of spaces that need to be reserved in advance.

According to the policy, anyone who wants to use campus facilities in a location not designated for spontaneous expression must schedule the use of the facility with the campus scheduling coordinator in the Campus Center and Event Services Office at least 30 days in advance, Pringle said. Controversial speakers and potentially disruptive events would be handled by her position, she said. To handle the situation, Pringle said she would have conversations with the individual or group hosting the event or speaker, the dean of the school of the building where the event is being held and the provost.

There have also been discussions about extending the business hours of academic buildings in order to allow students to have more spaces to study, especially in the time preceding exams, Pringle said.

Jason Harrington, associate professor in the Department of Media Arts, Sciences and Studies, said there has been a demand that the Roy H. Park School of Communications extend its business hours to accommodate students’ needs to work on projects. There have been preliminary discussions to address this, Linda Petrosino, provost and senior vice president of educational affairs, said.

Pringle said political affiliation is not a protected class according to local, state or federal law. She said that she would communicate the council’s feedback to the free speech working group as the drafting process continues for the policy.

Barbara Belyea, clinical professor and associate chair in the Department of Physical Therapy, also spoke at the meeting to update the council about the academic situation of student–athletes at the college. Belyea is the faculty athletic representative.

She said that student–athletes are participating for the first time in the Liberty League, a Division III sports league, because it will place the college among schools that are more competitive athletically and academically. She said that this week, athletes are participating in a conference with other colleges in the league to raise money for Special Olympics. Special Olympics is a non-profit sports organization that works with children and adults with intellectual disabilities.

Belyea also said that at the end of the fall sports season, the college had the highest number of students named to the Liberty League all-academic team. This means a significant portion of student–athletes had a GPA of 3.3 or higher.

The council also discussed proposed changes to the Faculty Handbook surrounding the tenure and promotion process. Council members debated whether to allow candidates applying for tenure to meet with people at the different stages of the tenure review process. Members also discussed if candidates should be allowed to submit clarifying letters, which would allow candidates to communicate what they perceive to be biases and misinterpretations of reviewers during the application process.

Peyi Soyinka-Airewele, professor and chair in the Department of Politics, said she believes the tenure and promotion system needs to be set up in a way that allows candidates to have a voice in communicating undocumented biases that may affect the evaluation process. She said she has witnessed biases toward international faculty and faculty of color.