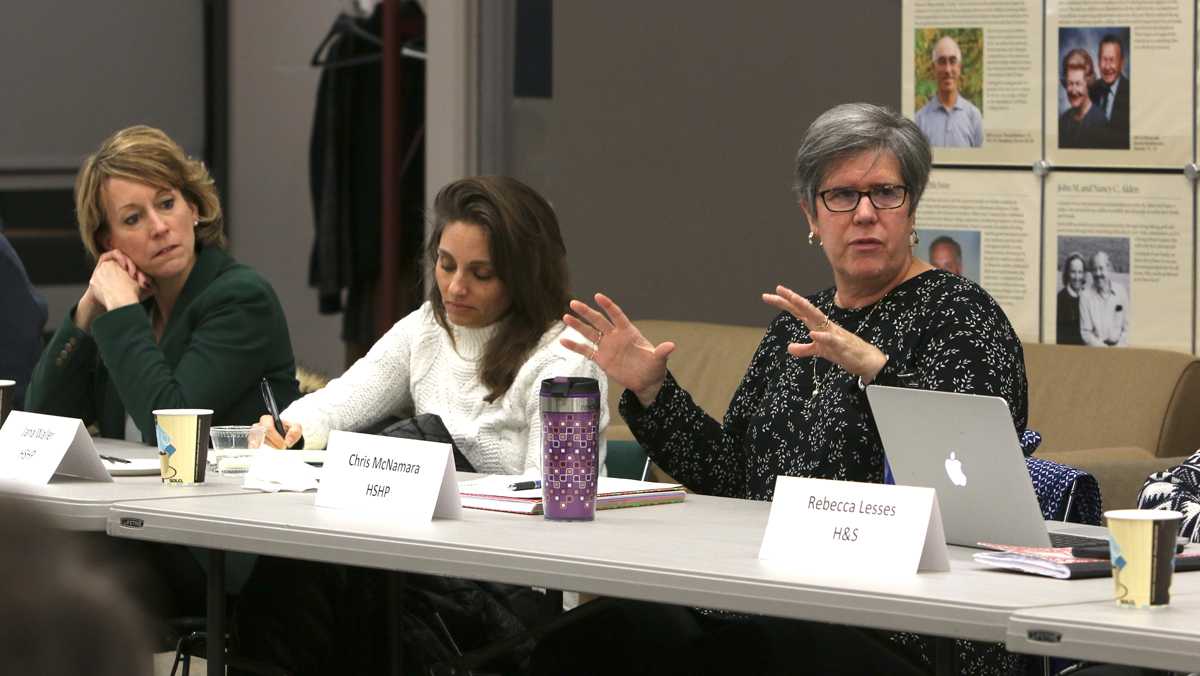 The Ithaca College Faculty Council continued its deliberation about a new faculty mediator position at its meeting Dec. 4.

The Faculty Council Executive Committee has come to an agreement with La Jerne Cornish, provost and vice president for academic affairs, regarding the faculty mediator position’s intended role in the college community as an advocate for faculty and an intermediary in the tenure and promotion process. The council also received a briefing from William Guerrero, vice president for finance and administration, and approved language changes to the Faculty Handbook.

The faculty ombudsperson must be a tenured faculty member and will serve a three-year term. They must also maintain faculty status, teach a 1/1 load and will report directly to the Division of Human and Legal Resources. There would be a call for nominations and self-nominations, and then there would be a vetting process and a recommendation made to President Shirley M. Collado by the Faculty Council. Collado would make the final decision to select the individual.

The ombudsperson’s responsibilities include addressing faculty concerns about bias; providing reports of bias to the president and provost; offering guidance regarding faculty concerns to different offices; providing counsel to faculty and evaluative bodies in the tenure and promotion process; and providing feedback and mediation for faculty employment–related concerns. The ombudsperson will also oversee faculty mentoring and retention programs and regularly attend Faculty Council meetings.

The executive committee had originally refrained from referring to the position as an ombudsperson because it did not want other factions of the community to misconstrue who the position would represent, said Chris McNamara, clinical associate professor and clinical director in the Department of Physical Therapy.

“A lot of our initial conversation centered around issues that related to the tenure and promotion process,” McNamara said. “But as we talked about that, we realized we did not want the position to be specific to that process because we believe that the presence of this position would address some of faculty’s concerns well before tenure and promotion are even considered.”

Peyi Soyinka-Airewele, professor and chair in the Department of Politics, said she believes there is still a need for an overall ombudsperson on campus. Staff members are an integral part of the college yet are vulnerable and underrepresented in campus decision-making, she said.“As a small university, having only one that is dedicated solely to faculty disregards other factions of the Ithaca College community,” Soyinka-Airewele said.

The council also found that members still disagreed on who the position will report to and the actual language of the position’s title. Claire Gleitman, professor in the Department of English, said the discrepancy was mainly between whether the position would be an official dean or more of an advocate and whether they would report to the provost or directly to the college’s general counsel.

McNamara said the executive committee believes it would be appropriate for the position to report directly to the general counsel.

Cornish said she agreed with the council despite originally thinking any faculty matters should inherently go through her office. Cornish also said she would also like to see the addition of two associate provosts in addition to the faculty mediator role. One, she said, would be the associate provost of undergraduate affairs and would fill in for much of the programmatic and assessment work done by Danette Johnson, current vice provost of academic programs, who will become the provost for Kalamazoo College in July 2019.

The other would be an associate provost of faculty affairs and would be more along the lines of the ombudsperson-type role the council had originally envisioned as linked to the tenure and promotion process. Both associate provosts would be internal faculty and would serve three-year terms with the possibility for renewal, she said.

The council agreed that the provost can move forward with presenting the position to Collado and other senior administration members as it is, with the opportunity for further revisions if deemed necessary.

Cornish said the position would be an opportunity for better relationships between faculty and the administration, and said she found the description drafted by the executive committee to be in agreement with her own goals for the position. She said she realized faculty and the administration have a few confidence issues to work through and working side by side on issues like this could mend distrust.

“Some of the language suggested to me to that there is little to no trust between faculty and administration,” Cornish said. “So we have some work to do, but I’m willing to step in and do that work with you.”

The council also was briefed by Guerrero on a breakdown of the college’s financial affairs for the 2017–18 academic year. Guerrero said most of the review’s findings were average for a private institution like the college. A majority of the college’s revenue — 88 percent — came from tuition, housing and other student-based income. Sixty percent of the college’s annual costs came from staff and faculty expenses, including $6 million in student employee wages.

Guerrero said what does stand out is the college’s net operating margin, which has dropped from an average of $20 million in past years to just $4 million. He said this is because expenses have steadily increased over the last few years, whereas total revenue has decreased due to trends of lower enrollment and student retention.

“It is difficult being a school that is somewhere between a small institution and a university and wanting to be so high-touch in terms of what we do here,” Guerrero said. “What drives our revenue are the students. We are student dependent.”

The council also approved changes to the language in the Faculty Handbook that dealt with flexible workload arrangements. The new language would allow faculty members to only be evaluated upon their formally agreed-upon, annual workload.