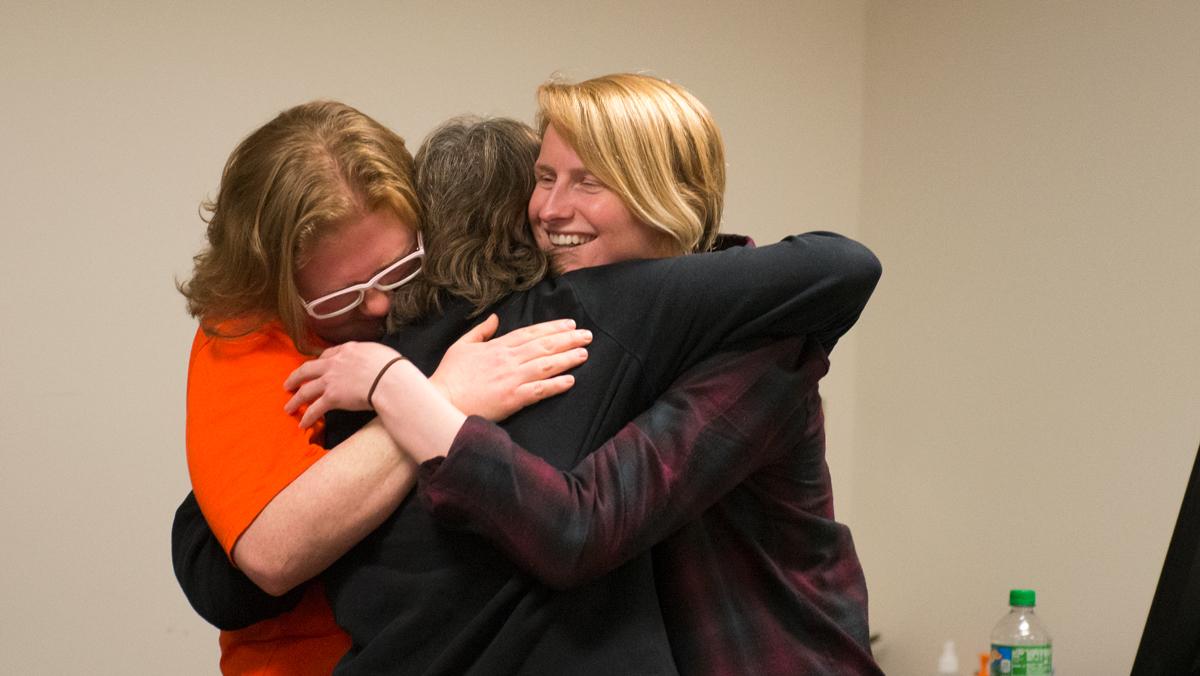 After almost three years of negotiating, lawsuits and contention between the Ithaca College contingent faculty union and the administration, the dust has begun to settle. The union has resolved its lawsuits with the administration — one ended in a withdrawal of the suit, the other ended with a settlement after the National Labor Relations Board found the college was at fault.

The first lawsuit involved David Kornreich and Shoshe Cole, former assistant professors in the Department of Physics and Astronomy, and Rachel Gunderson, a former instructor in the Department of Health Promotion and Physical Education, who were all previous members of the full time–contingent faculty. The union alleged that these professors were not rehired by the college due to their participation in negotiations. The contingent faculty union withdrew the charge June 16 because the NLRB said it did not find significant evidence to prove the college’s decision to not rehire the faculty was malicious, Megan Graham, assistant professor in the Department of Writing, said. Graham said she was disappointed and frustrated by the decision.

“I know the three people who were fired, and I do not believe there is any explanation for their sudden termination except for vicious anti-union action on behalf of the college,” Graham said.

Nancy Pringle, senior vice president and general counsel for the Division of Human and Legal Resources, said the outcome of the lawsuit simply matched the evidence, which did not support the union’s claim. She said she was pleased with the outcome.

“Right from the beginning, the college had the position that we did not discriminate against these people because they were involved in union negotiations,” Pringle said.

She said the college proved to the NLRB that the three faculty were not rehired for legitimate reasons separate from their involvement in the union, but could not discuss what those reasons were. Neither Cole, Kornreich nor Gunderson are currently scheduled to teach at the college for the Fall 2017 semester and they could not be reached for comment. Graham said she has not been in contact with them since they left the college.

The NLRB found the college was at fault in the second lawsuit concerning the contingent faculty who were taken off HomerConnect. The college and union reached a settlement and it was approved Aug. 29. Barney Horowitz, resident officer for the NLRB Albany office, said this means the college has to address the issue and post a notice regarding the mistake.

Brody Burroughs, lecturer in the Department of Art, said that while he was not one of the contingent faculty taken off of HomerConnect, it caused substantial confusion for faculty and students who were trying to take specific classes with certain professors.

Marc Israel, assistant provost of Finance and Administrative Operations, said that while the college did take faculty off HomerConnect, it was not done maliciously. He said that when the final contract had been signed with the college, it defined seniority and contract time periods. Therefore, there was a lag in timing for defining who was able to teach and who was not for the coming academic year due to new clauses in the contract. Israel said some faculty had been taken out of the system because the college had not yet processed or received confirmation that they were able to teach for the semester. He said the issue should not happen again now that the administration is caught up on contract timelines.

Pringle also said the college accepted blame for the mistake but that it had been worked out with the contingent faculty.

“We got our hand slapped for that,” Pringle said.

However, Burroughs said he saw the act of taking faculty off HomerConnect as retaliatory for the union’s contract efforts.

“We thought this was an intimidation tactic,” Burroughs said.

Graham said being taken off HomerConnect stalled her from being able to prepare for her classes until the beginning of the semester.

“This caused issues for students who wanted to take courses with their favorite professors, and made it impossible for most contingent faculty to access Sakai or Homer to build course websites or look at class lists until very late in the semester,” Graham said. “I only got access to my classes on Sakai and Homer a few days ago, which sets back my teaching planning.”

“Personally, my experience with the college’s administration over the last three years has led me to be very cautious about getting my hopes up,” Graham said. “Often leaders, even well-intentioned ones, cannot or will not make changes to deep-seated structural inequities like the contingency of many faculty at IC.”

Collado said she has met with some contingent faculty members and that she looks forward to establishing a productive relationship with them.