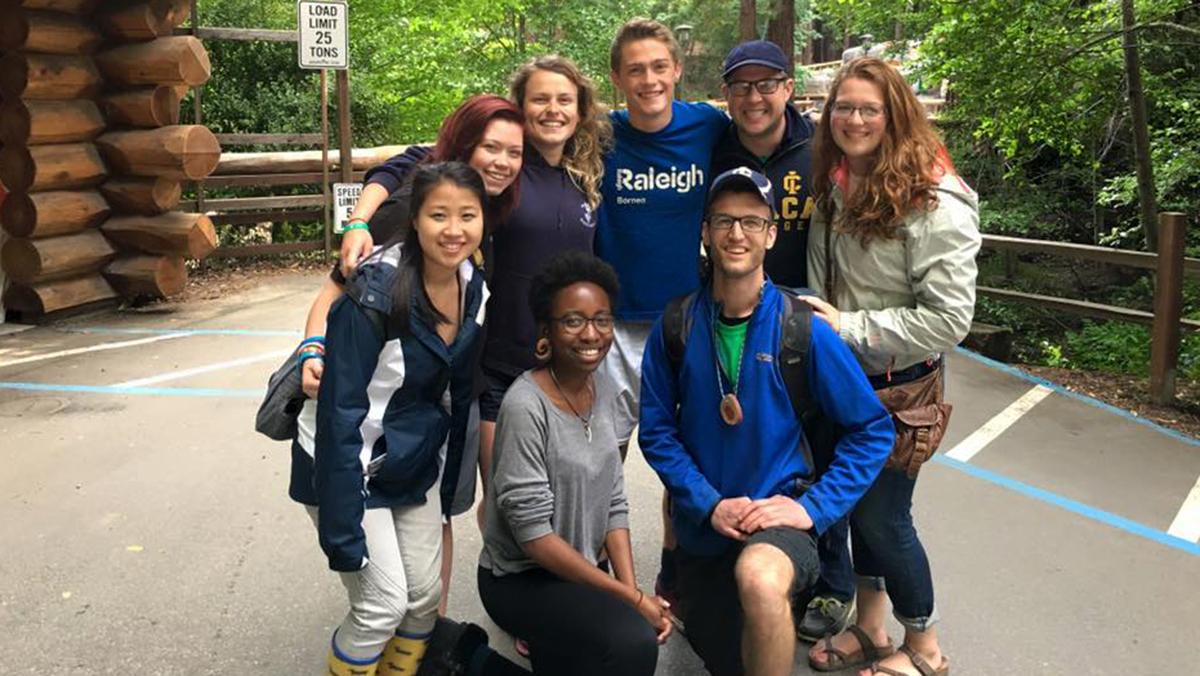 Kristopher Bosela first learned the value of community building as a child when his family settled in Warner, New Hampshire, after moving around often.

“It was important for me to be a part of community, because I didn’t want to feel like I was the new kid on the outside of the community,” Bosela said. “My family didn’t have a lot. … The least we could do was give our time, and that’s where community service really comes into play.”

Bosela’s father flipped houses, so he and his family would move to different parts of Ohio and New Hampshire to renovate and later sell homes. Though moving around made it hard to create deep friendships when he was younger, he said it made him more independent and more adaptable.

“Having moved so much, I was always willing to be more adaptable and fit in, and being willing to … fit into a new place, or find myself in a new area,” Bosela said.

Now, as a first-year graduate student, he has participated in three Alternative Break Program service trips through the Office of Student Engagement and Multicultural Affairs, allowing him to travel, provide service and explore a national community.

For Bosela, the drive to help others comes from his outgoing nature and love for interacting with those around him.

OSEMA offers students the opportunity to spend time over the college’s fall, spring and summer breaks volunteering with different projects across the country. These weeklong trips allow students to work in small groups and offer their services to various communities while also getting the opportunity to travel.

Bosela’s first trip with OSEMA was during the spring break of his junior year, when he traveled to Kiptopeke State Park in Virginia to help with park preservation and restoration.

“That was a blast,” Bosela said. “I had a really good time with that group. I’m still friends with a lot of them now.”

Natalie Grande, a senior who attended the Kiptopeke trip with Bosela, said Bosela has an ability to communicate and connect with anyone.

“Kris can talk to anyone, which is such an amazing skill to have in a team member,” Grande said. “He was always positive and always excited, even when we were digging a parking lot for the third day. He went in with so much enthusiasm, and that’s contagious.”

Bosela’s second trip with the Alternative Break Program brought him to Washington, D.C., where he was a participant leader for the group of students who volunteered to combat food shortages. There, they worked with homeless shelters, food pantries and food distribution services.

This past summer, Bosela was a student chosen to go on a charter service trip to Camp Campbell in Boulder Creek, California, where he and other students from the college volunteered at a YMCA camp as counselors.

Bosela’s favorite memory of working at Camp Campbell was being able to create his cabin leader persona. Cabin leaders are not legally allowed to let their campers know their real names, so as an exercise, the camp staff brought Bosela and his fellow leaders into the woods and asked them to find a piece of nature that represented them to create their new name. Bosela chose the name “Sunshine” to represent his love of the sun and a past cabin leader he had while he was a kid in New Hampshire.

“When I moved to New Hampshire for the first time, we went to a place called Nature’s Classroom … and my cabin leader was named Sunshine,” Bosela said. “It was cool to bring it full circle from when I was a kid. … I tried to provide that same energy for the kids.”

Elena Haskins, a senior who attended the charter Camp Campbell trip with Bosela, said she admired the compassion and patience Bosela has with each project he tackles. She cited a particular memory of their time at camp together, when her group of campers was rowdier than usual.

“One evening they were out of control, and it was clear they weren’t going to listen to me, and I had no idea what to do,” Haskins said. “Kris came over, seized the situation and was able to save the dinner. … I won’t forget his resilience and patience.”

Bosela’s passion for community service grew while he was in high school. He worked with children through running youth camps, helping with cleanup projects around lakes near his hometown, organizing fundraisers for cystic fibrosis, and maintaining local fields and parks with his father.

While at Ithaca College, Bosela also volunteered at the Loaves and Fishes soup kitchen and participated in Service Saturdays as an undergraduate student, and this past October, he biked 100 miles to raise money for the Ithaca Youth Bureau.

Bosela hopes to bring the skills he’s learned and the experiences he’s had at college to his work as a physical therapist once he completes his graduate program. He said the way he learned how to connect with everyone, regardless of their background, will translate well to a career in physical therapy.

“With physical therapy, it’s more about the relationship that you build with your patient than it is the work that you do,” Bosela said. “Being able to build those relationships and learning how to do that with people who are literally opposites of me is the most valuable lesson I will take into my career.”