IC alum works in the White House with Biden administration 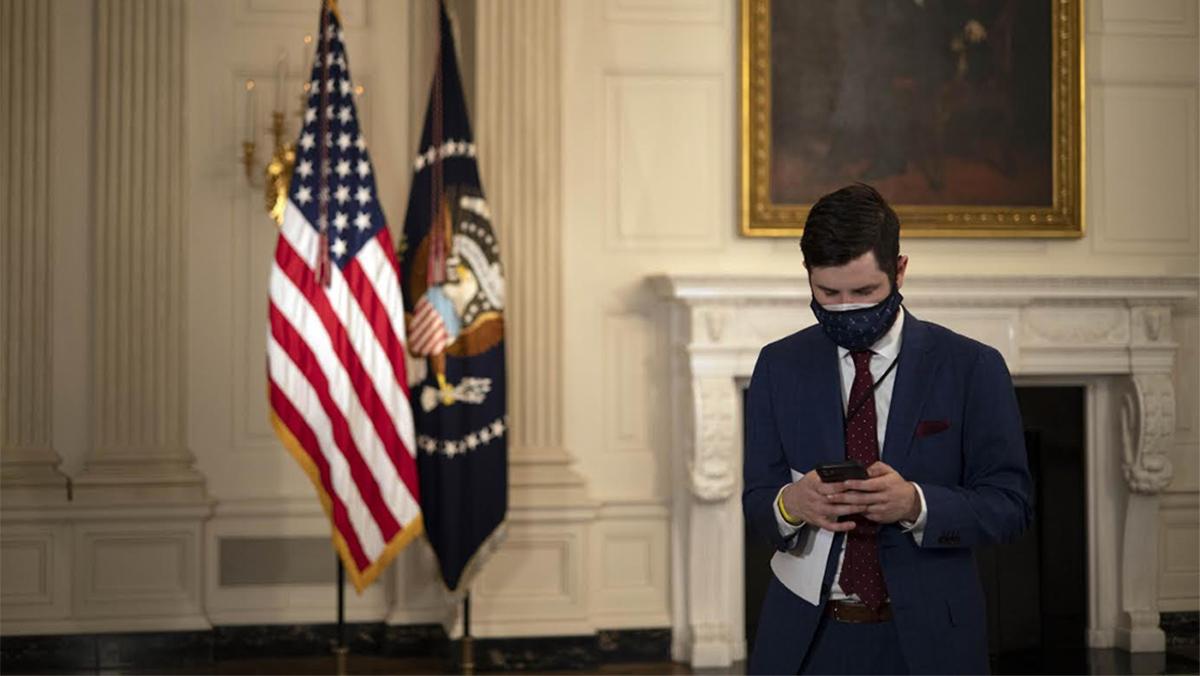 From South Hill to the White House, Rob Flaherty ’13 started his new position as the director of digital strategy for the Joe Biden administration last month.

Contributing writer Chris Tolve spoke with Flaherty about his time at Ithaca College and his time working in the White House so far.

CT: What is daily life like at the White House?

RF: It’s surreal. … Every day is different, and it has been a whirlwind. We just got in the door less than a month ago, but it feels like a longer time than that. We are still trying to figure out where the water cooler is, while also trying to communicate directly with the American public about the president’s agenda.

CT: Did you ever think you would be working at the highest levels of the U.S. federal government?

RF: No, certainly not. … I was doing Newswatch on [Ithaca College Television] and I always wanted to go into politics. But this is something of a dream job for me. … On my walk home, I leave the Eisenhower Executive Office Building and I’m facing the White House every day. It’s this crazy moment of, “I can’t believe I’m here.”

CT: How will digital strategy under Biden differ from that under the Trump Administration?

RF: We have a bunch of different core strategic needs. We have to make the government more accessible and trustworthy. But we also need to show off the president’s empathetic leadership. It is a dark moment for the country, and we have a lot of work to do, so we have to put him in those situations where he can speak directly to everyday Americans who are getting the brunt of the COVID crisis. … So, part of our strategy is to get off of the White House platforms and on to the influencers, creators and YouTubers to communicate with folks wherever they might be online.

CT: What challenges did you face during the transition after the election?

RF: It is public record that the transition was not given all of the information that it would have liked to be given. That said, it was still one of the most successful transitions of all time. With the speed at which they staffed the government and the effectiveness with which they got an agenda up and running, they were certainly able to overcome those challenges.

CT: Has your experience working with Biden been different from your work with Clinton?

RF: After the last four years, President Trump was no longer a hypothetical. … We ran a campaign that fit the moment, but it was also entirely virtual. I did it from my apartment in D.C. rather than campaign headquarters in New York City. … I much prefer the outcome of the Biden campaign to that of the Clinton campaign.

CT:  How does your time at Ithaca College affect your work today?

RF: I think Ithaca is a school that graduates people who go do stuff while also being really thoughtful about it. … When I was in school, I was a TVR [Television-Radio] major and a Politics major, so I had a political theory background while also working every day at ICTV and student government. … My first job out of school was an internship, and the thing that set me apart was that I had video editing skills.

CT: What advice do you have for current students?

RF: If you want to go into this line of business, it is really rewarding. … So, go out and get experience. Start knocking on doors. … In this world that we are in where everything is being reinvented all of the time, we really need thoughtful doers, people who can think critically about the world around them and then execute. By the nature of being a part of the Ithaca College community, you’re well set up for that. Just go do it.