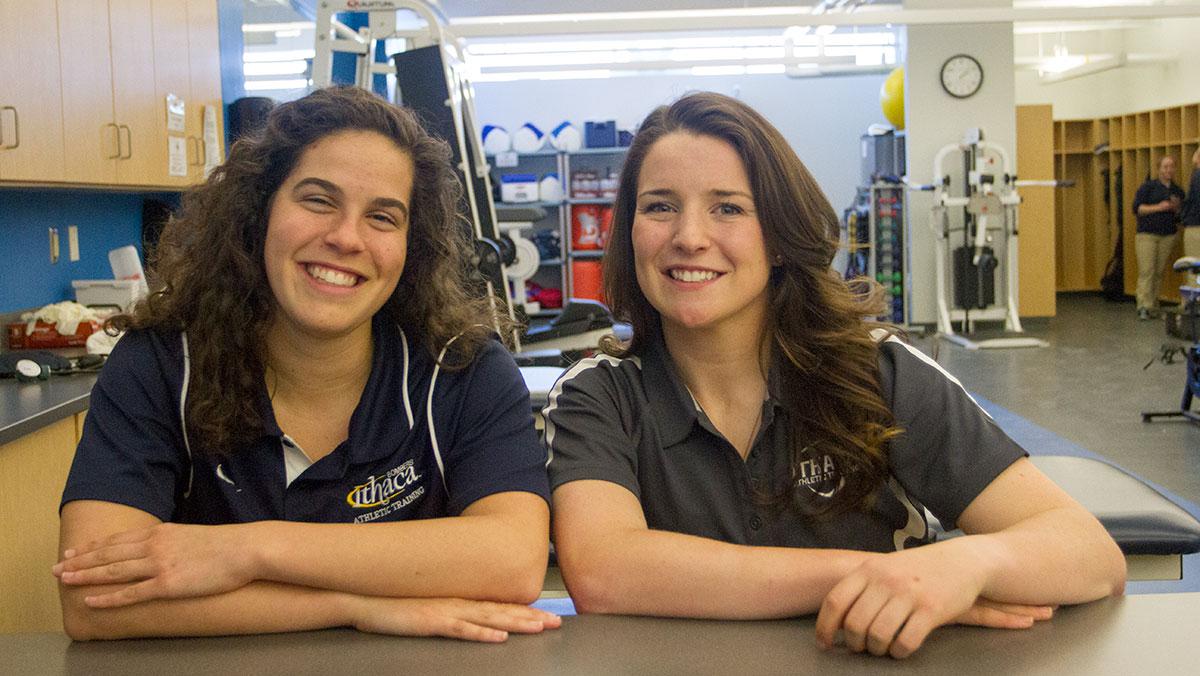 Ithaca College’s athletic training program can now provide its students with an opportunity to study abroad, which has been virtually unheard of in recent years.

The program was created by Paul Geisler, exercise and sport sciences program director. He said since the athletic training program’s strict course load didn’t provide many opportunities to study abroad, he had been in search for a fitting program when he discovered the Institute of Technology Carlow.

“One of my frustrations for years is trying to find somewhere that our kids could go abroad,” Geisler said. “Most of our classes are one time a year, so, our kids just can’t walk in and go, ‘Hey I want to go junior year abroad.’ Some of that’s due to our curriculum itself, some of it’s due to the professors’.”

Rosenthal said she thinks the exchange program will boost the college’s reputation for having an exceptional athletic training department.

“We already have a really good athletic training program, so having this exchange program is going to keep us up there and in the forefront of things,” Rosenthal said.

Given the rigor of the college’s athletic training curriculum, Rosenthal and Condon will have to fulfill at least 12 credits and remain full-time students while at the Institute of Technology Carlow, Geisler said. They will take classes focused on sports medicine and athletic training in addition to completing clinical hours, he said.

While Rosenthal and Condon will still be fulfilling requirements for Ithaca College, they will be doing so with different tools and methods. For example, most European countries perform athletic training using hands-on techniques, while the United States has more machines and tools. Also, Geisler said the major athletic teams in Ireland include hurling and Gaelic football, which will allow the students to pick up additional skills they may not have learned in the United States.

Condon said the exchange program is a key step in uniting the United States’ and Europe’s medical fields.

The college has already welcomed two of the Institute of Technology Carlow’s students: Patrick McEvoy and Dean Gillespie. They are in their final year at the Institute of Technology Carlow and have chosen to do their clinical work at Ithaca College this spring as part of the exchange program. McEvoy is working with the men’s lacrosse team and Gillespie is working with the baseball team.

McEvoy said he chose to attend the college because it is a Division III school, which allows him to practice and work more with the athletes.

“I didn’t want to go to a D I school, just because of the level the athletes are at, you’re not going to get much hands-on experience,” McEvoy said.

Initially, Gillespie said the college’s athletic training work ethic was difficult to adjust to, but eventually he adapted and realized it is an effective system.

“Working here at Ithaca College, it’s more kind of free flow,” he said. “So, you can be treating three or four patients at once and kind of trying to juggle between patients, whereas at home it’s more in a [physical therapy] clinic where you have a set hour to work with one patient. It took me a while to get used to it.”

Working with so many athletes has allowed Gillespie to create strong bonds, he said.

“When you get to work with a team for an extended period of time, I’ve kind of got to know all the people on the team very, very well,” Gillespie said. “You can interact with them, you can have fun while you’re doing your daily rehab, but they take you seriously at the same time.”

In fact, both Gillespie and McEvoy enjoy working with their assigned teams so much that they declined switching sports after spring break, as originally planned, McEvoy said.

Geisler said the application process was detailed because he wanted to send the most qualified students for the first semester of the program.