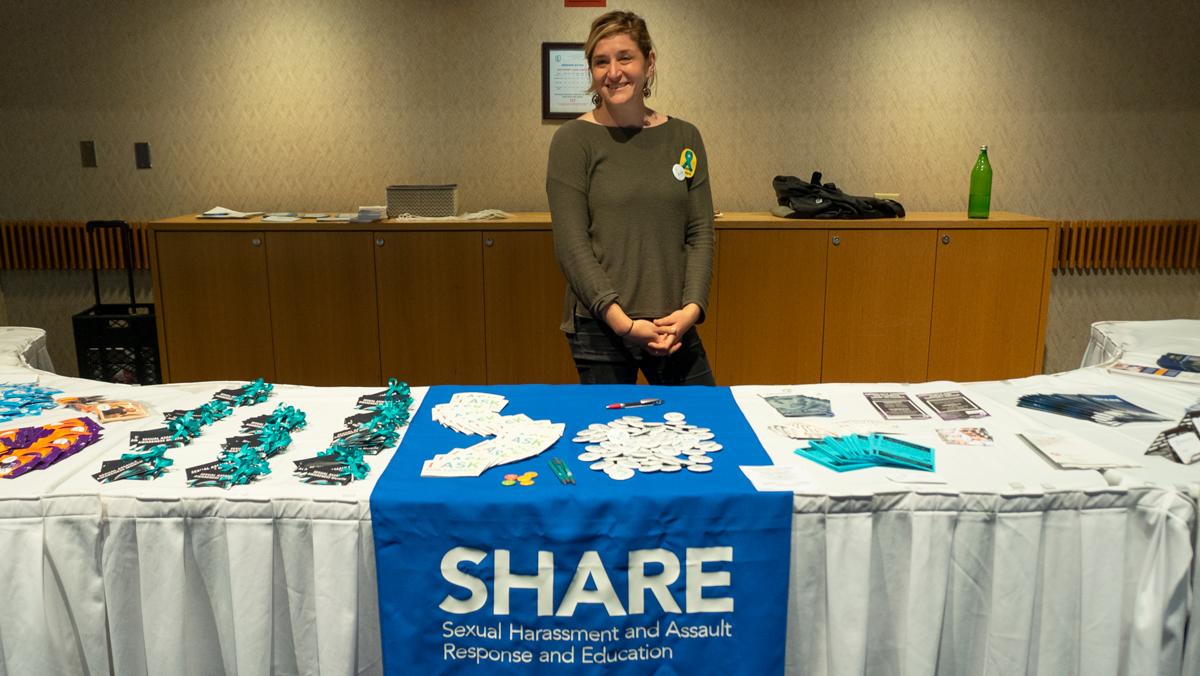 There were approximately 40 students, faculty and staff in attendance at the event, now in its second year. The committee is organizing the rest of its events around the National Sexual Violence Resource Center’s (NSVRC) theme for Sexual Assault Awareness Month, #IAsk, to highlight the importance of asking for consent. After the April 9 kickoff, there will be an IC One Love escalation workshop April 11, a discussion on affirmative consent April 15, two bringing in the bystander workshops April 16 and 24, an Ithaca College Girl Up panel about sexual assault awareness April 17, and a Take Back the Night march and rally April 26. The final event will be a screening of “Impacts of Intimate Partner Violence” on April 29.

The college community has also been personally grappling with conversations about sexual assault. A social media post alleging that a student at the college has raped multiple women of color on campus is being widely circulated. The Ithacan has not been able to independently verify this accusation; therefore, the student’s name is being withheld.

The college held a conversation about the social media post April 8 to provide women of color a safe space to talk about sexual assault and sexual violence. Since then, some student organizations have posted messages of support for survivors of sexual violence, specifically honoring the strength of women of color.

Dave Maley, director of public relations, said that the college encourages victims of sexual assault or those who know of a victim of sexual assault to contact the Office of Public Safety and Emergency Management or the Title IX office.

Maggie Wetter, Title IX deputy coordinator, said the Sexual Assault Awareness Month events help the committee connect to individuals that it would not normally engage with on campus. For example, Wetter said, the committee often works with the One Love Foundation, an organization that raises awareness about the warning signs of abusive relationships, and has members of that organization coming to its events.

“We’re trying not to get just the same people that we see all the time,” Wetter said. “And, we really are trying to appeal to a wide array of identities and intersectionality around sexual violence because often in media it’s portrayed in one scope, … which is typically only a woman’s issue or only a white woman’s issue.”

This year, the committee is turning to sources on campus to speak or present at its events unlike its tactic last year, which was to hire some of the speakers. Wetter said the committee received feedback suggesting that instead of bringing in speakers, the committee could have presenters from the college who are doing work relevant to these discussions.

Junior Clare Nowalk, office assistant in the Title IX department who is on the committee, gave a basic overview of how people get involved in sex trafficking and the factors that keep them involved at the kickoff event.

Nowalk said she did an independent study with the sociology department in Fall 2018 about sex trafficking in the U.S. and wanted to present it to the campus community. She said her research focuses on using sociology and understandings of inequality to analyze how sex trafficking happens and what makes an individual vulnerable to sex trafficking. According to the New York State Office of Children and Family Services, at least 10 youth in Tompkins County have been identified as having been trafficked or at high-risk of trafficking in 2018.

“It is a human issue, and the fact that it exists and is happening within our country means that people are being hurt,” Nowalk said. “And the fact that it continues to happen, and the rates continue to go up, means we’re not noticing it, and maybe there is something people can do in everyday life.”

Senior Joe Cruz presented on how the current political tensions surrounding immigration connects to sexual violence. He also said the event allowed for the campus community to reflect on its relationship with sexual violence.

“I think it’s really relevant because this campus has had a history of sexual violence against people — women, men, anybody,” Cruz said. “It definitely shows there’s a bigger system. The government’s at fault. We’re all at fault.”

Nowalk said it is important for the college to do a full month of programming held through the Sexual Violence Prevention Committee to bring all the events related to this topic together.

“It’s a month where we can not only correspond with the National Sexual Assault Awareness Month and line up with that, but we can also dedicate time to celebrating survivors of any kind of sexual violence and raising awareness actively on campus,” Nowalk said. “It’s really an opportunity to reach people in a way they might not be reached sporadically throughout the year.”

She said the events this year will be more interactive and allow attendees to have more access to resources. Nowalk said the committee also made efforts to have confidential resources at as many of the events as possible in case people are triggered or have questions and need someone to talk to.

Wetter said that the committee has its own budget for the series and that she tries to work with other offices to provide resources for the events. She said most of the events are self-run and do not have a lot of costs associated with them. Most of the expenses went toward the kickoff event, which has historically garnered the most attendance.

“It’s a really amazing opportunity for people all over Ithaca — community members, Cornell, IC — to come together and celebrate survivors,” Nowalk said. “It’s going to be a really empowering event.”