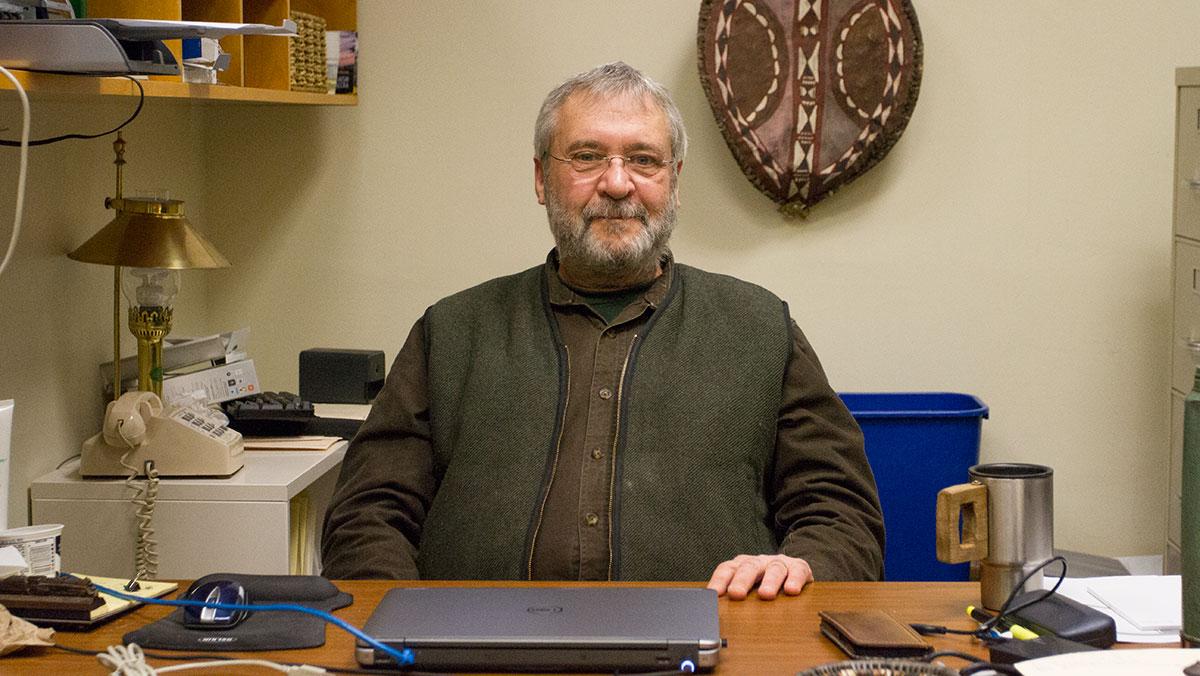 “It was mysterious and dark, the heart of darkness,” David Turkon, associate professor and chair of the anthropology department, said. “I didn’t know what I was going into, but I knew I was going to a place called Africa.”

Turkon said he felt like he was in the Westernized portrayal of Africa as he flew past Mount Kilimanjaro for the first time back in 1987. However, he said reality hit him hard as his plane grounded into an urbanized area.

“The first time I went there, I think of that song by Toto, called ‘Africa,’” Turkon said. “There’s this kind of stereotype of Africa: It’s a mysterious place with drums beating in the night … somewhere in the back of my mind that world was where I was going. I realized that I had all this bulls — in my head.”

The first year he flew to South Africa was 1987 at the encouragement of a friend he went to graduate school with at the University of Buffalo. This is when he said he got hooked on the idea of doing his dissertation research on sociocultural institutions in that area, specifically in Lesotho, a small country surrounded by South Africa. He then went back in 1989 to gather more information for his dissertation research, and he finalized his work in 1991–92. He said he now travels more frequently to the location, about every year or two, to keep up-to-date with the people he has established relationships with.

While in Lesotho the first time, Turkon said he and his friend from graduate school, Michael Matsunyane, who is from the country, took a trip to South Africa during the times of apartheid. He said he witnessed segregation, being treated differently from Matsunyane.

“We walk into a restaurant, we sit down and we order the exact same thing off the menu — I get a big portion on China plates, he gets a little portion on paper plates,” he said. “He’s black, I’m white. This was petty apartheid. This is what kept your inequality in your face all the time.”

When he began his research, Turkon was in graduate school and decided to do his dissertation on Lesotho because of the personal connections he has there through his friend. He said he was interested in topics such as political conflict, economic development and inequality issues. However, when HIV/AIDS hit this part of the region, he said it was devastating because the life expectancy went from somewhere in the 50s down to the 20s.

“It was at that point that I decided that I should take what I know about this country and the research I had done on it … and try to use it towards helping in any way that I could, with the HIV/AIDS problems that they’re having down there,” Turkon said.

He said he worked with the University of Lesotho to put together some prevention programs. The main prevention program that he designed within his research and tried hard to implement, and which was most enforced, was the ABC approach, which encouraged abstinence, being faithful to one partner and or using a condom when having sex — all of which he said were influenced by ideologies from the United States.

After completing his dissertation, Turkon then moved onto working with nongovernmental organizations, like Catholic Relief Services, with which he is currently working. He said this provided him with opportunities to test strategies for incorporating social relationships as a tool for monitoring and evaluating projects related to conservation agriculture, homestead gardening and administering care to orphans with AIDS.

Turkon said he got involved with homestead gardening and conservation agriculture recently, which are little technologies that allow people to produce surpluses of produce within their backyard.

Currently, Turkon said he has been focused on collaborative research with colleagues in Lesotho dealing with issues in childhood development and what makes for a hearty, healthy child, along with evaluating conservation agriculture projects.

Daniel Weller ’12, who is currently a teaching and research assistant at Cornell University, had Turkon as an adviser while he was majoring in anthropology at Ithaca College. He said Turkon was instrumental in helping him determine his major and publish an academic paper.

“He’s really good at turning the negative into positive … [and] he’s able to convey very complex abstract ideas in easily understood ways, which takes a level of skill that a lot of people don’t have,” Weller said.

Denise Nuttall, an associate professor of anthropology at the college, said she has worked with Turkon since she first arrived at the college in 2006. She said she works closely with him in areas such as curriculum, student relations and general departmental business, and thinks he is a wonderful colleague.

“Professor Turkon’s vision for the department has always been one which is inclusive of other types of knowledge, which builds upon the essential interdisciplinary nature of our discipline of anthropology,” Nuttall said.

Turkon said all of the experiences he has gained through his traveling and studies have made him look at his own culture and beliefs that he has gained within the U.S. under a microscope, including the way Americans see themselves and the lives they are able to live. He said the premise for his research is not to help the people in Africa, a viewpoint he sees as patronizing, but to learn more and volunteer among his colleagues.