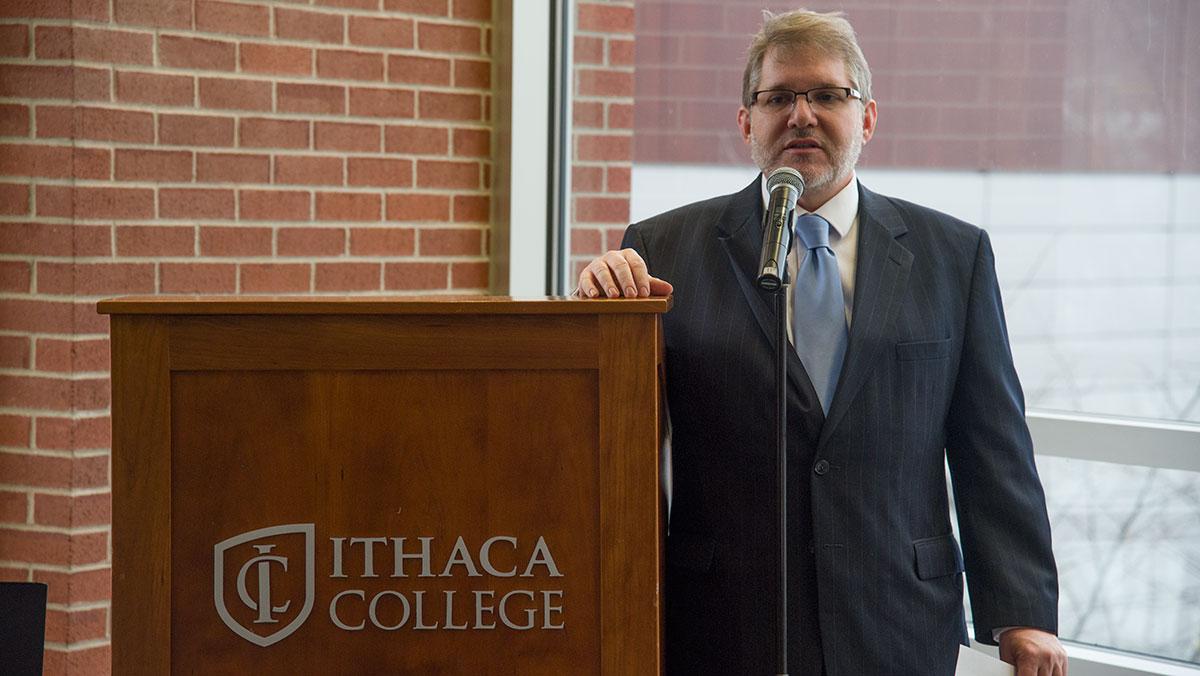 Ithaca College is in the beginning stages of The Middle States Commission on Higher Education reaccreditation process, a procedure to evaluate if the college is reaching certain standards of quality higher education, to continue to receive federal financial aid for students and give degrees.

Benjamin Rifkin, provost and vice president for educational affairs, is head of a team monitoring this reaccreditation process. He said for late Fall 2017, the college must submit a self-study report to the commission. The college began the self-study report in January.

“If we’re not accredited, our degree means nothing,” Rifkin said.

Middle States evaluates colleges and universities of the mid-Atlantic region every five years. The self-study report at institutions is the most comprehensive evaluation. Occurring every 10 years, the process as a whole assesses a college’s accountability, improvement and institutional mission by using set standards and peer review, according to its website.

For the seven standards, seven working groups — which include faculty, staff and students — were formed in Fall 2015 before starting the self-study outline. These groups are responsible for gathering documentation on each of the standards, which will then be put into an electronic document that the campus community can access this summer.

For the 2016–17 academic year, each working group will draft its respective sections to be compiled into the self–study.

In Fall 2017, the full report will be shared with the campus community for comment and feedback, and then sent to Middle States. In Spring 2018, volunteer peer evaluators from other schools accredited by Middle States will visit campus to review the self-study and give feedback.

Luke Keller, professor in the Department of Physics and Astronomy, is a co-chair of the steering committee for the self-study process and is responsible for keeping the committees on track during the self-study drafting. Keller said he helps lead the working groups and is making a “self-study design.”

The self-study design is an outline that demonstrates how the working groups will address the seven standards next fall.

The design is sent to the liaison at Middle States, Tito Guerrero, vice president of institutional field relations, who is a consultant to make sure the college is succeeding in the process. He will review the self-study design and determine if the college can begin the reaccreditation process in Fall 2016.

“It’s kind of like being in a pass–fail class,” Keller said. “He’ll say, ‘Well it looks like you’re good to go,’ or … ‘You should really look into this’ … but they’re very clear that they do not want to dictate what we do; we just have to show that we meet the standards.”

Guerrero will be visiting May 5 to meet with the co-chairs, President Tom Rochon and Rifkin. There will also be an open meeting for the campus community to discuss the reaccreditation process.

The last reaccreditation process for the college was eight years ago in June 2008. The Ithacan reported in 2012 that the college was assigned a monitoring report, due in April 2010, to address the lack of an assessment program for student learning and a general education system.

Johnson said part of the self–study is reflecting on what the college needs to work on. This year, a spotlight will be on diversity and inclusion, with the protests regarding racial climate that went on last semester, Johnson said.

Rifkin said diversity and inclusion will be reflected in the self-study.

“The purpose of the self-study is not to say this is a perfect utopia because it’s not,” Rifkin said. “Thanks to the work of our student leaders last semester … we have become, as an institution, far more aware of institutional racism … and it has been and continues to be a learning experience.”

Rifkin said he believes the reaccreditation process is of significant importance and there is nothing in the way of the college’s being reaccredited.

“If you think of any institution that is an important institution in this country … they’re accredited,” he said. “We will be reaccredited. We meet all the standards.”