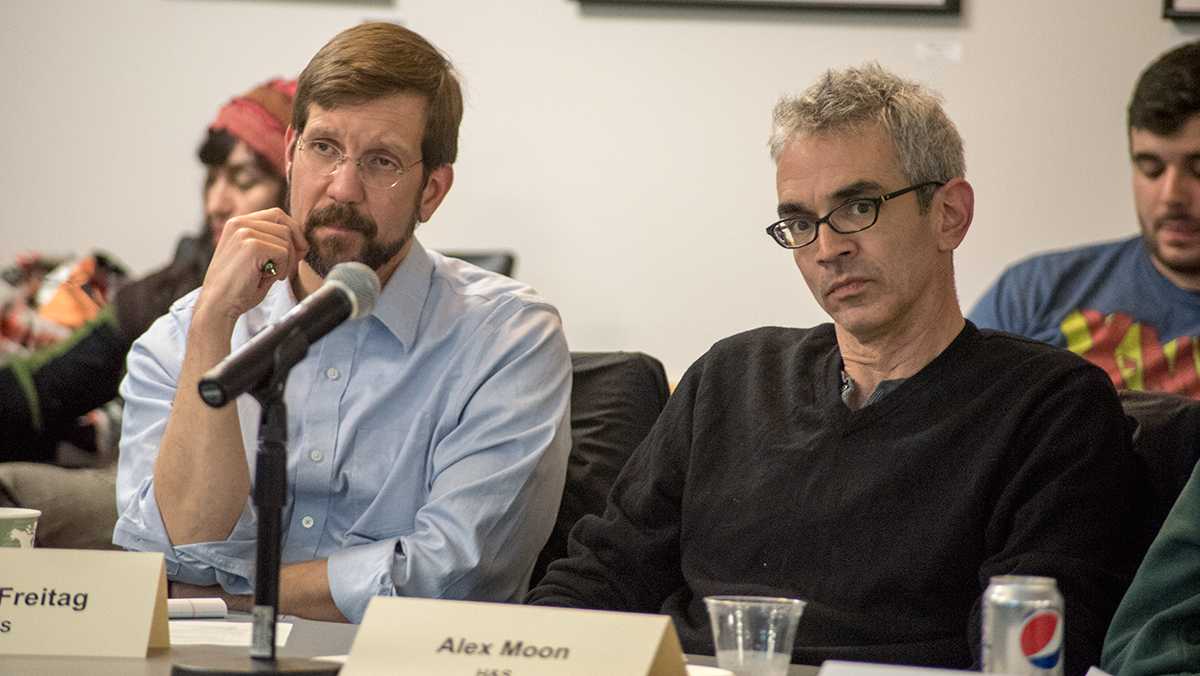 The Faculty Council created a diversity and inclusion task force to organize information and formulate a plan to combat problems of racial tensions on campus.

The motion, passed by Faculty Council Nov. 10, mandates that the task force come up with a plan for the “orientation and continuation of education for the exposure of issues relative to diversity and inclusion, to organize programming, a symposium, etc., which includes all levels of the IC community.” The task force has also been directed to create a database for faculty to use to educate themselves about how to handle diversity and inclusion issues within the classroom and on campus.

Peter Rothbart, chair of Faculty Council, said the database would be a place for faculty to go for information about how to handle racially insensitive issues that occur.

“An overriding concern that I hear is that faculty don’t not want to take action — they don’t know what to do,” Rothbart said.

Rothbart has already organized a list of potential resources for faculty to use both on and off campus. The task force is intended to expand this list and strongly encourages departments to choose which resources would be best to help educate their faculty.

The database will also be equipped with examples of real-world scenarios of racial insensitivity to train faculty how to best handle the situation, Rothbart said.

Bradley Rappa, assistant professor in the Department of Media Arts, Sciences and Studies, was concerned that this database might be used as a reaction tool rather than as a preventative tool. He said he wants faculty to be equipped with this information beforehand to combat problems that arise.

“Many of us come from a privileged standpoint, and we are trying to evoke change … but it won’t be very effective after the fact,” Rappa said, explaining that ill-educated faculty would just be reacting in an “apologetic” way, rather than initially preventing the problem.

Deborah Rifkin, associate professor of music theory, history and composition, said she wondered if this database and education will be enforced effectively by department chairs.

“Those who need this most are those who are least likely to look for it,” Rifkin said.