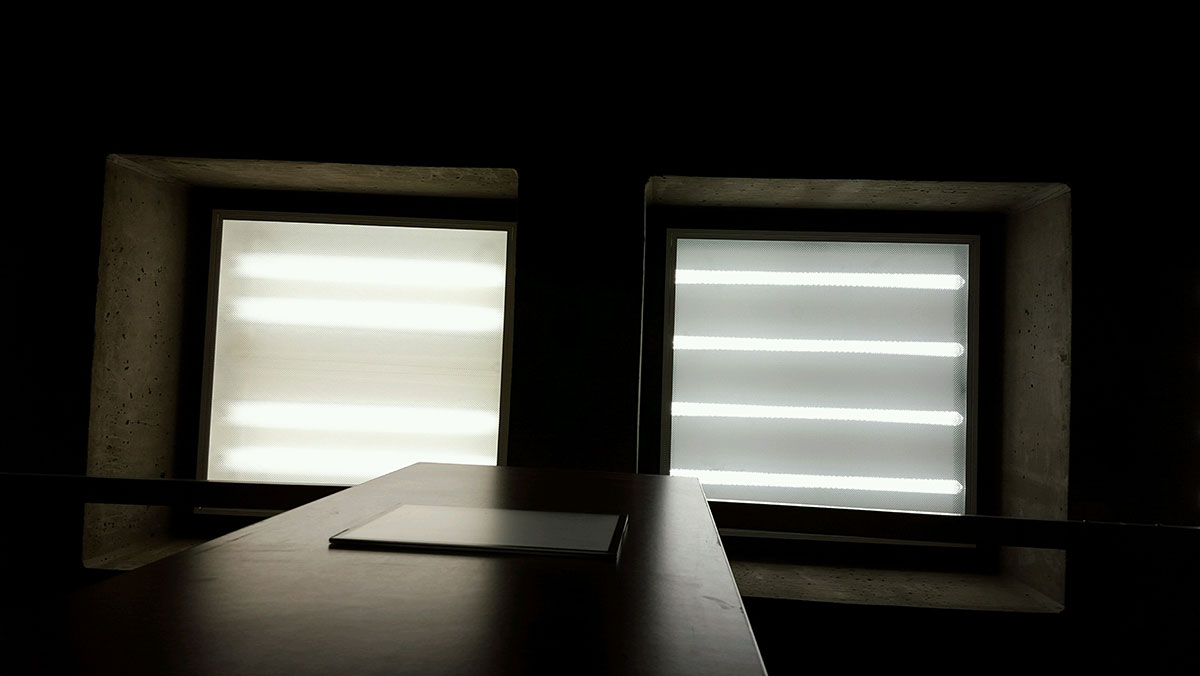 Courtesy of Tim Carey
Ithaca College is incorporating sustainability in their efforts to address deferred maintenance. The college has started a project to reduce the Gannett Center's lighting costs by 70 percent by upgrading lighting to LEDs. On right, energy-efficient LED and on left, traditional lighting.
By Kyle Arnold — Assistant News Editor
Published: March 31, 2016

Ithaca College is incorporating sustainability into its efforts to address $188 million of deferred maintenance.

As a result of an aging campus, the college has seen a buildup of deferred maintenance, which has exceeded $200 million in recent years. Deferred maintenance covers issues like cracks in concrete, or loose handrails or aging mechanical equipment, grouping projects into an agenda according to when they should be finished.

“The deferred maintenance project list that we are pursuing —  it does provide an opportunity to incorporate sustainability,” Carey said.

“I look at deferred maintenance and things coming up this summer … and say, ‘Are there any things we’re planning on replacing … and if so, is there a more sustainable option, a more energy-efficient option?’” Gagliano said.

Gagliano said, for example, he will be involved in the replacement of the boilers in Job Hall as well as numerous other boilers in the Towers Dining Hall, James J. Whalen Center for Music, Alumni Hall, the Dillingham Center, the Campus Center, the Gannett Center and others.

Over the summer, the college will be replacing old lighting with more energy-efficient LEDs as a part of annual classroom updates — an annual modernization of classrooms, which includes the replacement of carpeting, ceiling tiles, whiteboards and more.

Carey said, the college has commenced a project to update lighting with LEDs in the Gannett Center, which is open for the majority of the week. He said the project will reduce lighting costs by 70 percent.

In addition to several updates to mechanical systems on campus, the envelope systems — physical separators between the conditioned and unconditioned environment, such as windows, roofs and walls — will be updated as well. Carey said there are numerous windows that need to be updated to be double-pane, which insulate more efficiently than single-pane.