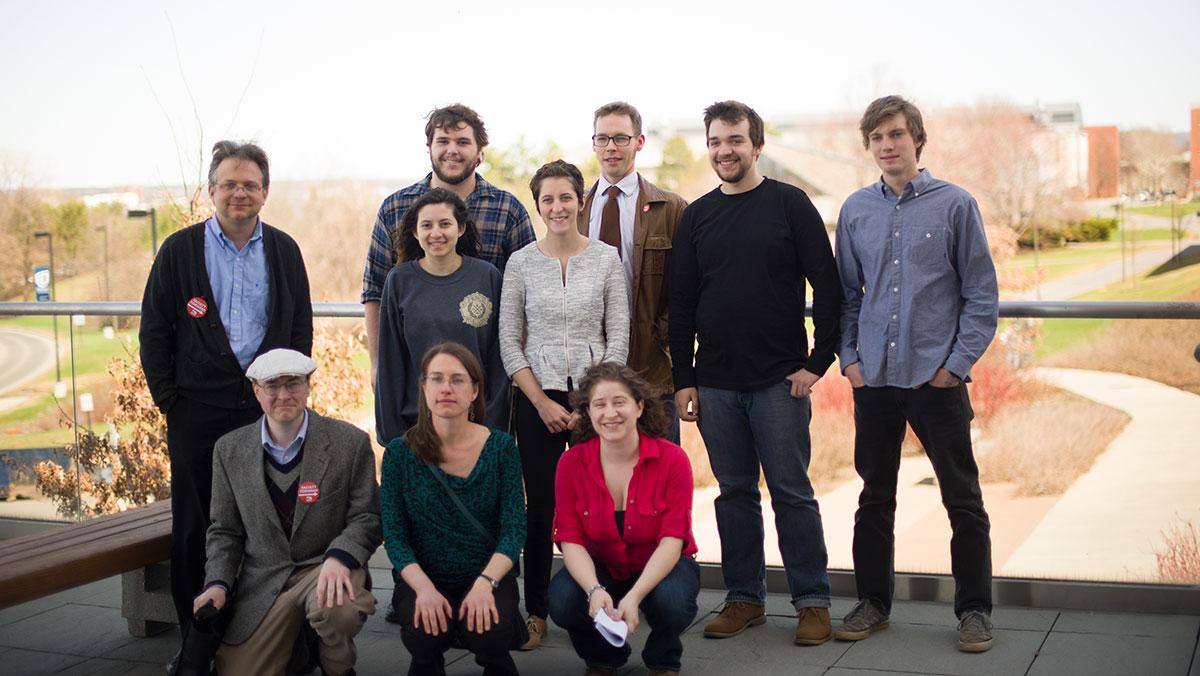 After electing to unionize in May, Ithaca College part-time faculty members have identified increased compensation as a major priority heading into negotiations after spending the summer forming a bargaining committee.

“A lot of the issues that have come up are similar to the issues that adjuncts are having nationally,” Kaufman, a lecturer in the Department of Writing, said. “A lot of people are concerned with our low pay.”

The college’s administration is also in the process of forming its bargaining committee. Nancy Pringle, senior vice president and general counsel for the Division of Human and Legal Resources, said while the committee hasn’t been finalized, it will include herself, a dean, a full-time faculty member and legal council from Bond, Schoeneck & King, which has been criticized by some full-time faculty for being an anti-union organization.

Pringle said despite the criticism from faculty on their Union Facts website, the college has always respected the part-time faculty members’ power to unionize.

“We, right from the beginning, said we respected the right of our employees to make the determination whether they wanted a union or not,” Pringle said. “So when the vote was they wanted a union, we said OK. Now we’re moving to the next phase.”

Pringle said the first bargaining session has not yet been scheduled, as the college is currently collecting data for the part-time faculty committee on the use of part-timers on campus.

In negotiating the first contract, everything needs to be negotiated, while in future contracts, many things often carry over. Rochon said at other colleges and universities, it has taken a year to negotiate a contract.

Adjunct Action and Faculty Forward are two Service Employees International Union campaigns that are at the center of part-time faculty unionization efforts. Adjunct Action helped organize and promote National Adjunct Walkout Day on Feb. 25, in which adjuncts at colleges across the country walked out in protest of their working conditions. Faculty Forward’s mission statement includes calling for $15,000 in total compensation per course.

In New York, part-time faculty members at three additional colleges — Siena College, College of Saint Rose and Schenectady Community College — have unionized in the past year.

“I think seeing adjuncts at other schools unionize is incredibly inspiring and gives you a lot of courage to do it,” Kaufman said. “Because that’s a big problem … without a union, adjuncts feel really disposable.”

Both Kaufman and Pringle said they hope to begin bargaining in the fall, but no timeline has been set yet.

Pringle said the administration is willing and ready to begin the process.

“We’re prepared to come to the table, bargain in good faith and hopefully get a contract,” Pringle said.

Kaufman said she feels like she has gained a more tangible place in the college community.

“Now that we’ve won the union, it’s made me feel like I have more rights,” Kaufman said. “I do feel a little more stable when it comes to my future, but not just mine — the future of all part-timers.”