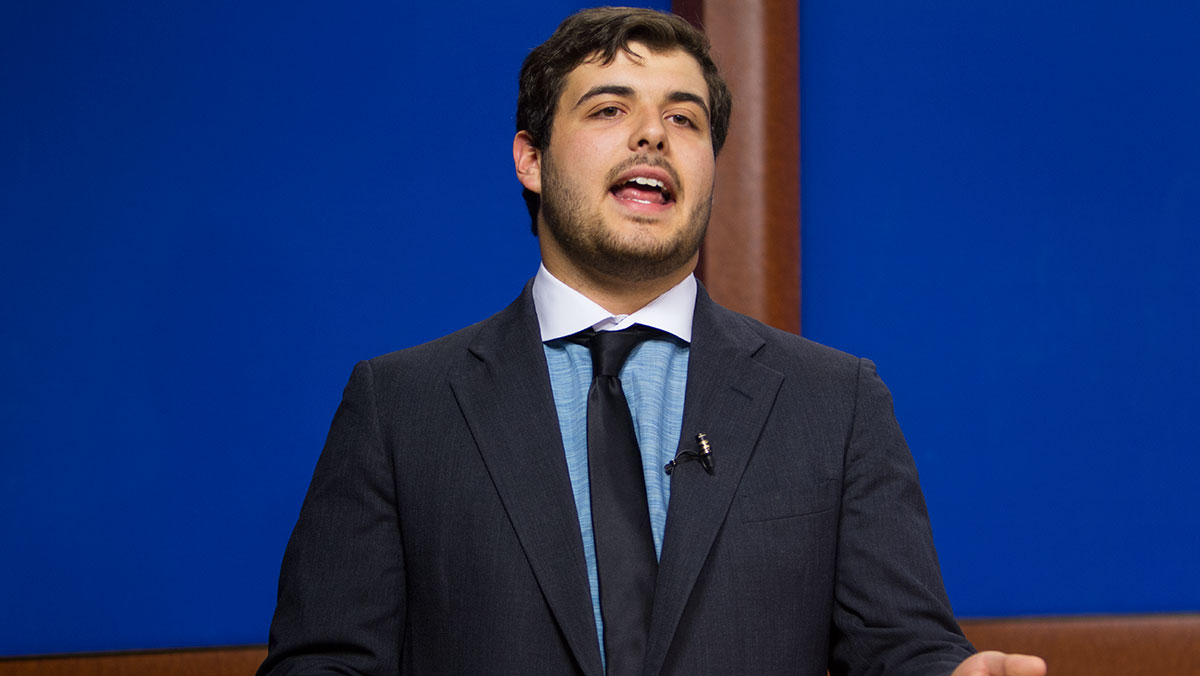 Ithaca College is planning on administering a new campus-climate survey next fall, four years after the previous climate survey, which revealed a stark perception gap between different groups regarding diversity and inclusivity on campus.

Benjamin Rifkin, provost and vice president of educational affairs, said the college is finalizing the hiring of an outside consulting group to work with the college to begin putting together a new campus-climate survey with the intent of administering it next fall.

The contract will be reviewed by an attorney for the college, and Rifkin said he is hopeful there will be a campus–wide announcement that the college has hired the company by the end of September. Rifkin did not name the company because the contract has not yet been signed.

Rifkin said a group that included himself, Roger Richardson, associate provost for diversity, inclusion and engagement; Michelle Rios-Dominguez, manager of diversity and inclusion for the Office of Human Resources; and senior Dominick Recckio, president of the Student Government Association, worked together to choose the firm for the survey.

Recckio praised the administration’s hiring of an outside consultant for the survey, which he said was something students specifically asked for. Senior Elijah Breton, a former SGA senator who in October 2014 co-authored a bill to address microaggressions in the School of Health Sciences and Human Performance, said an outside contractor forces the college to face the results of the survey in a way that conducting the survey internally does not. Breton said he hopes this will force the administration to make any necessary changes following the release of the survey’s results.

The release of the results of the last campus-climate survey, which was conducted internally, was the subject of repeated delays by the administration and was not released until February 2015. However, Recckio said while progress has been made on the important topics covered in a campus-climate survey and another survey is a step in the right direction, the college still has a long way to go in terms of diversity and inclusiveness.

“It just seems like there’s a lot of work being done, but it’s not the real work yet,” Recckio said. “So hopefully we can still do a lot of things to fight against microaggressions and racism and sexism on campus … I just don’t think we’re necessarily there yet. And I think this is a good start, but it’s only the start.”

“[They] made a very compelling argument that the survey is more powerful when it’s informed by the focus groups, and it takes that amount of time to get it,” Rifkin said. “Can we speed it up? Maybe, and we still need to have a conversation with stakeholder groups about that.”

Rifkin said he understands the desire to conduct the survey as soon as possible, but he also recognizes the value of getting valid results. However, he said he believes the company needs to justify that longer process to the campus community.

The push for another survey comes on the heels of the release of the last survey’s results, which showed a difference in perception between white students and African, Latino, Asian and Native American students regarding diversity and inclusion on campus. Although the results of the 2012 survey were originally expected to be released in Spring 2013, in February of 2014 Mark Coldren, former associate vice president of human resources, said the data analysis was still incomplete. The release was held off until pressure from the student body and the SGA intensified, prompting the results to be released Feb. 9, 2015.

The released survey showed that 57 percent of white students believed the college put a high priority on diversity and inclusion, while only 26 percent of ALANA students agreed with that statement. The survey also showed a perception gap between campus community members who identify as heterosexual and those who identify as lesbian, gay, bisexual or transgender.

Recckio said a future campus-climate survey will allow the college to build on the last survey and continue the discussion on the issues brought up in it.

“I think that this one will have the chance to highlight issues in big ways, and by that I mean sort of from the first one a lot of conclusions can be made. The numbers are staggering,” Recckio said.

Breton said he believes another campus-climate survey is necessary after the last one.

“I think had [the college] done it the right way the first time, I might have said no, but given how poorly it was executed, I would say there is a need for one, and if they’re going to do it, they absolutely need to get it right this time,” he said.

Breton criticized the rollout of the results of the last survey and also said he felt the questions were vague, and there wasn’t enough of an effort made to get as many students, faculty and staff to respond to the survey as possible.

Rifkin said he has had the chance to review the last campus-climate survey and said the results didn’t surprise him.

“White people think that things are pretty good,” he said. “People who aren’t white have concerns. I want us to do better — I want us to be better … And having this survey is a way for us to collect the information that will allow us to come up with ideas.”

Breton said he is going to reserve judgement about whether the next survey will be handled better, although he said he is encouraged by the hiring of an outside contractor.

He said the questions in this next campus-climate survey need to pertain to inclusiveness on campus and whether progress is being made on that issue.

“I think that there should be questions about … if we feel as though changes have been made recently to improve the overall campus climate, if we feel as though the administration is doing their job in making sure that all students feel welcome and included on campus,” Breton said.