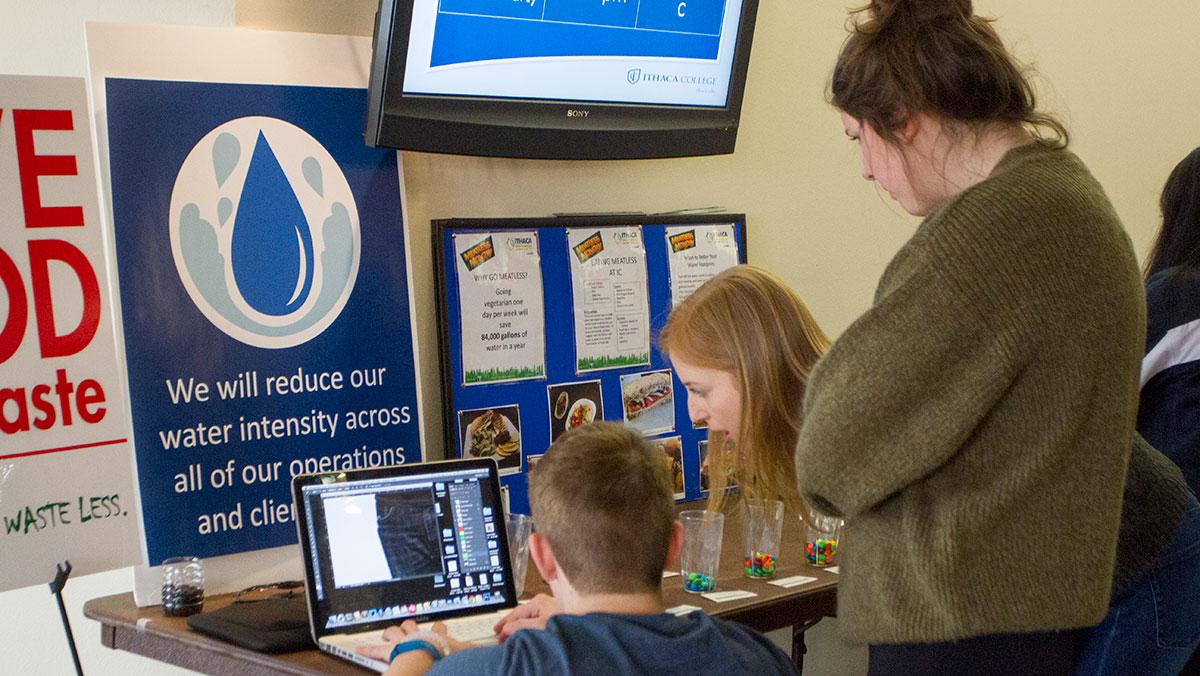 Following the success of last year’s Ithaca College Energy Challenge, a competition among the residence halls to reduce energy consumption, this year’s challenge was extended two weeks and recognized two winners, Rowland Hall for lowest overall energy use and Terrace 6 for most reduced energy.

Rowland Hall had the lowest energy used out of all residential housing, not including the Circle Apartments, totaling 20.9 kilowatt-hours per capita. Terrace 6, winning the award for most reduced power used, began at 69.55 kwh per capita and reduced its consumption to 30.3 kwh per capita, which resulted in a total reduction of 39.25 kwh per capita. The IC Residence Hall Association, the Office of Energy Management and Sustainability, and the Resource and Environmental Management Program sponsored the challenge and awarded ice cream parties to the winners.

Sophomore Jen Francisco, a resident assistant in Rowland Hall, said she made an effort to teach residents on her floor the simple ways to save energy.

“My floor definitely made an effort to cut back,” Francisco said. “I encouraged my residents to turn off the lights when they left the room, unplug chargers when not in use and shut the bathroom lights off when nobody was in there.”

Sophomore Ella Sciocchetti, a co-planner of the event, said this year’s energy challenge added a category for most-reduced power in order to account for the varying power use in different areas.

“Last year we discovered that the Garden Apartments just generally have lower energy consumption,” she said. “We figure more people are out of their rooms, things like that. So to make it more fair we added two kinds of winners.”

Sciocchetti’s community in Lyon Hall, which saw the greatest overall reduction of energy use in last year’s challenge, also implemented a number of methods to save energy such as posting sticky notes on light switches to remind people to turn off the lights. Community members also wrote energy-saving reminders on the bathroom mirrors and turned off the LCD screens in the residence hall in order to save energy.

“It’s not that much work,” she said. “It’s the little things because if you leave your computer on all the time, that’s using a lot of energy when they don’t need it.”

“Ithaca College consumes a large amount of energy to maintain a quality living and learning environment,” he said. “Efficient use of energy conserves valuable resources, is sensitive to the environment and reduces our operating costs.”

Sciocchetti said the first two weeks of this year’s challenge, which began March 23 and ended April 20, saved approximately $1,400 in energy costs. Though this dwarfs in comparison to the college’s expenses, it still matters, Durland said.

“Everything, regardless of amount of money saved, makes a difference,” he said. “Utilities are not an insignificant portion of our overall budget, and we all have the opportunity as well as responsibility to save energy. It’s good for the planet and its life support systems, good for our community and good for Ithaca College.”